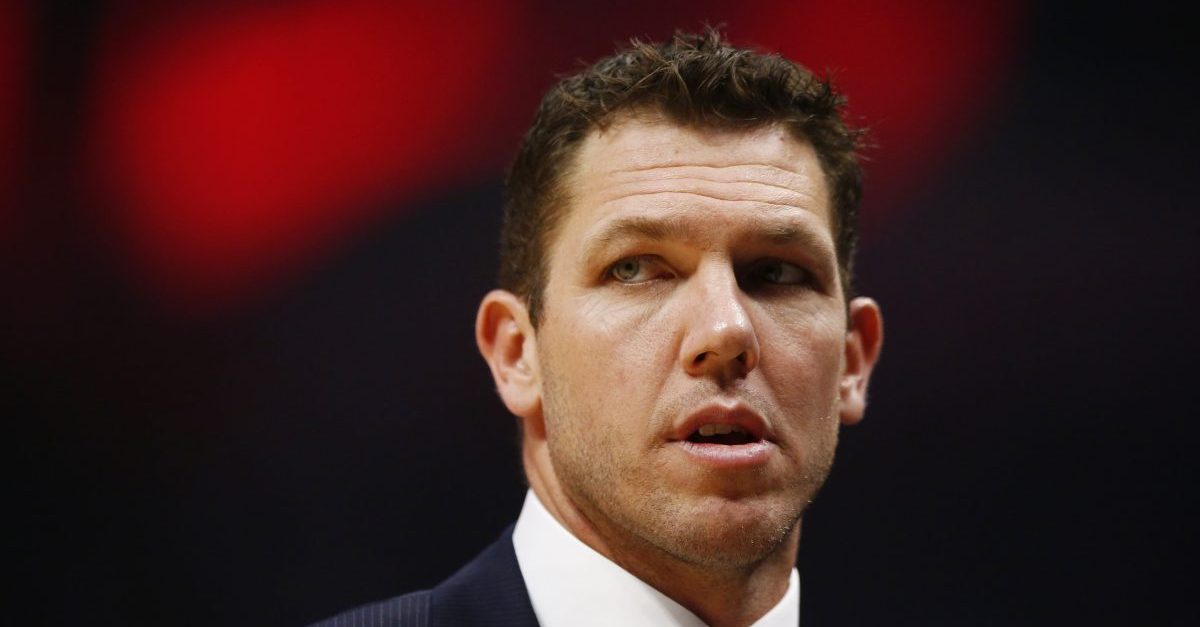 Sacramento Kings head coach Luke Walton has been accused of sexually assaulting a female sports reporter in a hotel room in April 2016. In a new lawsuit, Kelli Tennant says she went to Walton’s hotel room at his request, to give him a copy of her book, for which he wrote the foreword. At that point, the complaint says, Walton pinned her to the bed, groped her, and kissed her face, neck, and chest, while she screamed, TMZ reported.

Eventually, Tennant claims, Walton let her go. She says she did not report the incident at the time, and ended up seeing Walton on numerous other occasions in professional settings. She claims that during those encounters, he would force hugs on her, and in May 2017 he allegedly made “vulgar, guttural sounds at her” and commented on her appearance. At this point, Walton was the head coach of the Los Angeles Lakers.

Walton, a former player and son of NBA great Bill Walton, left the Lakers in early April. The team denied having any knowledge of the alleged incident.

“At no time before or during his employment here was this allegation reported to the Lakers,” the team said in a statement to ESPN. “If it had been, we would have immediately commenced an investigation and notified the NBA. Since Luke Walton is now under contract to another team, we will have no further comment.”

Walton’s current employer, the Sacramento Kings, said, “We are aware of the report and are gathering additional information,” but would not give any additional comment.

At the time of the alleged assault, Walton was an assistant coach for the Golden State Warriors. They told the Los Angeles Times, “We became aware of the alleged incident and story this evening and are in the process of seeking more information.”

The NBA is reportedly investigating as well.