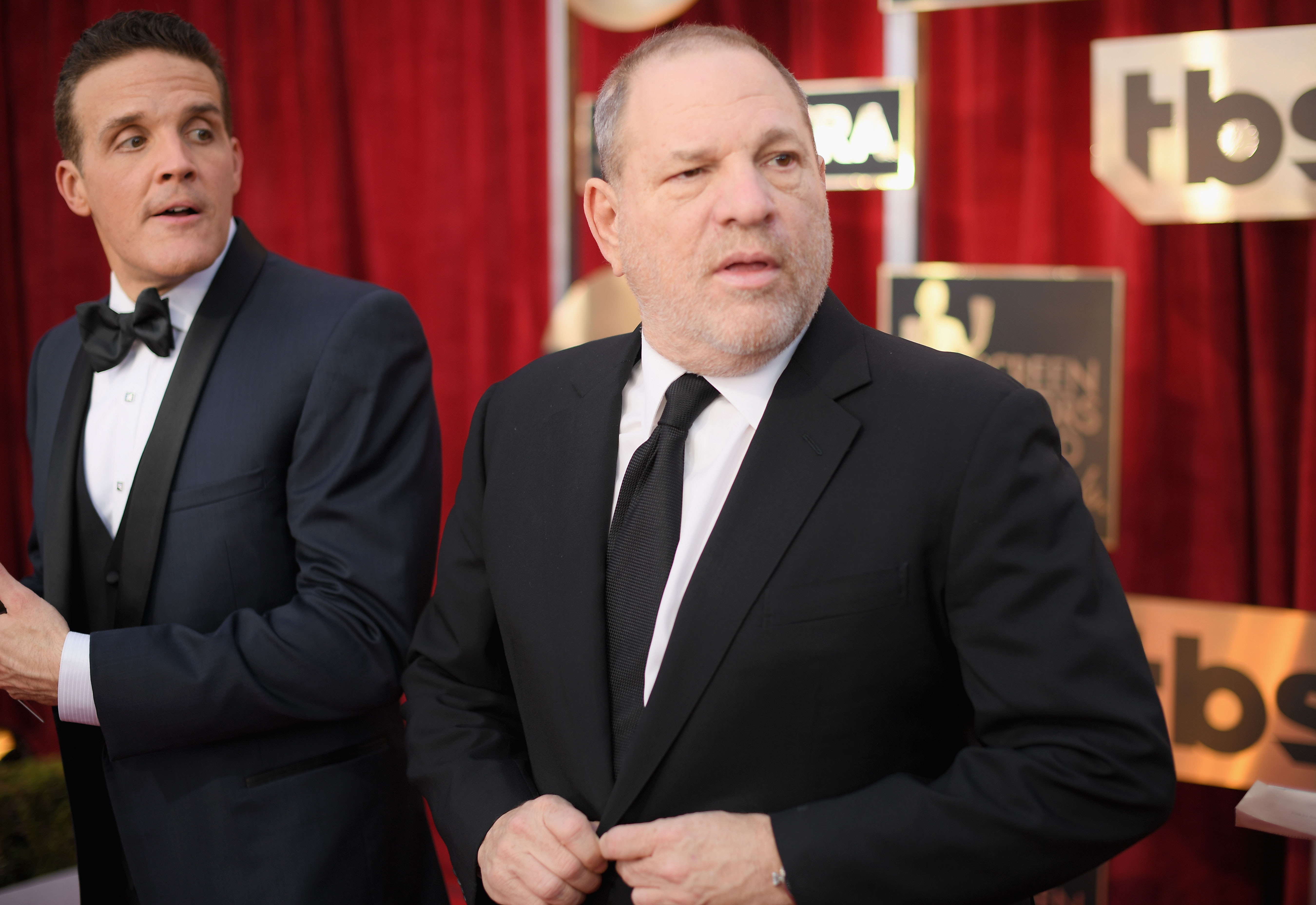 Reports indicate former Hollywood mogul Harvey Weinstein is going to turn himself in to face at least one sex crime charge. If he turns himself in, here’s what hypothetically happens to him next.

The charges are originating from the New York City District Attorney’s Office. As such, New York criminal procedure law applies.

(1) An Accusatory Instrument Has Likely Been Filed. Here, a grand jury has already been empaneled to look into Weinstein’s conduct. As such, grand jurors probably either have filed — or are about to file — an indictment against Weinstein accusing him of violating specific parts of New York State law. Because a grand jury is involved, the case will be handed before a “superior” court judge of the supreme court or the county court. (New York’s highest court is not the Supreme Court, but rather the Court of Appeals. Supreme Court judges can hear any case under their territorial jurisdiction, including criminal offenses.) In theory, Weinstein could waive indictment under New York Criminal Procedure Law, but that seems unlikely given that a grand jury has already been empaneled. If an indictment was handed up by a grand jury, the charging document remains sealed until Weinstein is arraigned.

The following steps can occur in several different orders.

(3) Plea. Weinstein would have to enter a plea of guilty or not guilty and indicate whether he plans to assert any mental health defense.

(4) Formal Arrest Is Not Necessary. Under New York law, it’s possible for this procedure to occur without Weinstein being formally arrested. After an indictment is filed, and upon request by the prosecutor, a judge may issue a summons rather than an actual warrant of arrest if a judge is satisfied Weinstein will respond to the summons without police involvement. Or, the district attorney may simply direct the defendant to appear without either an arrest or a formal summons — if the court deems neither of those two are necessary for the defendant’s appearance.

(6) Bail. At some point, if regular procedures are followed, someone from the New York City Criminal Justice Agency will meet with Weinstein to determine whether or not he’s likely to show up at future court appearances. If so, he’ll be given the chance to post bail. Under New York Criminal Procedure Law, bail can be in the form of cash or various types of bond. This procedure could, in theory, occur when Weinstein turns himself in, but a consideration of bail must at least occur by the end of the arraignment.