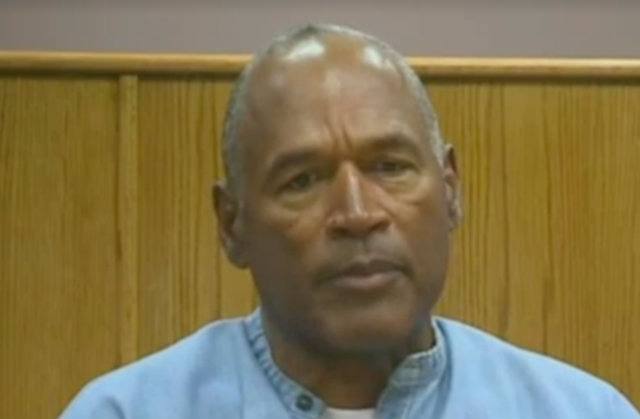 The attorney for the family of Ronald Goldman wants O.J. Simpson to turn over information—and money.  Simpson owes $70 million to the Goldman and Brown families after being found liable for the deaths of Ronald Goldman and Nicole Brown Simpson in a civil case, after being acquitted of their murders in a lengthy criminal trial in 1995. As part of the judgment, Simpson’s earnings are subject to seizure to pay off the massive amount, but a recent ‘secret’ autograph signing sparked concerns that the former Buffalo Bill was trying to pocket some cash for himself.

“He’s returned from Mars and he’s come back to earth,” Goldman lawyer David Cook told Law&Crime, referring to how Simpson just got out of prison and already appears to be earning some cash.

“These are small ticket items, but he’s making money,” Cook said. That’s why he went to court last week, hoping that a judge will compel Simpson to periodically provide information regarding his assets, and to get an assignment order for Simpson to pay up.

Cook said that originally the court told him he had to wait until July for a hearing on the matter, but he managed to get it pushed up to January 30, 2018.

Simpson continues to collect a sizable pension from the NFL, which is protected from the judgment, so he does make money, and still received pension payments while he was in prison.