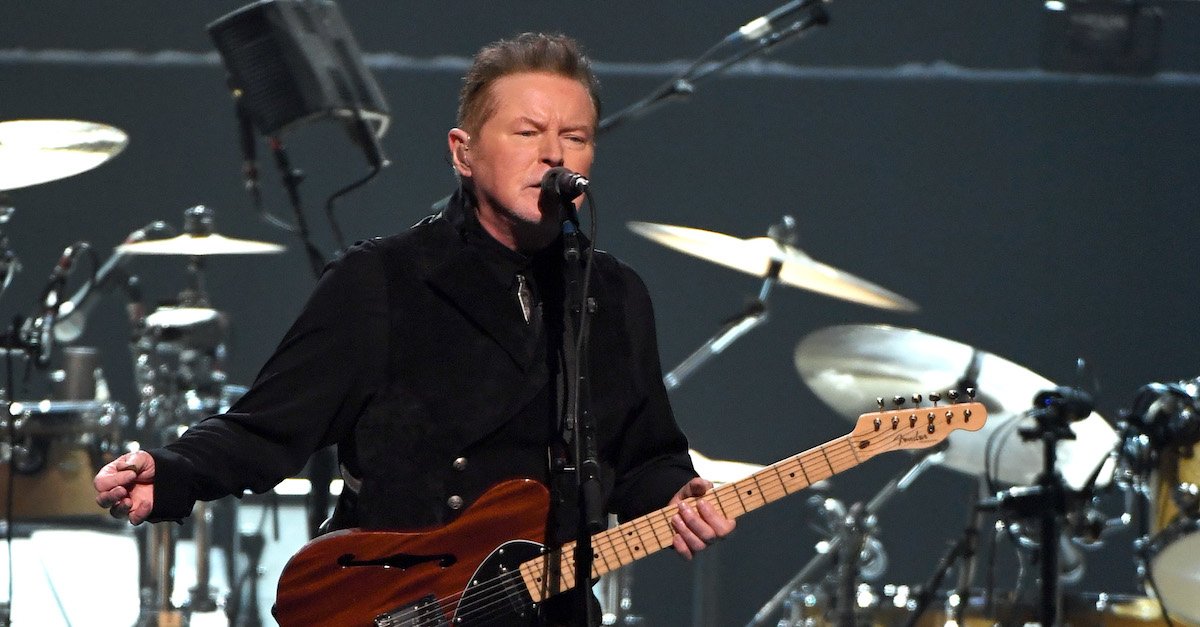 Three men have been indicted in New York for an alleged conspiracy involving the possession of nearly 100 pages of handwritten notes and lyrics for one of the best-selling albums of all time — “Hotel California” by The Eagles.

“Despite knowing that the materials were stolen, the defendants attempted to sell the manuscripts, manufactured false provenance, and lied to auction houses, potential buyers, and law enforcement about the origin of the material,” the DA’s statement said.

According to prosecutors, the manuscripts were stolen in the late 1970s by someone who had been hired to write a biography of the band. That person, who is not identified in court filings, sold the manuscripts in 2005 to Horowitz, a rare books dealer, who in turn sold them to Inciardi and Kosinski, according to the indictment.

When Eagles frontman Don Henley learned that Inciardi and Kosinski were trying to sell portions of the manuscripts, prosecutors said, he filed police reports, told the three men that the materials were stolen, and demanded that they be returned to him.

The defendants decided to go in a different direction, prosecutors allege.

“Rather than making any effort to ensure they actually had rightful ownership, the defendants responded by engaging in a years-long campaign to prevent Henley from recovering the manuscripts,” Bragg’s office said in a press release Tuesday.

Inciardi and Kosinski allegedly had quite a haul in their collective possession. According to prosecutors, they “possessed stolen lyric manuscripts to songs from the album Hotel California,” including:

Prosecutors say the total value of the manuscripts exceeded $1 million.

The “Hotel California” album is certified 26-times platinum, according to the Recording Industry Association of America.

The indictment says that all three defendants knew the items were stolen and still “agreed to take actions to further [Inciardi’s and Koskinski’s] efforts to possess, store, and sell such manuscripts.”

They also allegedly took steps to block Henley from recovering his property “by fabricating provenance for the lyric manuscripts,” and communicating that false provenance to third parties.

They allegedly tried to both sell the manuscripts back to Henley and auction them off through Christie’s and Sotheby’s auction houses while lying about how they acquired the documents, according to Bragg. In addition, Horowitz allegedly lied to authorities investigating the matter in 2016.

The men appeared in court Tuesday and pleaded not guilty. They were released without bail, according to ABC News.

“The DA’s office alleges criminality where none exists and unfairly tarnishes the reputations of well-respected professionals,” the lawyers said in a statement. “We will fight these unjustified charges vigorously. These men are innocent.”

Rolling Stone reported that Inciardi has been suspended from his role as a curator at the Rock and Roll Hall of Fame.

“At this time we do not know whether Craig engaged in any wrongdoing,” Rock and Roll Hall of Fame CEO Joel Peresman said in a letter to board members, according to Rolling Stone. “He will remain on leave pending the resolution of the third party internal investigation and the extent of the charges once the indictment is unsealed.”

Henley’s manager Irving Azoff praised the filing of the charges, telling Billboard that the case “exposes the truth” about memorabilia sales of stolen goods.

“No one has the right to sell illegally obtained property or profit from the outright theft of irreplaceable pieces of musical history,” Azoff said. “These handwritten lyrics are an integral part of the legacy Don Henley has created over the course of his 50-plus-year career. We look forward to the return of Don’s property, for him and his family to enjoy and preserve for posterity.”

Lawyers for the defendants did not immediately return Law&Crime’s emailed request for comment.