‘It Wasn’t Me’: David Schwimmer Responds After Lookalike in UK Sought for Beer Theft (WATCH)

Everyone is having too much fun with this picture from police in Blackpool, England. 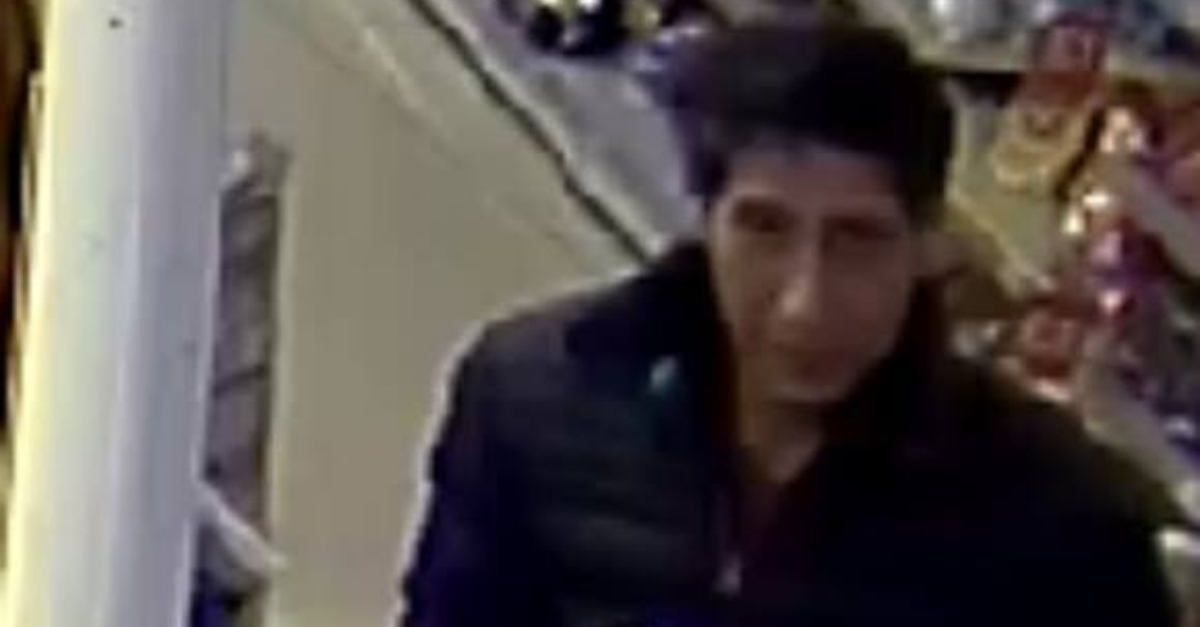 Cops said on Facebook that they want to speak to this man in connection to a Sept. 20 restaurant theft. And well, people seem to all agree that this beer-holding suspect looks a lot like actor-director David Schwimmer, who played Ross in Friends.

They kind of got carried away with the similarity. By “carried away,” we mean the post features over 138,000 comments as of Wednesday afternoon. The whole lot of them are shameless references to the show.

“I heard he stole because his job is a joke, plus he’s broke and don’t get me started on his love life which is D.O.A.” wrote an account under the name Brendan Bunting. “To be honest it’s not been his day, his month or even his year.”

Shameless, we tell you.

For comparison, the posts before and after this one got 9 and 32 comments, respectively. We call this episode, The One Where Ross Is Framed for Stealing Beer. Cops confirmed that they did not think Schwimmer is the guy in the picture, however.

“We have investigated this matter thoroughly and have confirmed that David Schwimmer was in America on this date,” they wrote. “We’re so sorry it has to be this way.”

The actor has denied involvement.

Officers, I swear it wasn’t me.
As you can see, I was in New York.
To the hardworking Blackpool Police, good luck with the investigation.#itwasntme pic.twitter.com/EDFF9dZoYR