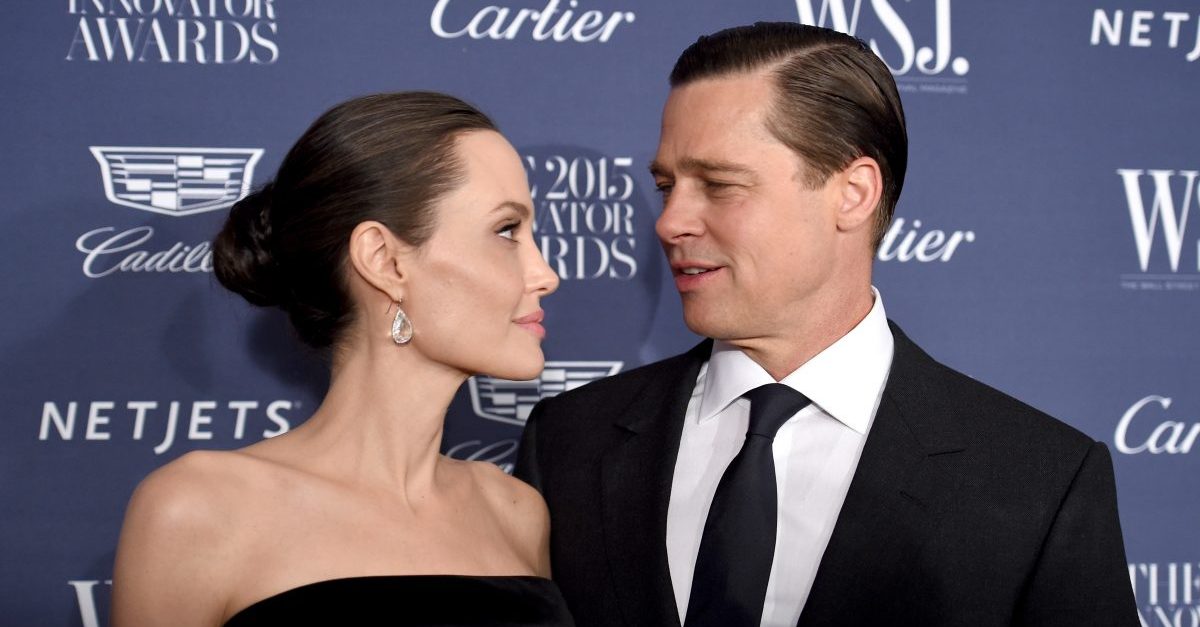 There’s nothing unusual about divorcing parents feuding over the details of their breakup, even when both parents are millionaires. I’ve handled divorces for two decades, and there is literally no ceiling for exes’ propensity to squabble. There are, however, a few words in the recently-reported Brangelina legal drama that are making my Spidey sense tingle.

According to Angelina Jolie’s court docs, the couple had “informal arrangements around the payment of the children’s expenses,” and Brad Pitt hasn’t been pulling his weight. This is weird. These people have plenty of money, plenty of lawyers, and plenty of kids; an “informal” arrangement makes exactly zero sense – especially for people with complex finances and multiple businesses.

Typically, in a divorce, the couple’s respective lawyers spend their time and retainers hammering out the details of property distribution, alimony (if any), and child support. Agreements or court rulings on those things can take years to finalize – but during the pendency of a divorce involving significant assets, interim child support is usually determined relatively early in the process. For Brad and Angie to be handling what are likely hefty expenses for six kids in some kind of loose, ad hoc manner is just plain stupid.

No lawyer in the world – on either side—would advise a rich client to proceed with supporting six children without a written agreement about the details. My guess? Someone in this equation had unrealistic expectations. Perhaps one party expected the separation to be less than permanent, or s/he was convinced they’d be able to manage financial arrangements for their children without so much as an ounce of friction.  Either that, or they both have such unlimited income that the specifics of child support seemed like NBD. Either way, it’s time to come back to reality now.

In court docs, Jolie reportedly alleged through counsel, “[Pitt] has a duty to pay child support.”

Let’s break this down a bit. Pitt could have a “duty” to pay child support – but that statement sounds a lot simpler than it actually may be. Of course, parents have a legal duty to support their children; in California (as everywhere else in this country), parents’ combined incomes and family size will dictate an amount of support to which children are entitled. Then, that total amount is allocated to each parent to the proportional extent deemed appropriate. Considerations such as each parent’s earning potential, custody, and parenting time arrangements all factor in to determining whether and how much child support obligations will be placed on either parent. Most of the time, these calculations are negotiated between lawyers and then solidified in a written agreement. The obligation flows from the parent to the child — not necessarily to the other parent.

Like all parents, Brad Pitt definitely has a duty to support his children. That’s not the same thing as a duty to have to pay child support to Angelina Jolie. Legally speaking, absent a court order or some a specific agreement for such child support payments, Pitt may not have a duty of the kind Jolie is alleging with such blunt confidence.

Another part of Jolie’s filing stated, “As of present, [Pitt] has paid no meaningful child support since separation.”

This one made me chuckle. Normally, allegations against deadbeat-dads have less adjectives. If Pitt hadn’t paid anything to support his kids, the court docs would have said so. Throwing in the word “meaningful” reads to me as if he’s definitely paid something, but that Jolie wants more. Maybe she’s right – maybe he didn’t pay enough. But since there’s apparently no formal agreement, it’s a little difficult to accuse him of failing to satisfy his obligations.

My money is on a judge having a field day with Jolie’s pleadings. I’d like to be there when someone says, “Ms. Jolie, it is only relevant whether payments were made or not made – not whether those that were made meant anything to you.” I’d also guess that the word “meaningful” was thrown in there for some ass-covering. If Jolie had alleged that Pitt was a total deadbeat, and the statement wasn’t factually accurate, she might be opening herself up to liability for defamation. Throwing in the qualifier renders the allegation more subjective –and thus, less likely to be defamatory.

Jolie told the court that she “intends to file an RFO for the establishment of a retroactive child support order.”

This is a threat, plain and simple. Jolie is warning that if Pitt doesn’t find a way to satisfy her wallet soon, she’ll be headed to court. Apparently, the couple’s “informal arrangement” on child support might have felt good at first, but now Jolie plans shift gears completely. Asking for a retroactive support order mean that she’s seriously rethinking the relaxed way she first approached this divorce. Such a move smacks of hurt feelings. It’s one thing to ask for child support moving forward – but this feels like Jolie is saying, “I should never have trusted you to do the right thing, and now I want restitution.” Ouch.