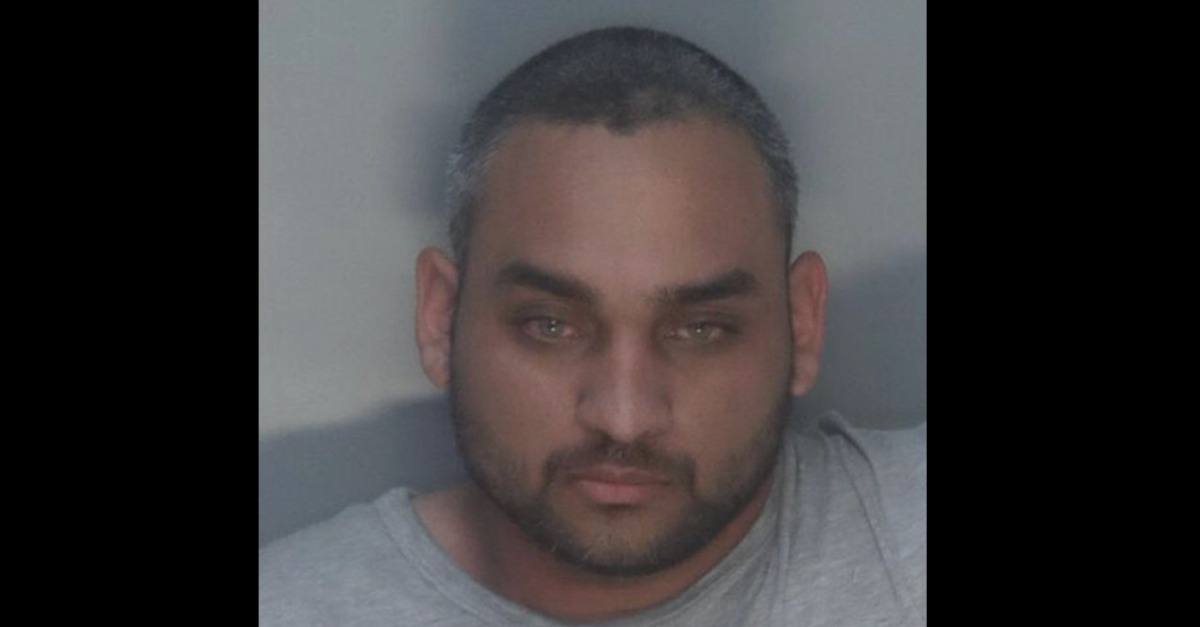 A Florida man was arrested after allegedly attempting to strangle a woman at a bus stop using a shoelace over the weekend.

The incident occurred at a Miami-Dade transit stop near the Miami International Airport on Sunday around 11 a.m., according to the Miami-Dade Police Department.

Aaron K. Quinones, 27, stands accused of one count of attempted murder over the daytime attack on the 26-year-old woman that reportedly was caught on what appears to be surveillance video.

Footage shared on social media by OnlyInDade, a tabloid blog redolent of WorldStarHipHop that describes itself as dedicated to “The Good, The Bad, [and] The Funny,” shows a man resting his left leg on a bench and making motions that suggest he removed the shoelace from his own left shoe immediately before the strangulation attempt.

A few days ago, a man tried strangling a woman at MIA bus stop with a shoelace and he was charged with attempted murder. Thankfully, a bystander intervened and the man took off | #ONLYinDADE pic.twitter.com/HGlqVloZdR

As the video continues, the man in question briefly looks around before calmly walking up behind the woman. He then appears to place the shoelace around her neck and begin the attack. The woman’s neck is clearly constrained for several seconds as the violence unfolds.

In the graphic and hard-to-watch clip, the man and the woman immediately begin struggling and fall to the ground.

Just as the woman shoves her assailant away and seems to break free of the shoelace, the man rears back and begins pummeling her face and head with his fists. The woman successfully fends him off again–forcing her attacker to punch wildly as she tries to kick him away. This continues on for another few seconds before an onlooker intervenes.

At first, the second man, who can be seen wearing a blue shirt, appears from off-camera to the left and raises both of his hands in the air–apparently verbally bidding for an end to the attack. But after a slight pause, the first man continues striking the woman, who by now is laying on the ground, cornered, and still kicking at him.

With his hands still in the air, the man in the blue shirt inches closer and closer before engaging the instigator as he still tries to beat his victim. Eventually, the intervenor grapples with Quinones. As Quinones’s fists continue to flail and strike in attack, the Good Samaritan finally pins the defendant’s arms back and wrests him away from the woman, who has not been named by authorities per the terms of a Sunshine State law that protects the identity of victims.

“Had it not been for a Good Samaritan that stepped in that basically stopped this individual from attacking this victim, the outcome would have been way worse,” MDPD spokesperson Angel Rodriguez said, according to local NBC affiliate WTVJ. Police believe Quinones may have attacked other people.

The woman was treated at the scene by Miami-Dade Fire Rescue.

MDPD officers say they found the suspect while they were patrolling the area a short time later. He is currently being held without bond.

According to a press release, detectives are currently interested in speaking with the man who intervened.