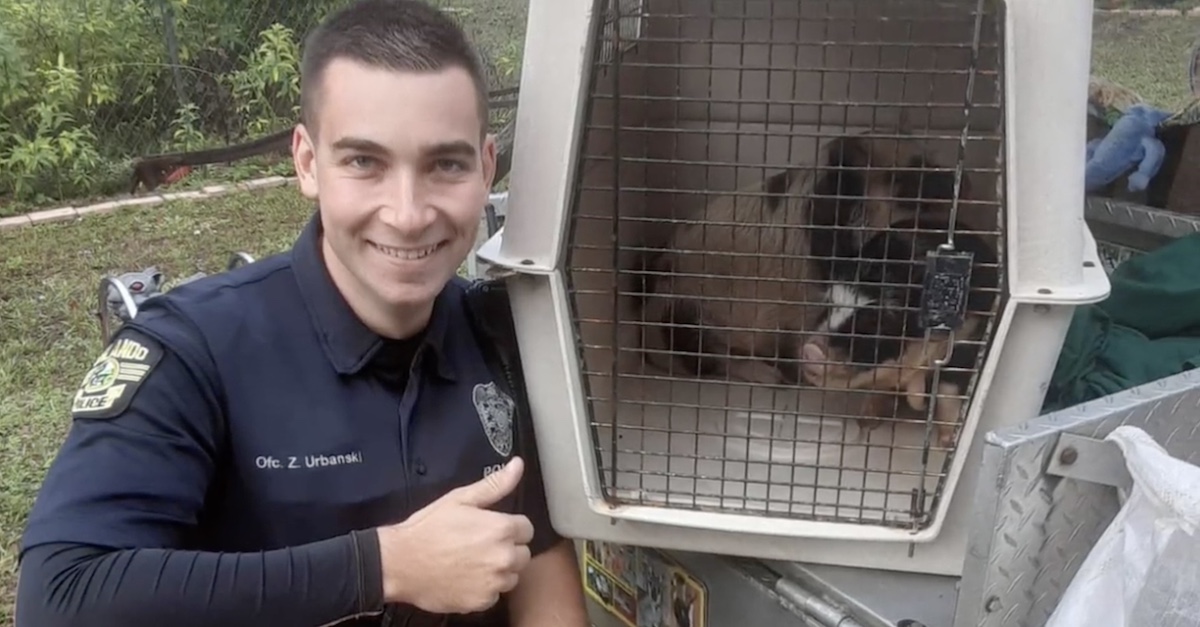 The Orlando Police Department’s official Twitter account hammed it up on Thursday, posting a video of two pigs that had been wandering the streets when they were rescued by OPD officers, fed pancakes, and taken to a local animal rescue sanctuary.

The two pigs, both mostly white with black spots, were spotted near John Young Parkway and Colonial Drive, a busy intersection just west of downtown Orlando.

“Our officers saved them from harm’s way & and treated them to tasty pancakes,” OPD tweeted.

Mr. & Mrs. Pig were seen wondering around the streets of JYP & Colonial by themselves. Our officers saved them from harm’s way & treated them to tasty pancakes. The piggy’s oinked w/ joy in a police escort to Fallin’ Pines Critter Rescue where they are now being cared for! pic.twitter.com/Aw7pid615x

In the video, a pig can be seen on the floor of a police car happily chowing down on a pancake.

“Do you like the pancake?” the officer asks the pig. “Is that a good pancake, Mr. Pig?”

The video then picks up with a jaunty musical soundtrack as the pigs are shown in a pet carrier and delivered to Fallin’ Pines Critter Rescue in Christmas, Florida, a town about a half an hour east of Orlando.