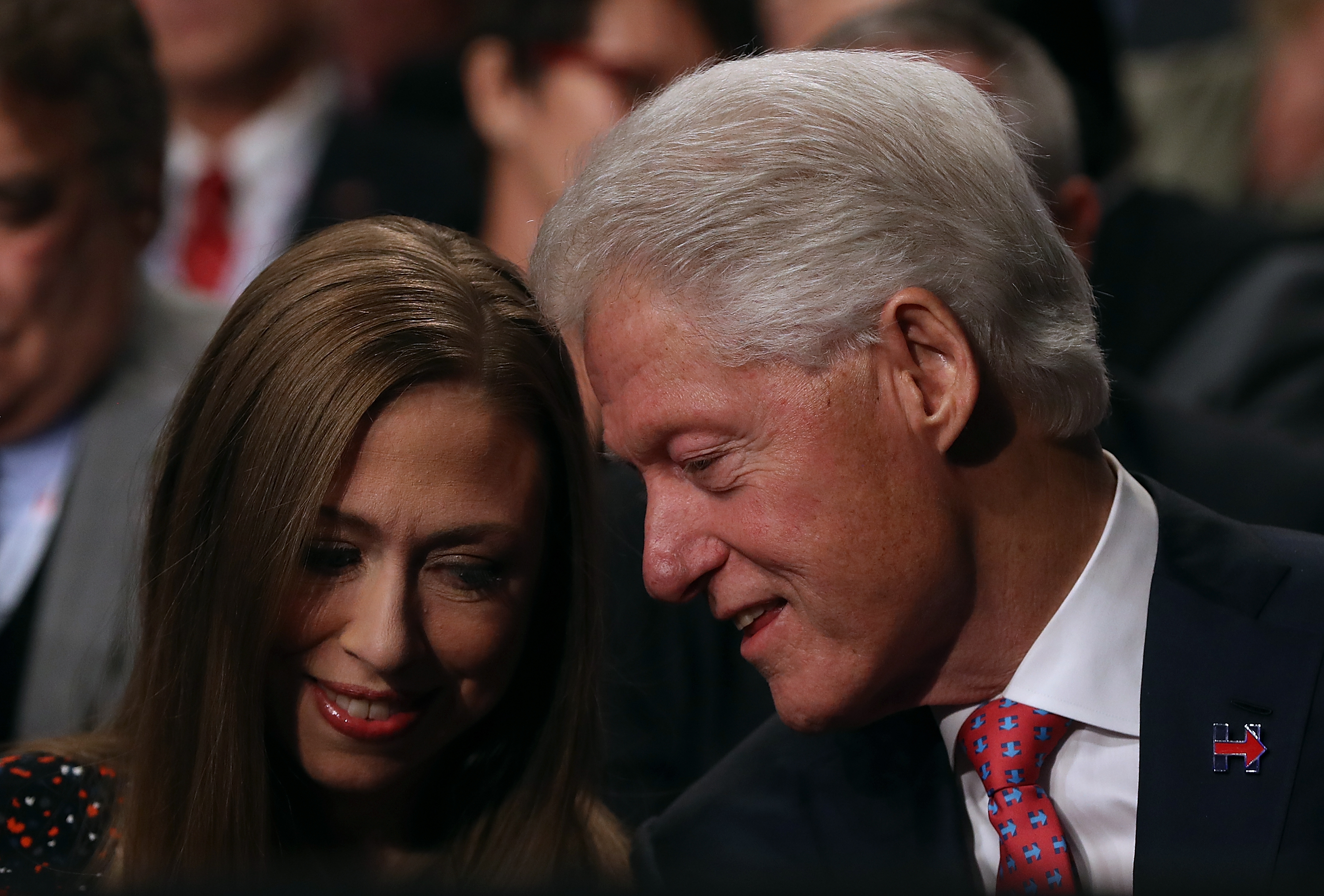 President Donald Trump favorably referenced the work done by the Clinton Foundation in response to the opioid epidemic during his controversial speech on that same topic on Monday afternoon.

Aside from constitutionally-impossible suggestions of sentencing drug dealers to death, Trump’s “Initiative to Stop Opioid Abuse and Reduce Drug Supply and Demand” highlighted some actual policy as well as private sector efforts to help with America’s substantial and increasing addictions to various drugs.

One such effort–and the one referenced by Trump–is the Free Narcan Nasal Spray Program. This program was test-piloted at U.S. high schools in 33 states and provided some 3,300 free doses through 2017.

Trump celebrated the expansion of the program–helmed by Adapt Pharma, the maker of life-saving overdose antidote naloxone–popularly known by its brand name, Narcan.

During the speech, Trump brought Adapt Phama’s President of U.S. Operations Mike Kelly to the stage to announce the company would be providing 40,000 free doses to any U.S. high schools, colleges and universities who request them.

What Trump left out of his speech was Adapt Pharma’s partner in the program; the Clinton Foundation. A press release issued by Adapt Pharma when the expansion was initially announced notes:

Chelsea Clinton quickly noticed the rekindling of Donald Trump’s love for her family and responded in kind:

Mr. President, thank you for recognizing the @ClintonFdn’s work with Adapt Pharma to prevent opioid overdose deaths and save lives. cc @realDonaldTrump https://t.co/XGakAHhoxS