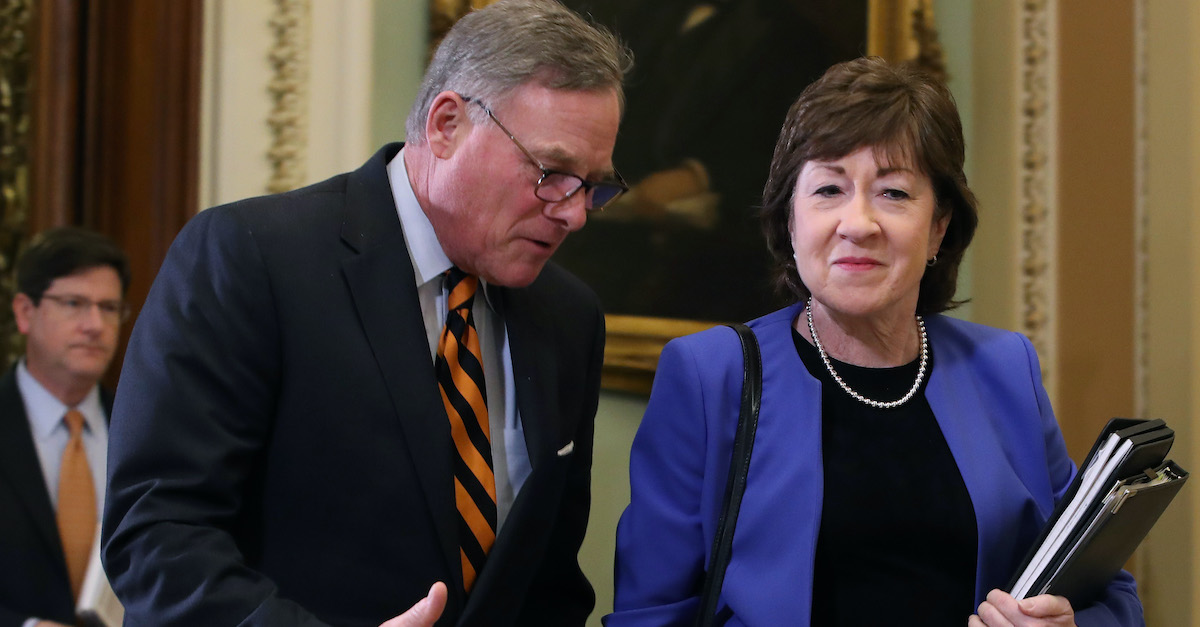 The Republican senator from North Carolina who incited the ire of people left and right with his stock sell-off ahead of the coronavirus-related stock market crash should be federally investigated, North Carolina Attorney General Josh Stein (D) said on Tuesday.

Stein said that he found Sen. Richard Burr’s actions “extremely troubling” and that a “thorough and complete investigation by appropriate federal authorities” of this matter is “warranted.”

The North Carolina AG said that he does not himself have the authority to investigate Burr because “any potential violation of the law would be federal.”

Last week’s reports about Sen. Burr’s decision to unload some of his stock holdings before the stock market crashed are extremely troubling. The people of North Carolina deserve ethical and law-abiding public officials. The people also deserve to know whether Sen. Burr violated the STOCK Act or any other federal law by using non-public information to sell stocks and avoid losses.

Therefore, in addition to any review by the Senate Ethics Committee, I believe that a thorough and complete investigation by appropriate federal authorities is warranted. As the state Attorney General, I am not in position to investigate this matter since any potential violation of law would be federal. Elected officials should use their offices to serve the public, not themselves.

That’s why I have sought changes in state law to allow for the Attorney General to convene investigative grand juries in public corruption cases involving state officials. I will continue to press the General Assembly for such authority.

The remarks from the state’s attorney general came one day after Burr was sued in federal court for allegedly violating the STOCK Act. Alan D. Jacobson filed a lawsuit in the U.S. District Court for the District of Columbia, calling Burr a “scofflaw during a time a time of national crisis.”

“This lawsuit is brought to redress acts of securities fraud committed by Defendant Richard M. Burr, a United States Senator, who has acted as a scofflaw in a time of national crisis,” the lawsuit said. “On February 13, 2020, exploiting material information unavailable to the public, Senator Burr and his wife engaged in 33 transactions by which he sold securities in a variety of publicly-traded companies for his personal gain.”

“In doing so, he injured shareholders–including Plaintiff Alan D. Jacobson–who purchased and/or continued to hold securities in those same companies,” the filing continued. “Plaintiff’s ability to procure relief in the federal courts is unimpaired by the fact that Senator Burr is a Member of the U.S. Senate, where in his capacity as Chairman of the Senate Intelligence Committee he learned the nonpublic material information on which he based his stock trades.”

“This is a securities fraud lawsuit and it has strong facts to back it up. The SEC should be investigating now. If there is substantial evidence of insider trading the case would be referred to the U.S. Attorney for prosecution,” Painter said. “If this investor did not buy or sell contemporaneously, they should find one that did to have standing to sue under Section 10(b). Meanwhile demand an SEC investigation which can proceed regardless of whether there is a plaintiff with standing.”

Burr has said that he relied “solely on public news reports” in making his investment decisions. He also said he asked the chairman of the Senate Ethics Committee to “open a complete review” of his actions.