Richard “Bigo” Barnett didn’t leave a note calling Speaker Nancy Pelosi a “bitch,” he called her a “biatd” but meant to write “biatch,” Barnett’s defense attorneys said in a motion attempting to get their client out of jail ahead of trial.

The motion submitted by attorneys Joseph D. McBride and Steven A. Metcalf on behalf of one of the most widely recognized individuals charged in the Capitol siege of Jan. 6 began by calling out the government for attempting to “mislead” the court by misquoting what Barnett wrote on a note that he left in Speaker Pelosi’s office. They argued that the government engaged in this “distorted recitation” of facts because it doesn’t have a legitimate and persuasive argument in favor of keeping Barnett behind bars: “Indeed, in the opening sentence of its Opposition Memorandum, that government sets the tone of its distorted recitation of the facts “Nancy, Bigo was here, you bitch.’ Those are the words of the defendant (using his preferred nickname) in his message to Congresswoman and Speaker of the House Nancy Pelosi on January 6, 2021, when he invaded and occupied her office.'”

“That is false,” the lawyers said. 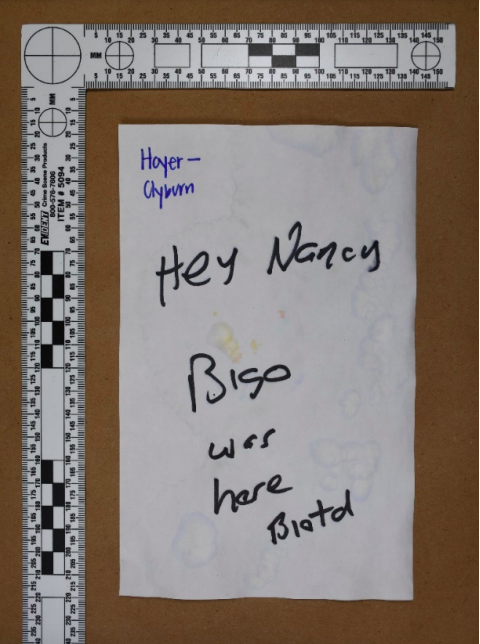 “It does not say ‘you’ or ‘bitch’ or have any commas; and the word ‘Hey’ is intentionally omitted. The government’s misrepresentation of Exhibit 7 is its latest deliberate attempt to mislead this Court by casting Mr. Barnett in the worst possible light in order to ensure that pretrial release is not granted in this case,” the defense said. They also added a footnote saying 1) that the “d” at the end of “biatd” was supposed to be a “ch” and 2) that there is a difference between calling someone a “bitch” and “biatch.”

Instead of writing the accusatory “You bitch” as the government falsely states, it only says “biatd” and without the word “you”. On information and belief, the “d” was meant to be two letters, “c” and “h” with the “c” connected to an “h” to spell the word “biatch” which is a slang and less offensive word for “bitch”. See https://idioms.thefreedictionary.com/biatch (defining “biatch” as “slang… used as a term of endearment or disparagement for another person” last visited on April 23, 2021). 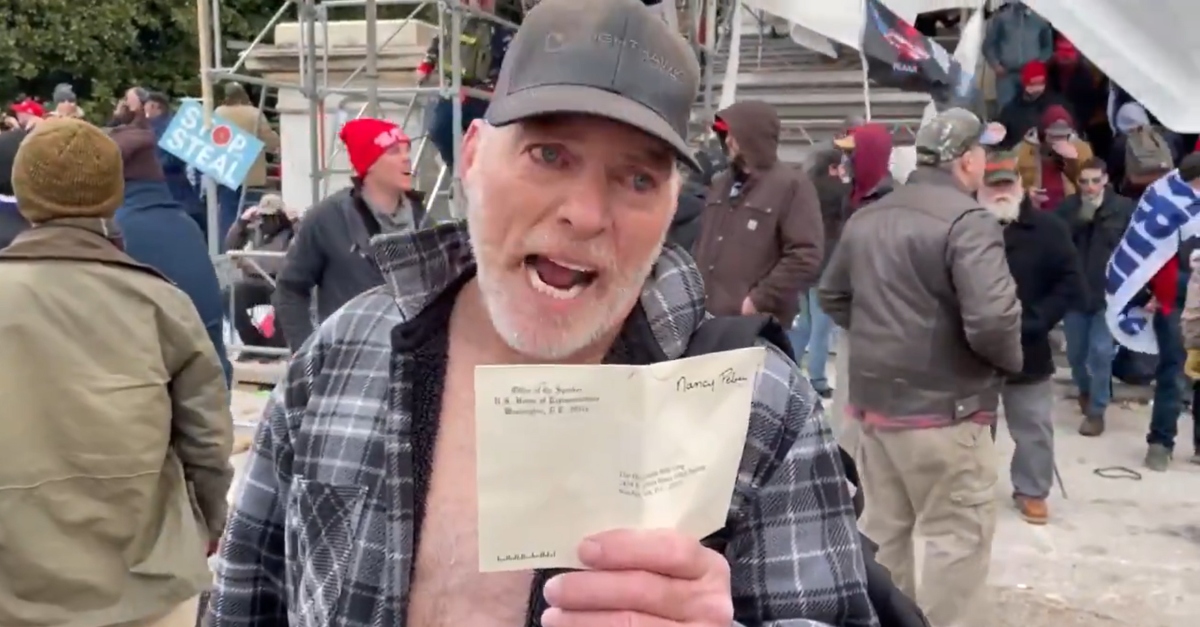 But Barnett bragged on camera after invading Pelosi’s office on Jan. 6, describing his note as saying the following: “Nancy, Bigo was here you bitch.”

Here’s Mr. Barnett, who goes by “Bigo,” telling the story in his own words pic.twitter.com/oSyKiCDXgy

At any rate, Barnett’s lawyers want a U.S. district judge to find that Barnett should be granted pre-trial release just as other accused Capitol rioters have been. They assert that the government simply hasn’t demonstrated that Barnett poses a flight risk or a danger to the community.

“Richard Barnett respectfully asks this Court to grant him pretrial release under the above cited line of cases in Munchel, Klein, and Norwood, and other recent precedent out of the D.C. Circuit Court and D.C. District Courts, regarding the release of persons accused of crimes related to the January 6, 2021, incident at the United States Capitol,” the filing said. “The government’s argument in favor of pretrial detention is unsupported by facts demonstrative of risk of flight or danger to the community. The government has also utterly failed in demonstrating a specific articulated future threat of dangerousness, but has instead advanced speculation and conjecture in its absence.”

[Image via screenshot from court records]