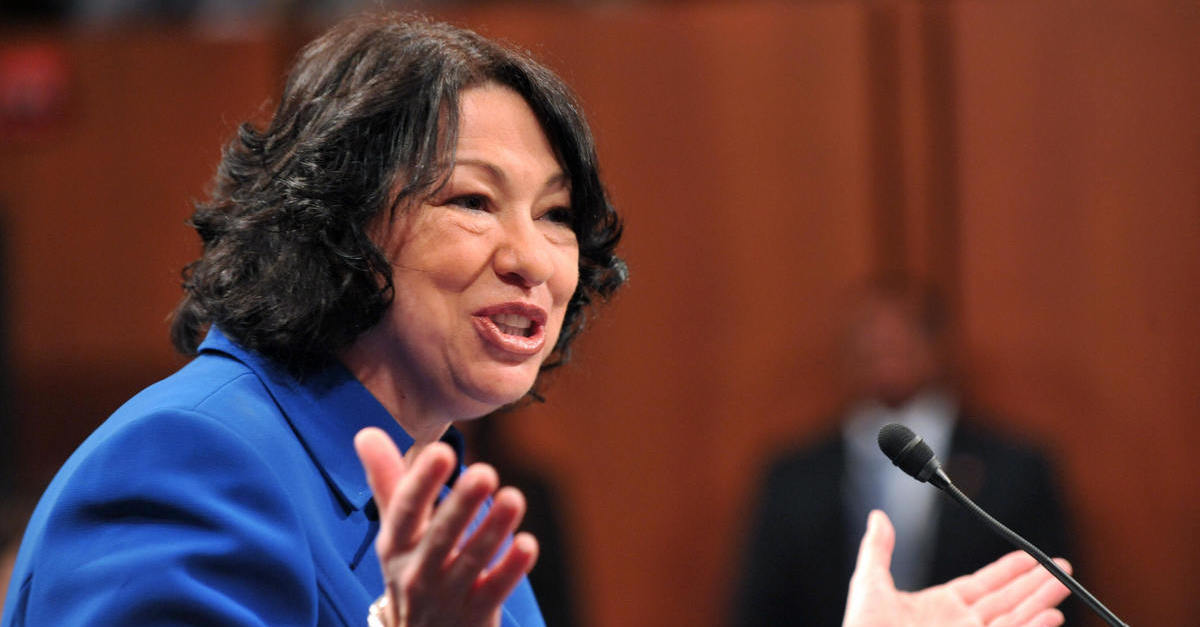 The conservative majority on the U.S. Supreme Court left Florida’s widely-disparaged “poll tax” on formerly incarcerated individuals in effect for the 2020 election in an unsigned opinion issued Thursday.

“This Court’s order prevents thousands of otherwise eligible voters from participating in Florida’s primary election simply because they are poor,” wrote Supreme Court Justice Sonia Sotomayor in a hard-charging dissent. “And it allows the Court of Appeals for the Eleventh Circuit to disrupt Florida’s election process just days before the July 20 voter-registration deadline for the August primary, even though a preliminary injunction had been in place for nearly a year and a Federal District Court had found the State’s pay-to-vote scheme unconstitutional.”

The pay-to-vote law, which disproportionately affects Black residents of the Sunshine State, has repeatedly been defeated in court rulings and legal proceedings.

In the first case brought by indigent plaintiffs who cannot afford to pay the mandated fees, the U.S. District Court for the Southern District of Florida found the GOP-approved poll tax was likely in violation of the U.S. Constitution’s Equal Protection Clause.

The same group of plaintiffs then certified a class action and brought a second lawsuit which sought to dispense with the law in its entirety. Again, the plaintiffs won, edging out Florida Governor Ron DeSantis (R) and claiming victory on equal protection, due process and 24th Amendment claims at the district level. The 24th Amendment abolished poll taxes.

Sotomayor recounted what happened next:

On July 1, 2020—over a month after the District Court’s judgment and 19 days before the voter-registration dead-line—the Eleventh Circuit stayed the permanent injunction pending appeal. The Court of Appeals provided no reasons for its order.

The nation’s high court similarly provided no accounting for its decision allowing the stay of the permanent injunction to stand.

“This is a deeply disappointing decision,” said Campaign Legal Center Vice President Paul Smith. “Florida’s voters spoke loud and clear when nearly two-thirds of them supported rights restoration at the ballot box in 2018. The Supreme Court stood by as the Eleventh Circuit prevented hundreds of thousands of otherwise eligible voters from participating in Florida’s primary election simply because they can’t afford to pay fines and fees. We look forward to continuing to fight for Florida voters so they can participate in the General Election in November.”

Joined by Justices Ruth Bader Ginsburg and Elena Kagan, the court’s most left-leaning member torched the John Roberts court for adding to voter confusion and creating a strong disincentive for potential voters to exercise the franchise.

“Precisely because the District Court’s decision in [the second case] tracked the Eleventh Circuit’s decision in [the first case], the stay upends the legal status quo nearly a year after the preliminary injunction took effect,” Sotomayor said. “Moreover, the Eleventh Circuit did not vacate [the first case]—a point that further obfuscates the state of the law for would-be voters just 19 days before the voter-registration deadline.”

“No doubt tens of thousands of Floridians with felony convictions have already registered to vote,” she continued. “That is precisely what Jones I said they could do.”

Republican elected officials in Florida have vehemently opposed adding those would-be voters to the rolls since the 2018 midterm elections when the state overwhelmingly voted in favor of giving formerly incarcerated individuals back their right to vote. Nearly 70-percent of Floridians chose to re-extend such voting rights. The passage of that law, Amendment 4, would have allowed 1.5 million previously disenfranchised Floridians the right to vote.

While many of those potential voters won’t have an opportunity to challenge their status, some 85,000 people have already attempted to register to vote due to their reliance on the district court’s injunction against the poll tax–a fact the state actually conceded during trial.

And, Sotomayor added, this has created more than a state of legal limbo for many voters who may, in fact, be criminally charged simply because of the court’s inaction.

“Those who registered in reliance on the preliminary and permanent injunctions will remain on the voter rolls despite the Eleventh Circuit’s stay,” the dissent went on. “Yet because of the Eleventh Circuit’s decision, these voters will have no notice of their potential ineligibility or the resulting criminal prosecution they may face for failing to follow the abrupt change in law.”

Sotomayor ended by upbraiding the conservative-led majority for citing a precedent that advises court’s against last-minute election meddling in order to effectively meddle in an election at the last minute:

This Court’s inaction continues a trend of condoning dis-franchisement. Ironically, this Court has wielded Purcell as a reason to forbid courts to make voting safer during a pandemic, overriding two federal courts because any safety-related changes supposedly came too close to election day. Now, faced with an appellate court stay that disrupts a legal status quo and risks immense disfranchisement—a situation that Purcell sought to avoid—the Court balks.