Law Firm That Represented Tara Reade Pressures Kamala Harris: Your Husband Must ‘Step Up’ or Resign 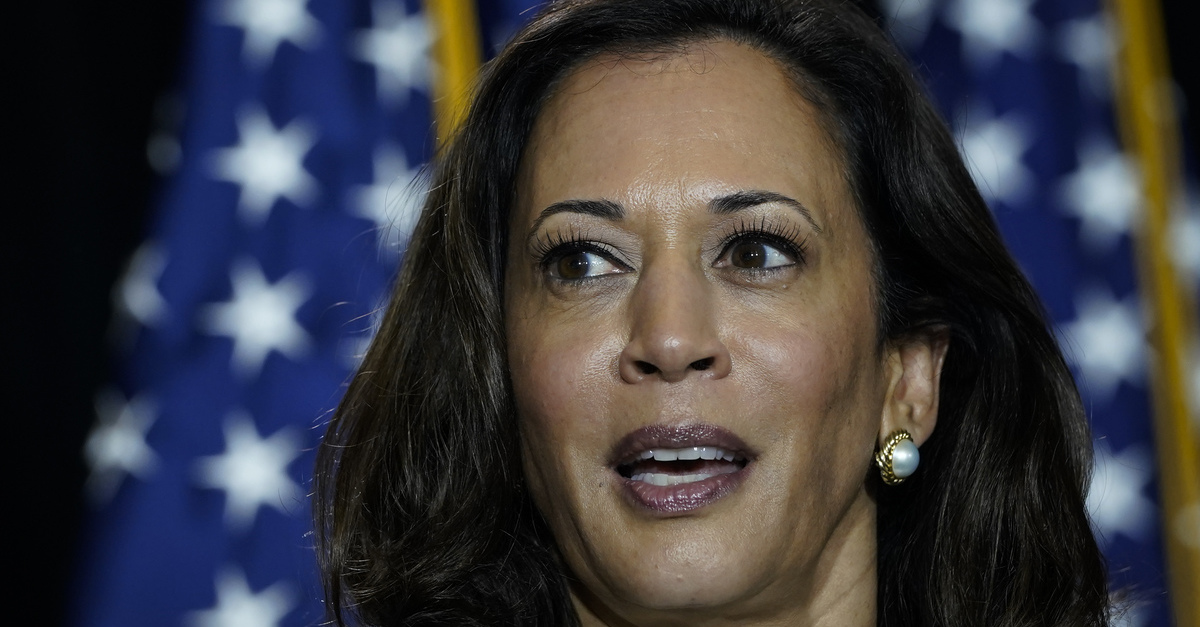 A law firm that specializes in employment litigation and which has, in recent years, been at the forefront of the #MeToo movement by representing survivors, is calling on Sen. Kamala Harris (D-Calif.) to pressure her husband over “sexual assault, sexual harassment and retaliation” allegations leveled against his own law firm, DLA Piper.

Wigdor LLP partner Jeanne M. Christensen made the demand in a letter addressed to Harris obtained by Law&Crime on Tuesday.

“Today I wrote to Sen. Kamala Harris about DLA Piper’s refusal to release our client, former DLA Piper partner Vanina Guerrero, from forced arbitration regarding her allegations of sexual assault at the hands of another DLA Piper partner, Louis Lehot.” Christensen said in an email accompanying the letter. “Senator Harris’ husband Douglas Emhoff is a DLA Piper partner who has earned millions of dollars there, including from clients likely billed by Mr. Lehot.”

The letter itself begins with a none-too-subtle dig at the Democratic Party’s vice presidential nominee–by invoking the California Democrat’s own words in an effort to prove its point.

“One of the fundamental principles of our democracy is that everyone should get their day in court,” Harris once said. “Forced arbitration deprives Americans of that basic right.”

Those comments were originally made in the context of forced arbitration provisions in contracts of adhesion foisted onto customers by JPMorgan Chase–and were originally directed to the mega bank’s Chairman and CEO Jamie Dimon.

“We could not agree more with your statement which is why we wrote to you on October 7, 2019 about our firm’s representation of Vanina Guerrero, who was then a partner at DLA Piper, in connection with her claims of sexual assault, sexual harassment and retaliation,” Christensen’s letter continues. “Her allegations include facts about sexual assaults she suffered at the hands of Louis Lehot, another partner at DLA Piper. On behalf of Ms. Guerrero, we asked DLA Piper co-chairs Roger Meltzer and Jay Rains to release her from forced arbitration so that she can ‘get [her] day in court.’ DLA Piper refused.”

Harris’s communications director Lily Adams issued the following statement in response to that earlier controversy: “Senator Harris has been and continues to be a staunch advocate for survivors and believes all people must be guaranteed their day in court. She has long opposed forced arbitration agreements and that position has not changed and she does not believe this is any exception.”

The letter goes on to applaud Harris’s response to that October 2019 letter–but then unleashes on Emhoff for his alleged ties to Lehot.

“Although you agreed that DLA Piper should allow sexual assault victims to have their day in court, no other action was taken by you or your husband Douglas Emhoff, a DLA Piper partner,” Christensen notes. “We had hoped that your husband, who has earned millions of dollars at DLA Piper, would have taken action and done something to condemn forced arbitration for all employees at DLA Piper but especially for his fellow female partners, including Ms. Guerrero. Instead, he towed the line and by doing nothing, he supported Mr. Lehot, a Silicon Valley rainmaker that undoubtedly generated financial gains for DLA Piper and Mr. Emhoff.”

Fast forward almost 11 months and DLA Piper continues to silence Ms. Guerrero, claiming that she waived her legal rights. No woman agrees to be sexually assaulted in the workplace because it is not a reasonably foreseeable act. The proposition that female employees can do so is outrageous. Unless Mr. Emhoff also believes that being sexually assaulted at DLA Piper is a reasonably foreseeable event, he should resign immediately. You and your husband occupy a unique platform with which you can leverage change for female employees at DLA Piper and beyond. What better way to utilize this platform than to condemn forced arbitration? Doing so would set an example for all law firms, their clients, and businesses large and small. Joseph Biden should join you in condemning forced arbitration, especially for sexual assault victims.

Notably, the namesake of Christensen’s firm, Douglas Wigdor, previously represented Tara Reade—a former congressional staffer who accused Biden of sexual assault earlier this year. Her claims were corroborated by several pieces of evidence but largely dismissed by the mainstream media.

“Uber Technologies agreed that forcing sexual assault victims out of our court system was indefensible and wrong,” the letter notes. “West did not simply make public statements that doing so was wrong. Instead, Mr. West walked the walk. Under his advice, Uber Technologies changed their arbitration policies and eliminated forced arbitration for sexual assault victims.”

Some critics have attacked Harris’s detractors for attempting to drag the senator into her family members’ controversies–but a vice presidential nominee for a major political party is bound to be called upon to answer for all manner of things in which she’s involved and Harris herself has previously addressed this controversy.

“[N]o woman can legally waive her right to access our public courts to litigate sexual assault claims,” Christensen’s email says. “To suggest otherwise means that women in the U.S. agree that being the victim of sexual assault is an inevitable event in their lives– an appalling concept. Mr. Emhoff needs to step up and demand similar action at DLA Piper or otherwise completely sever his association with the firm.”

Law&Crime reached out to Harris’s office for comment on this story but no response was forthcoming at the time of publication.