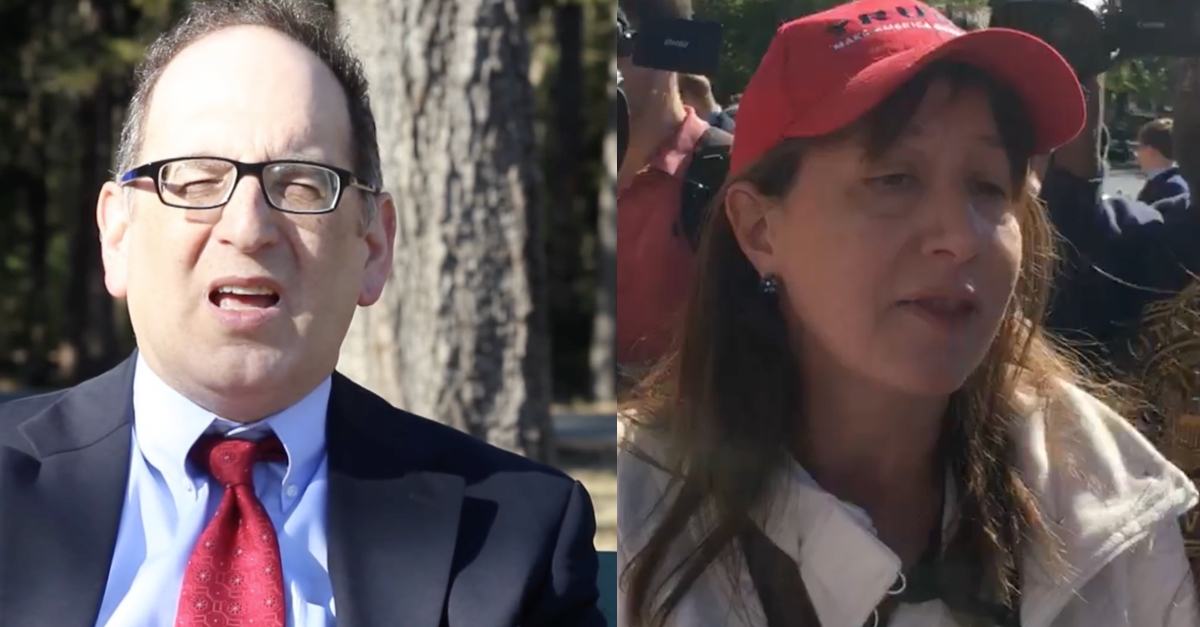 An advocacy group filed ethics complaints against six attorneys who participated in the so-called “Kraken” efforts to overturn President Joe Biden’s electoral victories. Four of the lawyers already face the possible discipline or disbarment after a federal judge sanctioned them with referrals to respective bar associations.

The 65 Project, a non-profit group, takes its name from the enormous number of legal challenges filed by  Donald Trump and his allies to declare have the defeated former president the electoral winner by judicial fiat.

After those lawsuits failed, several of the attorneys who prosecuted or enabled them have faced waves of ethics complaints and other challenges to their licenses. The 65 Project previously filed complaints or requested investigations against Trump’s lawyers and allies like Jenna Ellis, Cleta Mitchell, Jim Troupis, Sen. Ted Cruz, and dozens of others.

Among the 15 targeted in the latest wave on Wednesday, six were associated with the “Kraken” litigation, the name given to four lawsuits seeking to overturn the results in Wisconsin, Michigan, Georgia and Arizona. Four of those attorneys — Julia Haller, Brandon Johnson, Howard Kleinhendler, and Emily Newman — participated in the Michigan lawsuit, in which a federal judge referred every lawyer assisting in the case to their respective bar associations for possible discipline or disbarment.

The complaint against Kleinhendler reprises the some of the low points of the “Kraken” litigation.

“These matters not only lacked any basis in law or fact, but included the plaintiffs’ counsel manufacturing quotes from caselaw, adding a plaintiff who had not agreed to join the lawsuit, materially altering a copy of an official document and presenting the altered version to the court as evidence, and presenting patently false evidence that the lawyers did not investigate before presenting it to federal court,” the ethics complaint states. “Incredibly, and perhaps conclusively for your investigation, in defending his co-counsel, Sidney Powell, in a defamation claim based on the assertions she made regarding the 2020 election, Mr. Kleinhendler has posited that, ‘no reasonable person‘ would believe those assertions to be ‘statements of fact.'”

The latter quote came from a legal brief Kleinhendler and others filed defending Powell in a $1.3 billion litigation against her filed by Dominion Voting Systems.

As the complaint also notes, the “Kraken” team claimed that a supposed military intelligence expert code-named “Spyder” supported their allegations. The Washington Post later unmasked that individual as Joshua Merritt, who never worked in military intelligence and told the newspapers that the lawyers had drafted a misleading document for him.

Haller, who served in Trump’s Department of Homeland Security and now represents certain Jan. 6 defendants, signed a complaint on behalf of a man who later insisted that he never signed on to be a plaintiff, her ethics complaint notes.

That man, Derrick Van Orden, later took to Twitter to clarify that he never intended to join the case.

I learned through social media today that my name was included in a lawsuit without my permission. To be clear, I am not involved in the lawsuit seeking to overturn the election in Wisconsin.

“I learned through social media today that my name was included in a lawsuit without my permission,” Van Orden tweeted on Dec. 1, 2020. “To be clear, I am not involved in the lawsuit seeking to overturn the election in Wisconsin.”

Haller later removed him from the case. Van Orden’s tweet, which is still live, has been embedded in the ethics complaint.

Haller and Kleinhendler did not immediately respond to emails requesting comment.

Read the complaints against Haller and Kleinhendler, below: