‘Just Doing Their Job’: Election Worker in Georgia Was Followed and Verbally Harassed With Racial Slurs 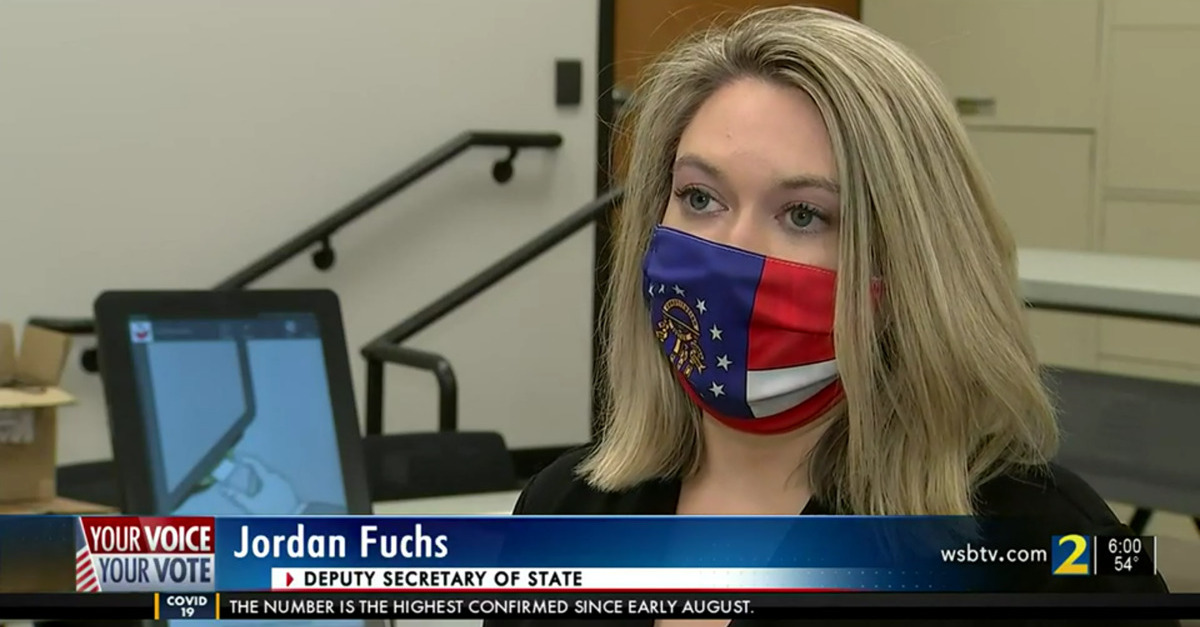 An election worker in Georgia was recently followed home while being subjected to racist harassment, according to officials.

“One of the warehouse workers was the target of racial slurs and he was also followed home last night,” Georgia Deputy Secretary of State Jordan Fuchs told local ABC affiliate WSB-TV.

Michael Barnes is the the director of Georgia’s Center for Elections Systems, which creates and distributes all ballots in the Peach State. He’s also the supervisor of the employee in question, whose identity has yet to be released for obvious reasons.

According to Barnes, the election worker was driving home on Wednesday evening when he noticed another vehicle behind him — making every single one of the same turns and following the exact same route far beyond what might have plausibly been coincidental.

“He, being smart, decided ‘I’m not gonna go home; I’m gonna go to another safe location’ and [he] actually pulled into a Cobb County Police station,” Barnes told the outlet. “And at that point in time, the person that was following him decided not to turn into the police station and went on their way. It made me just shiver.”

The worker is employed at the Georgia Secretary of State’s election supply warehouse where boxes of blank absentee ballots are stored alongside necessary protective equipment like hand sanitizers for poll workers. That facility is currently in the process of “fine-tuning” their extant surveillance system, according to WSB-TV’s Mark Winne.

“We are increasing security around our facilities and making sure that our team members are safe, that they feel protected,” Fuchs said.

Barnes contrasted those high-tech video cameras with cameras wielded by Republican Party voters convinced that President Donald Trump was somehow electorally wronged by the ballot-counting process in Georgia. He complained that a photograph of himself was taken by one such adherent “being taken through a window that’s, you know, closed with blinds” and then posted on Twitter.

Other employees have also had their photographs taken and shared among the GOP faithful online — along with being subjected to fanatical screams about potential jail time and other forms of snooping — prompting additional security precautions and an increased law enforcement presence. Many workers have been escorted to their cars by police officers in the days since the election.

Police presence at the location was ramped up after the worker was followed and verbally accosted in racist terms. He later spoke with police about the incident.

Notably, the warehouse itself does not store any actually-marked ballots or thumb drives used to store voting data–suggesting the extent to which the rage and harassment towards the employees there is lacking any sort of basis in reality.

“Honestly, we worry about what might happen next,” Barnes said. “It’s a shame that people that are just doing their job are being treated in such vile ways.”