By ‘Written Order of the President,’ Trump Installs U.S. Attorney to Replace One He Seemed to Slam in Raffensperger Call 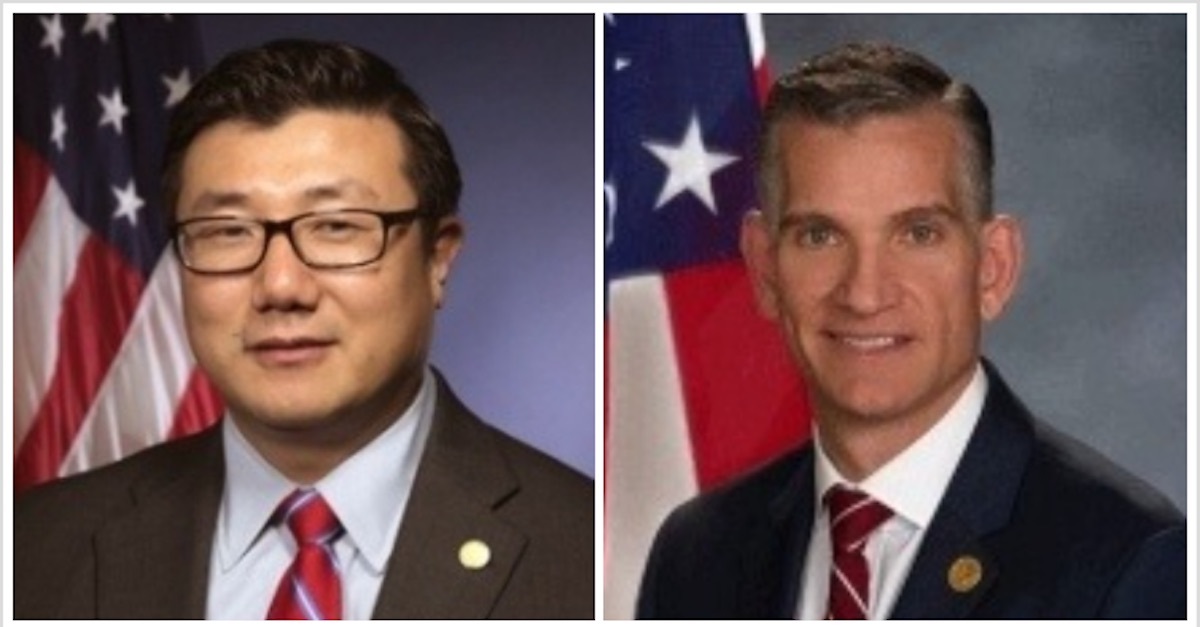 The official photos of the Northern District of Georgia’s ex-U.S. Attorney Byung “BJay” Pak and his successor Bobby L. Christine.

Outgoing President Donald Trump has written an order to install his handpicked U.S. Attorney in a jurisdiction that includes Atlanta, Georgia, a post previously held by another Trump appointee whom Trump appeared to brand as a “never-Trumper” in a taped phone call with Georgia Secretary of State Brad Raffensperger this weekend.

The Southern District of Georgia’s top prosecutor, U.S. Attorney Bobby Christine also took over for his departing colleague Byung “BJay” Pak up north in the Peach State on the day of the latter’s precipitous ouster. Christine will now preside over both offices.

“On January 4, 2021, by written order of the President, Bobby was named Acting U.S. Attorney for the Northern District of Georgia,” the Justice Department announced on its website.

The Justice Department referred a request for the order to the White House, which did not immediately respond to an email seeking it.

“It has been the greatest honor of my professional career to have been able to serve my fellow citizens as the U.S. Attorney for the Northern District of Georgia,” Pak, the state’s first Korean-American U.S. Attorney, wrote in a statement that did not reveal the reason for his departure.

Christine, who was part of the investigation into Abu Ghraib as an Iraq War veteran, provided no public statement about taking over Pak’s post. Just one day after his resignation, Pak’s biography on the Northern District of Georgia’s U.S. Attorney website was deleted.

“I have no information on BJay’s decision,” the Northern District’s spokesman Bob Page said in an email.

The shake-up happened one day after the Washington Post published a tape showing Trump complaining to Raffensperger: “You have your never-Trumper U.S. attorney there,” in the middle of a more than one-hour riff where the president appeared to threaten the secretary of state with unspecified criminal prosecution if he did not “find” the 11,780 votes necessary to swing the election in his favor. Though the alleged “never-Trumper” was never named in the call, Pak previously presided over the district where the president has been trying to discredit the vote and has been widely reported to be the target of his swipe.

“What’s unusual here to me is you have this call that gets released where he’s called a ‘never-Trumper’ […] and then he resigns, and then he’s immediately replaced, not by his acting U.S. Attorney, but by someone else,” Rodgers told Law&Crime in a phone interview, referring to the standard order of succession where a resigning top prosecutor is replaced by a deputy.

“The weird part is him being replaced by someone outside of the office,” Rodgers continued. “I mean, we’re 15 days away from Inauguration Day. That’s the bizarre part. It just can’t be true that there’s a need to bring someone in from outside the office when there are presumably perfectly capable leaders in that office who can carry the office for the two weeks until Inauguration Day happens.”

Trump’s solitary term has been rife with sudden resignations and firings of U.S. Attorneys perceived to be insufficiently loyal to the president, some of which have defied usual protocol.

In the Southern District of New York, ex-U.S. Attorney Preet Bharara refused to accept a phone call from Trump because of a breach of protocol and made the president fire him, and his deputy Joon Kim took over for him. Geoffrey Berman, who was Kim’s successor, initially refused to leave the same office after ex-Attorney General Bill Barr falsely claimed he quit and that someone outside his office would replace him. In an extraordinary standoff, Berman refused to budge until he forced Barr to let his deputy Audrey Strauss take over the office, which she presides over today.

In the Eastern District of New York last June, ex-U.S. Attorney Richard Donoghue traded places with Seth DuCharme, who took over his position from Main Justice, where DuCharme helped out with the investigation by U.S. Attorney John Durham, the man spearheading the probe to discredit the Russia investigation.

“There’s no question that Trump is a guy who likes his retribution and revenge,” Rodgers noted. “So on the one hand, I wouldn’t put it past him to remove someone just because he decides he doesn’t like him, but that still doesn’t explain the replacement with someone else.”

For Rodgers, this raises the question of what is happening in the Northern District of Georgia.

“Do they have any big investigations that touch the administration that they might want something to be done about in these last kind of waning moments, or are they trying to get something going, kind of in the way that Bill Barr appointed John Durham for the investigation that he’s been doing?” she asked.

Appointed by Trump and sworn in on Nov. 22, 2017, Christine previously served as a local and military prosecutor before his time as U.S. attorney. The Abu Ghraib scandal that he helped investigate has been widely criticized as a cover-up.

[Images via the Justice Department]