A Police Report Was Filed Against Democratic Rep. Debbie Wasserman Schultz for Allegedly Shoving a Minor 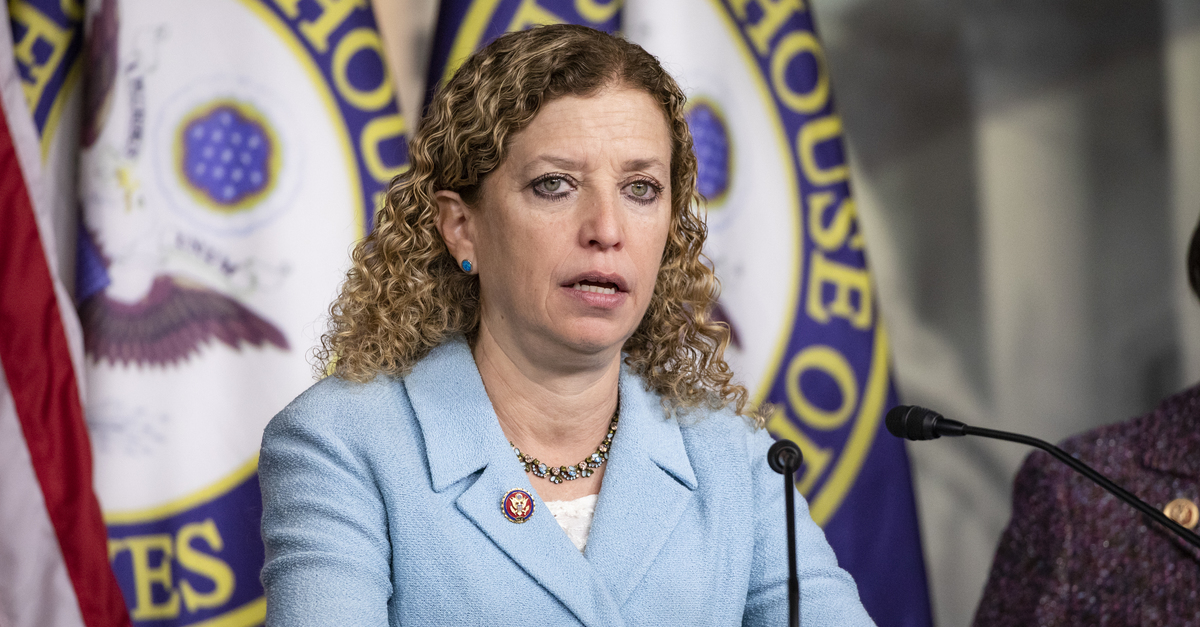 A police report was filed on Monday against Rep. Debbie Wasserman Schultz (D-Fla.) for allegedly shoving a minor.

The incident involving the eight-term congresswoman allegedly occurred over the weekend and was catalogued in a TikTok video by 16-year-old climate activist Martina Velasquez.

“I want to tell y’all about my experience with Debbie yesterday,” Velasquez says in the clip that went viral late Sunday evening. “I’m not only a child at the age of 16, but I’m also a constituent and an activist–and in very specific, a climate activist. When I was handing out palm cards to voters and explaining how Debbie was not endorsed by any climate activists other than the Sierra Club–which is historically racist. She ended up shoving me more than one and calling me a liar to my face. This is my congresswoman.”

Law&Crime has confirmed that a police report was filed–though Velasquez apparently “declined prosecution at the time that the report was taken,” as police put it.

Under Florida law, the statutory crimes of “assault” and “battery” are separate offenses. Here, it looks as though Wasserman Schultz is being accused of battery–an unwanted touching or use of force. It is typical, however, for the two offenses to be charged in tandem.

“I’m from Broward County, Florida and I’ve been a political advocate since I was a child,” she notes in the video. “Right now, I’m campaigning for Jen Perelman in District 23. Jen Perelman is up against a monster and her name is Debbie Wasserman Schultz.”

Perelman herself drew attention to the claim via Twitter:

This is my volunteer, Martina Velasquez, who was shoved & accosted. #DebbieMustGo https://t.co/OGVWym6tH4

“I’m only going to say this once: If you want to put your hands on anyone, try it with me,” Perelman followed up in a later tweet. “Don’t you EVER touch my volunteer.”

Speculation, surprise, shock, curiosity and outrage ran rampant after the TikTok video was posted across various social media networks. Many skeptics and critics of the allegations called into question why there was no video of the alleged shoving and when, if ever, a police report would be filed against the centrist legislator.

Some of those concerns were put to rest late Monday afternoon.

“Police Report has been filed,” Perelman tweeted. “No one, even a congresswoman, is going to touch or intimidate my kids [and] get away with it.”

“One of our campaign volunteers was evidently having a conversation with a prospective voter,” Perelman campaign manager Peter Hager told Law&Crime. “She was talking about [Wasserman Schultz’s] record on the environment, where she takes her campaign money from, things like that. She was mentioning how we were endorsed by a lot of the local climate community groups.”

At some point, however, things allegedly took a turn for the violent.

“According to our campaign volunteer, she was physically shoved four times by Debbie and was also verbally accosted by her–calling her a ‘liar’ and things like that,” Hager continued. “I mean, look, for a sitting congresswoman to put her hands on a minor–that’s really not a good look and I’m putting that nicely.”

Law&Crime repeatedly reached out to Wasserman Schultz, her campaign and her congressional office for comment on this story but no response was forthcoming at the time of publication. Local media were also unable to obtain any comment from the lawmaker about the incident.

Hager consistently reiterated that this was not a good time–or a good thing–for the Perelman campaign. He also said there were “several eyewitnesses” who could attest to what happened between Wasserman Schultz and Velasquez.

“Putting your hands on a minor is unacceptable,” he said–while acknowledging that very little was likely to come of the police report because the incumbent “thinks she’s untouchable.”

“All I know is that it took a lot of courage for this young lady to do what she did,” Hager continued. “Who knows what’s going to come of it. Will Debbie issue a public apology or something like that? Who knows. This is way too early in the process to go past giving a written statement to the police department because obviously they have to check things–like are there any cameras in the library–this is not something that’s going to be dealt with within the next 24 hours prior to the election.”

Early voting has already taken place in the primary and election day is August 14.

“All I know right now is that we have a member of our team who was willing to stand up and say ‘Yeah, I’m not taking this lying down. You know you shouldn’t have touched me. She shouldn’t have shoved me and shouldn’t have accosted me in front of a lot of people,’” Hager said.

Hager was adamant that it didn’t have to come to this:

I can’t get into the mindset of a 16-year-old girl but maybe because she had issued, you know, a statement online; because Jen had also made to the statement online via social media; maybe Debbie might have been prompted to at least come out and say, “Look, I made a mistake I shouldn’t have shoved you.” That might have said a lot more about her as a person–to at least say, “Look, I made a mistake and I’m owning it.” Instead she chose not to say anything about it. At that point you know [Velasquez] came to us and said “I want to go to the police.”

The report was filed with the Pembroke Pines Police Department.

“This incident (PPPD20OFF047648) is classified as an ‘Information’ report,” Pembroke Pines Public Information Officer Amanda Conwell said via email. “The complainant declined prosecution at the time that the report was taken. The complainant wished it documented that the second party (Ms. Wasserman Schultz) allegedly bumped into/made physical contact with her as they were both handing out flyers. The complainant believed that this contact was intentional.”

“As the complainant does not wish to prosecute, our agency will not be investigating further into this matter at this time,” the department noted.

The officer was diligent and thorough and told Velasquez that unless there’s video footage, the question is: “Was there intent to harm?” And he said that was difficult to prove. There were eyewitness accounts of this actually happening. Which is rather incredible when you think about it–for a sitting congresswoman.

“We’re not trying to make this the story,” Hager continued. “We don’t want to win on scandal. This isn’t like the Eliot Engel situation. This is somebody who put their hands on one of our volunteers and that’s unacceptable.”