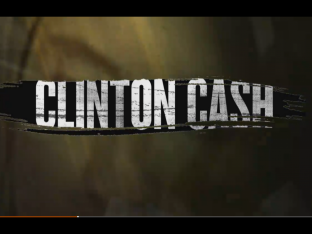 The 2015 New York Times bestselling investigative book Clinton Cash:  The Untold Story of How and Why Foreign Governments and Businesses Helped Make Bill and Hillary Rich, has now been made into a documentary film.

According to Bloomberg News, the Clinton Cash film will make its premiere next month in Cannes, France at a screening arranged for distributors that will be on hand for the prestigious Cannes Film Festival — the film is not part of the festival.  The film’s U.S. premiere appears to be scheduled for maximum impact as it will debut on July 24 in Philadelphia, on the eve of the Democratic National Convention.  It will then continue to roll out on a limited release basis during the first week of August, premiering in New York, Los Angeles, Chicago and San Francisco.

If the trailer is any indication, this film will almost certainly be every bit as controversial as the book.  Perhaps even more so, with its release coming in the final months of what is expected to be a brutal presidential election campaign.

During a radio interview on Wednesday, GOP presidential frontrunner Donald Trump mentioned that he would likely use information from the book version of Clinton Cash against his likely general election opponent.

“I think we’ll whip out that book because that book will become very pertinent,” Trump said.  “I’m surprised it hasn’t been used by Sanders.”

Clinton, however, may have more to worry about than just political attacks.  As LawNewz.com previously reported, federal investigators recently subpoenaed records from the Clinton Foundation.  According to reports, investigators are probing possible pay-for-play allegations in which donations were made to the Clinton Foundation in exchange for favorable treatment from Clinton’s State Department.