Experts: President Trump Can Fire Fed Chair Jerome Powell ‘For Cause’ Because of This Obscure Law | Law & Crime

Experts: President Trump Can Fire Fed Chair Jerome Powell ‘For Cause’ Because of This Obscure Law 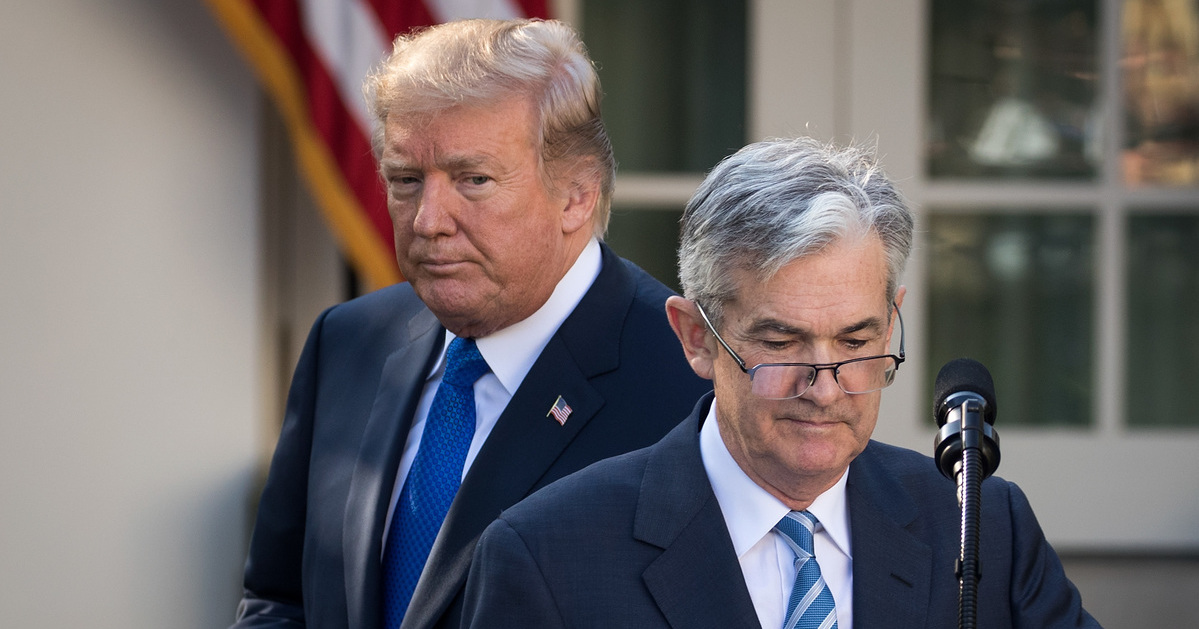 Can President Donald Trump fire Federal Reserve Chair Jerome Powell? Some experts say that such a move is well within the president’s authority.

“That’s all it says on the subject, as far as I can tell,” Watson notes. “The Act doesn’t define what the word ’cause’ would entail. But Congress clearly thought the U.S. president should be able to remove board members before their terms expire, under certain conditions.”

“It’s [sic] probably be stupid/bad for Trump to [fire Powell], but the anguished screams about the norm fairy are worse,” Stoller tweeted in response to news that Trump was querying his advisers on whether he had the authority to fire the Federal Reserve chair. “Elected leaders should control government policy.”

“Trump has the authority to do this,” Stoller insisted. “Fed board members have been breaking a very simple law forever.”

Which law might that be? Stoller pointed to section 10(4) of the act:

Accompanying this citation, Stoller also provided three lines of data from Powell’s Executive Branch Personnel Public Financial Disclosure Report. Those three lines show that Powell is heavily invested–to the tune of at least $800,000–in the stock market by way of three separate index and exchange-traded funds. To wit: (1) the T Rowe Price Equity Index 500; (2) the Blackrock S&P 500 Index; and (3) the SPDR S&P 500 ETF.

Cutting to the chase here: each of the above-mentioned funds is heavily invested in the banking sector.

Would those investments run afoul of the rules? Maybe–removing a Federal Reserve Chair has never been tried before.

“Trump doesn’t mind breaking precedent to achieve his goals,” he noted. “So if he wants to remove Jerome Powell, I think he will do it. No one can stop him. Would Congress object? Probably, but its members have yet to impose any meaningful constraints on Trump. All he has to do is dream up some ’cause’ and most will fall in line.”

Stoller also helpfully provided the upshot of all this:

I also think it would be funny if Trump took advantage of an old conflict of interest law saying Fed board members can’t own bank stocks (though they all do through index funds) to fire a guy he doesn’t like. Ethics!