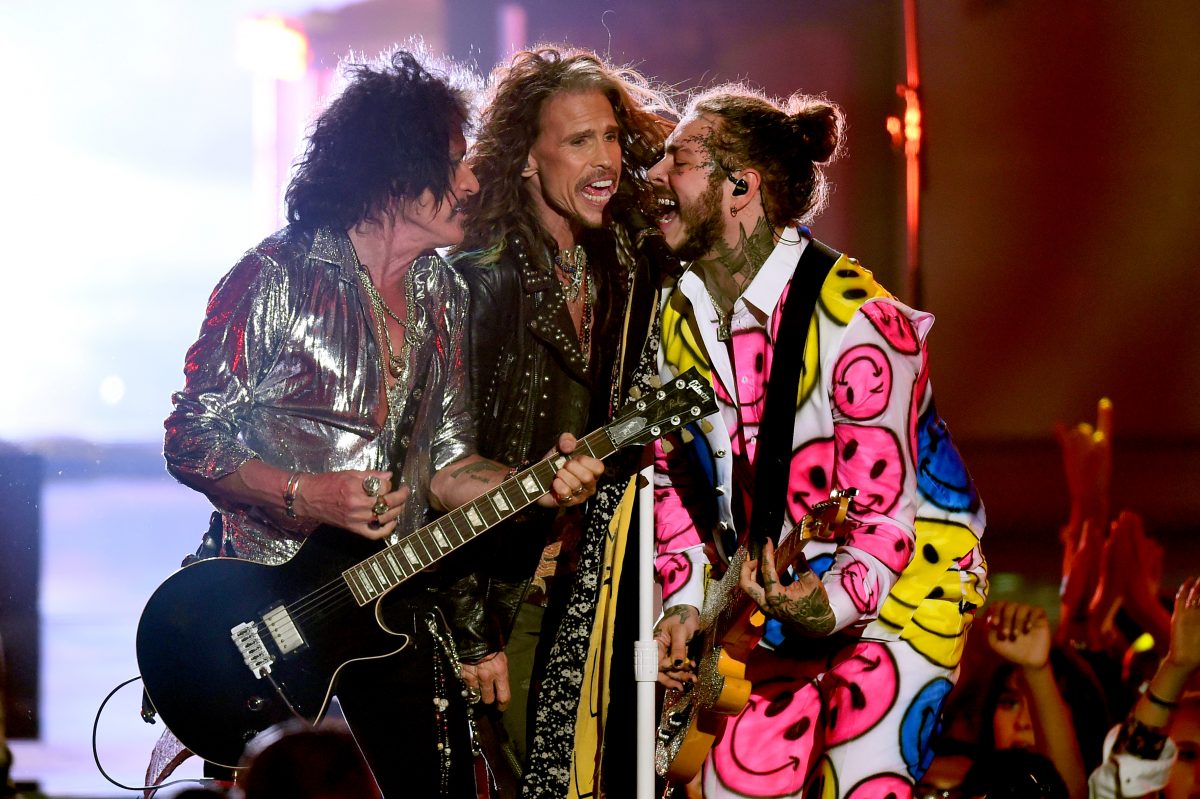 It’s always delicious when President Trump tries to act all cool and reality smacks him in the face. He has made it a habit of using recorded music without permission from the artists, and yet again, those artists are telling him to knock it off. This week, Aerosmith front man Steven Tyler’s lawyers sent another cease and desist letter – the third one of its kind– to President Trump to warn him against continued use of Aerosmith’s music at his rallies.

On Tuesday, Trump played Aerosmith’s “Livin’ on the Edge” as supporters entered a West Virginia rally. Without permission from the Tyler (or some applicable defense), public use of recorded music would certainly constitute copyright infringement.

Here is the cease and desist letter to Trump from Steven Tyler’s lawyers demanding that the Trump campaign refrain from playing Aerosmith music at rallies. Aerosmith has made this demand before according to this letter. pic.twitter.com/tWpOSO6tS5

Sending cease and desist letters is a favorite hobby of Mr. Trump’s, and in many instances, and as he surely knows, they’re inconsequential. However, in the context of copyright law, Trump’s receipt of this letter has some real significance. Law & Crime spoke with intellectual property attorney Stephen P. Hoffman, who explained:

By sending a cease-and-desist letter, Steven Tyler is putting Donald Trump on notice that Trump is not authorized to use “Livin’ on the Edge” at his campaign events. While the letter itself does not have the legal effect of a court order or injunction, if Trump continues to use the song it makes it much harder for him to claim that he is not willfully infringing on the song’s copyright.

When it comes to copyright infringement, “willfulness” is usually a pretty big deal. When a court finds that copyright infringement has been willful, it can – even without the plaintiff requesting – bump up statutory damages from $30,000 to $150,000. That may be chump change to both Trump and Tyler, but us lowly legal analysts, it’s a powerful deterrent.

Tyler would also have the option to go the route of pleading actual (as opposed to statutory) damages, which would mean seeking compensation for harm done to his business based on a perceived association with Trump. In many instances, claims that a false impression of association caused financial harm are very difficult to prove; however, in the context of Trump, such a claim stands on solid footing. There have already been many instances in the news in which connections with Trump have had serious financial consequences for individuals and businesses. The boycott and resulting sale of Ivanka Trump’s clothing brand and the #GrabEmByTheWallet movement comes to mind.

As the case and desist letter warned, Tyler may also have a claim for violation of the Lanham Act, which penalizes trademark infringement. The letter stated:

As we have made clear numerous times, Mr. Trump is creating the false impression that our client has given his consent to the use of the music, and even that he endorses the presidency of Mr. Trump.

Unlike copyrights, which would make the playing of Aerosmith’s music unlawful based simply on lack of permission, trademark laws protect the band from having its image tarnished as a result of being linked to Trump. The mere mention of Lanham violations in this letter is the ultimate burn of Trump; it says that even the perception of being Trump supporters is so damaging to the rock icons that they will seek court intervention and money damages.

Intellectual property attorney Stephen Reich explains, “the issue here is whether folks attending a Trump rally would believe the band is affiliated with Trump.   To enjoin Trump from playing the song, Steven Tyler would have to show irreparable harm. That feels like a high bar, but president or not, Trump doesn’t have the upper hand – as the rights holder, Tyler does.”

If such a case were to move forward, Trump would likely argue fair use as a defense to infringement – that the use of the song at the rallies did not confuse audiences about Aerosmith’s political allegiance. I’m guessing that argument isn’t going to go so well since there are thousands of social media posts proving that song use means a lot to the MAGA-nation:

I used to like Aerosmith not anymore, by Tyler! #maga

Born and raised in Beantown and lived in Vegas since 96. I was so excited u were coming here and I was a huge fan until YOU OPENED YOUR MOUTH ABOUT OUR GREAT PRESIDENT!! #LOSINGFANSBYTHESECOND MAGA #TRUMP2020

This certainly isn’t the first time a politician Republican has gotten into legal hot water by using songs without authorization. There’s the famous “Born in the USA”/Ronald Regan debacle, John McCain’s unauthorized use of Van Halen’s “Right Now,” or Rand Paul’s use of Rush’s “Tom Sawyer,” not to mention Trump’s use of REM’s “It’s The End of the World as We Know It,” or Elton John’s “Tiny Dancer.”

For his part, Tyler is taking the high road, and claiming purely apolitical motivation for defending his intellectual property rights:

THIS IS NOT ABOUT DEMS VS. REPUB. I DO NOT LET ANYONE USE MY SONGS WITHOUT MY PERMISSION. MY MUSIC IS FOR CAUSES NOT FOR POLITICAL CAMPAIGNS OR RALLIES. PROTECTING COPYRIGHT AND SONGWRITERS IS WHAT I’VE BEEN FIGHTING FOR EVEN BEFORE THIS CURRENT ADMINISTRATION TOOK OFFICE.

Moving forward, though, Trump should probably get a new soundtrack.  I hear Kid Rock is available for licensing.