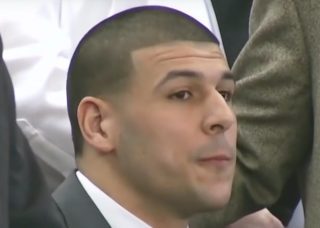 The order was a response to a bill of discovery filed by the estate of Aaron Hernandez.  Shayanna Jenkins Hernandez, Aaron Hernandez’s fiancee, is the court-approved personal representative of the estate.

The bill of discovery, according to court documents, appears to be a precursor to a civil action.

The estate states that it is “contemplating” tort claims against the state.  The estate alleges a jail guard did not make required prison rounds according to a set schedule.  “The unaccounted for seven hours” before Hernandez’s hanging are critical, the estate said.  The argument goes that had the rounds been made, the suicide might have been prevented.

The judge ordered that the prison systems and the officials surrounding it preserve virtually everything surrounding the discovery of Aaron Hernandez, including:

Officials say Hernandez took his own life in prison just days after he was acquitted of seven of the most serious charges he faced related to a Boston double murder.  He was convicted in that case of a minor weapons possession charge.

Hernandez remained in prison on a life sentence regarding a different murder, that of Odin Lloyd, a semi-professional football player whom he knew.

Editor’s Note:  This article was updated from its original status as a breaking news piece.  The update includes an expanded list of the evidence the judge ordered the state to preserve and an expanded analysis of the legal documents filed by the Hernandez estate.