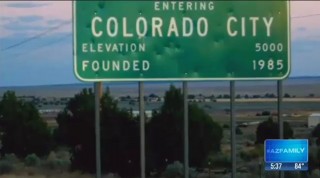 For the past month, the inner workings of the polygamous Mormon breakaway sect, the Fundamentalist Church of Jesus Christ of Latter-Day Saints or FLDS, have been exposed in a discrimination lawsuit in federal court in downtown Phoenix. The case threatens the existence of a FLDS community—the border towns of Hildale, Utah and Colorado City, Arizona often referred to as the “twin cities.” At least the way it has operated for years. In fact, this lawsuit may finally bring an end to the community’s corrupt enterprise that has existed for decades under the guise of a religion.

The focus of the lawsuit brought by the U.S. Department of Justice against the two towns and utility companies is the discrimination of non-FLDS residents on the basis of religion. Local government officials, including the towns’ joint police department, are alleged to have engaged in a pattern of corrupt practices in violation the Civil Rights Act, the Fair Housing Act and the First, Fourth, and Fourteenth Amendments to the U.S. Constitution. The FLDS is not named as a defendant but the church is certainly on trial since there is little distinction between the FLDS and the government in the twin cities.

Non-FLDS residents allege they have been denied housing, utilities, and police protection because they do not practice the same religion. One couple was told there was a water shortage. They were forced to transport their water to their home yet there was plenty of community water for FLDS members. The non-FLDS residents complained of intimidation and arrests without probable cause; dead and mutilated animals were left on their porches to drive them out. The local police are accused of ignoring these complaints and carrying out the directives of the church—a blatant violation of the First Amendment’s Establishment Clause that separates the church and state.

Government witnesses included former members of the FLDS. Willie Jessop, arguably the government’s star witness, was once a bodyguard for the self-proclaimed leader Warren Jeffs. Jessop described the lengths FLDS members took to carry out Jeffs’s orders and to protect him when he was a fugitive more than 10 years ago. Arizona and Utah authorities had charged Jeffs with sexual assault and facilitating the assault of an underage girl by arranging her marriage. Jeffs was on the lam for months before being apprehended in Las Vegas in late August 2006. Jessop described for the jury an elaborate FLDS scheme to funnel cash and supplies to Jeffs while he was on the move.

Church practices reveal the extent of Jeffs’s control over its members. The “heaven-sent” directives he orders include “reassigning” the wives and children of outcast members to other men, exiling teen boys from the church for reportedly insignificant infractions such as watching a movie, forbidding television, the internet, and toys. At one point, Jeffs forbade couples from hugging and embracing and parents from hugging and kissing their children.

Jessop described learning that Warren Jeffs, the man he worshiped as a prophet, had sexually abused girls he took as “spiritual wives”—girls who were as young as 12 years of age. Once Jessop confirmed what Jeffs had done, his relationship with the church deteriorated.

This week, Joseph Steed Allred, the mayor of Colorado City was a recalcitrant witness. He invoked his 5th Amendment right not to incriminate himself numerous times, including when asked if he had married underage teens, ages 15 and 17, and impregnated the 17 year old.

Earlier in the trial, Helaman Barlow, a former FLDS member who was once the police chief, admitted that he lied under oath over the years to protect the FLDS and Warren Jeffs. He described the church’s control over the police department. Barlow knew that child marriages were occurring and did nothing to prevent them. Barlow feared excommunication if he pulled against the church. He would then lose his wife and children who would be reassigned to another FLDS man. The U.S. Department of Justice gave Barlow immunity in exchange for his critical testimony so long as he testified truthfully.

Jeffs is currently serving a life sentence in a Texas prison for sexual assault of two underage girls who were among his approximately 70 wives. Evidence at the trial revealed that Jeffs still acts as the church’s leader from the Texas prison.

The trial is in its fourth week. The U.S. Department of Justice is seeking an injunction to stop the unconstitutional and illegal practices, monetary damages for all who have been victimized by the discriminatory practices, and civil penalties against the twin cities and two utility companies named as defendants.