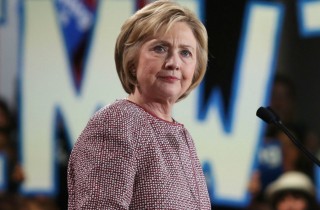 Many Americans, understandably, want to elect a healthy president. With Hillary Clinton’s recent pneumonia diagnosis, the media has increased its focus on the relative health of both Clinton and Republican nominee Donald Trump as the presidential race enters its final two months.

When considering contributions from employees and PACs in the health sector, though, it’s no contest. Clinton has built up a tremendous fundraising lead over Trump in a number of health-related industries.

Health professionals – an industry classification that includes physicians, nurses, psychiatrists and more – had donated more than $6 million to Clinton’s campaign and outside groups backing her candidacy by midyear. This total amounts to almost $1.5 million more than workers in the field gave to also-ran Marco Rubio, who netted the next-highest contribution levels. Donald Trump lands on the list at number seven, taking in just $627,849.

The three physicians who ran or are running for president this year – Republicans Ben Carson and Sen. Rand Paul (Ky.) and Green Party nominee Jill Stein – have been unable to exchange their medical cache for cash, placing fifth, eighth and 23rd, respectively.

Hospital and nursing home employees and PACs have also given more to Clinton than any other candidate, donating over $2.5 million. Trump’s support from this industry, too, lags behind, as the Republican has received $117,503 – less than 5 percent of Clinton’s take.

The health services/HMO industry, which includes non-residential health care services and medical laboratories, bucks the trend, with employees and PACs in the field having contributed most to back defeated Republican candidate Jeb Bush. The former Florida governor racked up more than $1.6 million in support of his bid, while Clinton sits at second on this list, having received over $1.1 million.

The widest gap between Clinton and her rivals is in the pharmaceutical industry. PACs and employees in that arena have given over $10 million to back her candidacy, roughly $8.5 million more than they have donated to support Bush, the next-top candidate, and 168 times more than they have thus far given to Trump.

And, speaking of pharmaceuticals, employees of Pfizer, which manufactures the Prevnar 13 pneumonia vaccine, have donated more to support Clinton than to any other presidential candidate, contributing $115,091 total.

We don’t know if Clinton had the vaccine, but to treat her pneumonia, she was prescribed a 10-day treatment of Levaquin, an antibiotic manufactured by Janssen Pharmaceuticals. Employees of Janssen’s parent company, Johnson & Johnson, have also backed Clinton over her rivals, to the tune of $72,236.

It’s worth noting that Trump has only recently begun to ramp up his fundraising efforts, having previously relied largely on self-funding. For the time being, however, the gulf between the two leading candidates is vast.

Jack Noland is a reporter for OpenSecrets, a nonpartisan watchdog group that keeps track of money and politics.