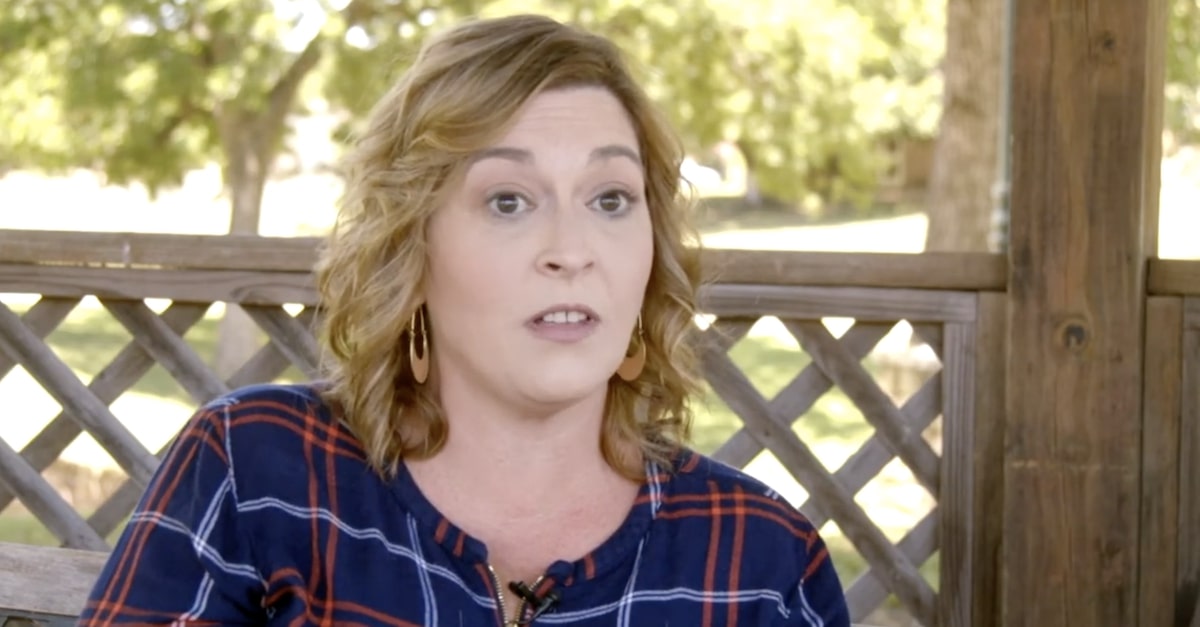 The lawyer who had been acting as the president of the Oath Keepers extremist group after the arrest of its leader and founder Stewart Rhodes has now been charged herself with conspiring to obstruct an official proceeding, tampering with documents and other crimes.

“I am currently acting as President of Oath Keepers in lieu of Mr. Rhodes until he is released,” SoRelle reportedly said at the time. “He is not guilty of any of the outlandish charges and the organization stands with Mr. Rhodes. I would like for the political parties and politicians to stop dividing the people and using us to promote agendas for their own personal financial gain.”

She received an enthusiastic endorsement by Rhodes himself at a rally in March 2021, where the Oath Keepers founder introduced her a “patriot lawyer from Texas” and a former prosecutor who was with a group called “Lawyers for Trump” in Michigan. At the time, Rhodes claimed SoRelle “witnessed the theft of the election firsthand.”

One of the many lawyers behind a wave of litigation to overturn the 2020 election results, SoRelle once asked a federal judge to declare President Joe Biden’s government and “every member” of Congress illegitimate. Her post-election litigation, which was promptly dismissed, was known by The Lord of the Rings reference in one of its legal briefs.

“Gondor has no King,” it argued, likening the mythical kingdom to two branches of the United States government.

Like more than 60 other lawsuits, SoRelle’s litigation failed to disturb the results. Every audit, recount, and legal action by Donald Trump and his supporters affirmed the former president’s defeat and Joe Biden’s legitimate victory.

Unlike Rhodes, SoRelle has not been accused by a grand jury of seditious conspiracy.

The Jan. 6-related charges against her are conspiracy to obstruct an official proceeding, obstructing an official proceeding, entering and remaining in a restricted building or grounds, and obstruction of justice by tampering with documents. Her indictment, first reported by The New York Times, reveals few details about the allegations against her other than the charged offenses.

The document tampering charge, however, contains some detail about the alleged conduct, which prosecutors say occurred the day after the attack on the U.S. Capitol.

“On or about January 7, 2021, in the District of Columbia and elsewhere, Kellye SoRelle did corruptly persuade and attempt to corruptly persuade other persons with intent to cause and induce such persons to (A) withhold records, documents, and other objects from an official proceeding, that is, the Grand Jury investigation into the attack on the United States Capitol on January 6,2021, and (B) alter, destroy, mutilate, and conceal objects with intent to impair the objects’ integrity and availability for use in such a Grand Jury investigation,” the indictment states.

SoRelle, 43, was arrested in Junction, Texas, and she is expected to make an appearance later today in the U.S. District Court for the Western District of Texas.