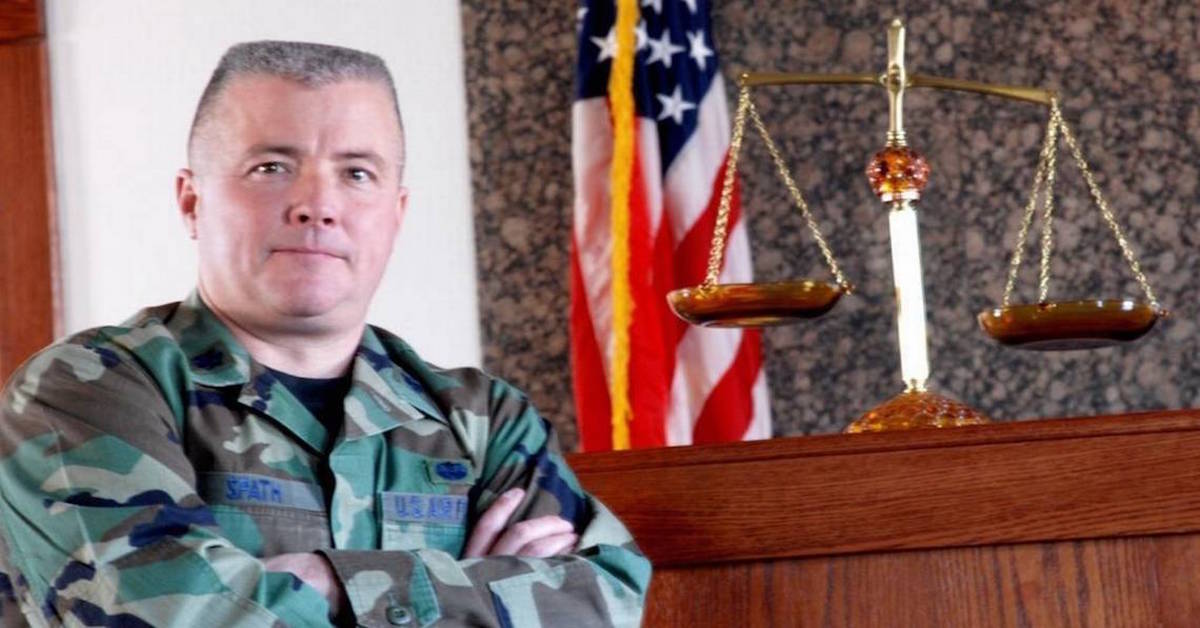 An Air Force judge is retiring amidst the ongoing case against a Guantánamo Bay detainee implicated in the 2000 bombing of the USS Cole–and the judge’s own controversial actions while overseeing that case.

In June, Air Force Colonel Vance Spath was rebuked by a federal court for issuing an unlawful contempt conviction against Marine Brigadier General John G. Baker. In November, Spath shocked the nation when he ordered Baker to pay a $1,000 fine and spend 21 days confined in a Guantánamo trailer after Baker released several defense attorneys from the USS Cole case.

Baker is the chief defense counsel for military commissions at the Guantánamo war court established during the presidency of George W. Bush. Spath claimed that he, as judge, was the only person with authority to release attorneys of record from the case. As noted by reporter Carol Rosenberg in a copiously documented series of articles for The Miami Herald, Spath’s authority was repeatedly undermined and disrespected over revelations of highly untoward behavior.

Multiple defense counsel headed for the exits after discovering the government had surreptitiously placed a listening device in rooms where clients are supposed to confer with their attorneys in confidence. After the microphone was found out, the U.S. Court of Appeals for the District of Columbia issued an unusual demand for the government to provide various classified information related to the apparent eavesdropping.

Spath was apparently unmoved by their protests and repeatedly ordered defense attorneys Rick Kammen, Rosa Eliades and Mary Spears to continue their work. Each attorney refused and Baker was ordered to reinstate them anyway; he refused to do so. Cue the contempt charge; the first American convicted of anything at the military commission in Guantánamo.

Lamberth determined that Spath did not, in fact, have the authority to convict and sentence General Baker. In his 27-page opinion, Lamberth noted that said role belongs to the members of a military commission. That is, the military officers who will eventually form the functional equivalent of jurors in the USS Cole case. No such commission has been formed as of yet. Lamberth noted:

Judge Spath acted unlawfully when he unilaterally convicted General Baker of criminal contempt and sentenced him for that contempt. He usurped a power that belongs solely to the members of the commission, voting as a body.

Spath’s frustration with his job atop the war court perch has been a long time coming. In February, Spath froze all pretrial proceedings in the case against Abd al Rahim al Nashiri due to the defense attorney exodus. He said, announcing the freeze, “I am abating these proceedings indefinitely. We’re done until a superior court tells me to keep going.” According to Rosenberg, Spath even said the first sentence twice.

At that time, Spath’s public bitterness–and spat with Baker–was a loud declaration as he literally walked away from the bench.

Now, with little fanfare or attention, the chief of the Air Force judiciary “has an approved retirement date of Nov. 1, 2018,” according to a statement from Air Force spokesperson Brooke Brzozowske.