Alito Blasts Justices in Scathing Dissent: Fourth Amendment is Not an ‘Ass’ 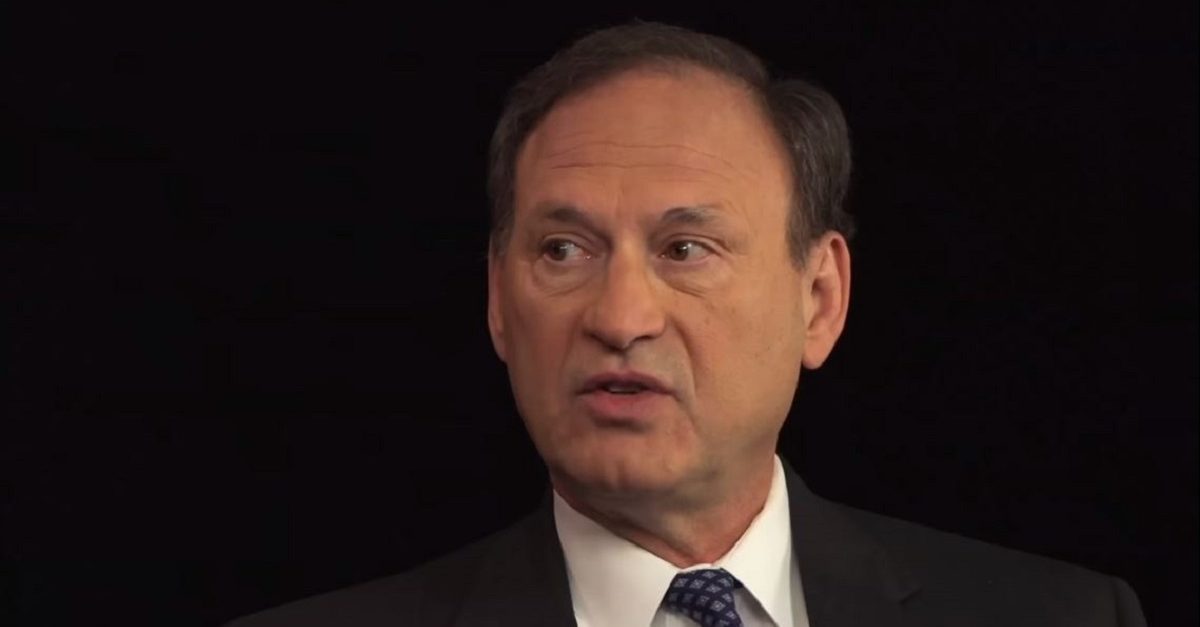 On Tuesday, the U.S. Supreme Court handed down their opinion in the case of Collins v. Virginia, which dealt with the question of whether or not the exception to the Fourth Amendment which allows police to search automobiles without a warrant applies when the vehicle is on private property. Justice Sonia Sotomayor‘s opinion said it does not, and everyone was pretty much on board. That is, everyone except for Justice Samuel Alito, who very much was not, and didn’t pull any punches in his dissent.

“What the police did in this case was entirely reasonable. The Court’s decision is not,” Alito said in his scathing opening paragraph.

First, some backstory. The case revolves around the arrest of Ryan Austin Collins outside of his girlfriend’s home, where he stayed from time to time. Police Officer David Rhodes went there, looking for a motorcycle that he believed to be stolen, as well as involved in a chase, where the driver allegedly drove 140 mph in an attempt to get away from police.

Officer Rhodes, after seeing images on Collins’ Facebook account of a motorcycle parked in a driveway that matched the orange and black description, went to the location and saw a motorcycle under a tarp, parked at the top of the driveway. He walked over to it, lifted the tarp, confirmed by running the license plate and vehicle identification numbers that it was the bike he was looking before, took a photo, and put the tarp back. He then for Collins to come home, at which point Rhodes arrested him, leading to Collins being convicted of receiving stolen property.

Sotomayor wrote that the automobile exception, which allows police to search vehicles based on probable cause of criminal activity without getting a warrant first, doesn’t apply here, because the motorcycle was on private property. The area where it was parked was deemed to be part of the home’s “curtilage,” which is protected by the Fourth Amendment’s prohibition of unreasonable search and seizure. If the motorcycle had been parked in a public area, it would be one thing, the Court reasoned, but Officer Rhodes broke the law by snooping around on private property.

While the rest of the court more or less agreed (Justice Clarence Thomas wrote a concurring opinion where he agreed with the outcome but for different reasons), Alito thought this was nonsense.

“The principal rationale for this so-called automobile or motor-vehicle exception to the warrant requirement,” Alito pointed out, “is the risk that the vehicle will be moved during the time it takes to obtain a warrant.”

That risk doesn’t change just because the motorcycle was parked on the driveway and the officer “had to walk 30 feet or so” to get to it.

“If the motorcycle had been parked at the curb, instead of in the driveway,” he said, “it is undisputed that Rhodes could have searched it without obtaining a warrant.”

Alito said that the motorcycle isn’t any less mobile because of where it was parked, and the cop walking up the driveway did not harm the property’s owner.  He paraphrased Oliver Twist, recalling how the character Mr. Bumble reacted to a legal rule that didn’t mesh with reality.

“If that is the law, he exclaimed, ‘the law is a ass—a idiot,” Alito quoted, before saying, “The Fourth Amendment is neither an ‘ass’ nor an ‘idiot.'”

Alito did not say that he believes that vehicles could be searched in any situation where they’re located on property, but that there should be a case by case analysis of the degree of an officer’s intrusion. He said that the Court’s decision in the Collins case was “strikingly unreasonable” based on how little Officer Rhodes intruded.