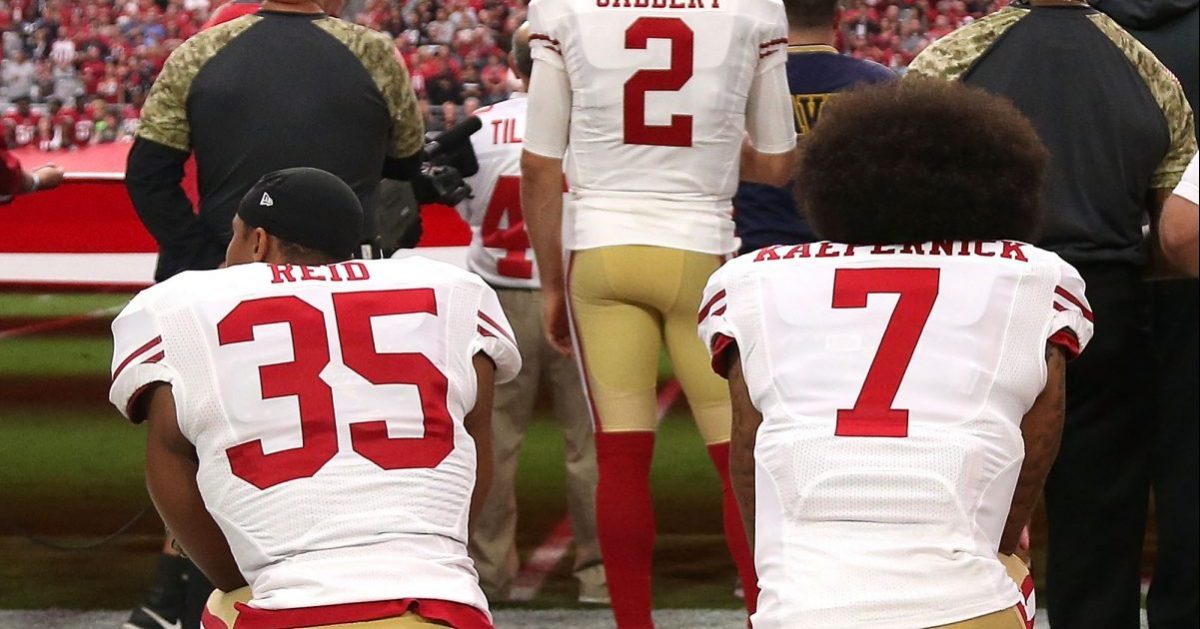 The NFL Players’ Association announced on Tuesday that they filed a grievance against the league’s new policy requiring all players to either stand on the field during the National Anthem or remain in the locker room. The policy was the NFL’s response to players engaging in silent protest of racism and inequality by kneeling during the singing of the Star Spangled Banner before games.

“The union’s claim is that this new policy, imposed by the NFL’s governing body without consultation with the NFLPA, is inconsistent with the collective bargaining agreement and infringes on player rights,” the Players’ Association said in a statement.

Despite the grievance, which was filed “on behalf of all players challenging the NFL’s recently imposed anthem policy,” the league and the players’ association are talking, and apparently the NFL is open to rethinking their approach to the National Anthem.

“In advance of our filing today, we proposed to the NFL to begin confidential discussions with the NFLPA Executive Committee to find a solution to this issue instead of immediately proceeding with litigation,” the Players’ Association statement said. “The NFL has agreed to proceed with those discussions and we look forward to starting them soon.”

The anthem protests began with San Francisco 49ers quarterback Colin Kaepernick refusing to stand before games in 2016. He explained that it was in solidarity with minorities who he feels are treated unfairly. As time went on, more players joined in, taking knees before games. Critics, including President Donald Trump, took issue with the method of protest, feeling that it disrespected the United States and those who serve in the military.

Kaepernick, meanwhile, has been unemployed since his contract expired after the 2016 season and he became a free agent.