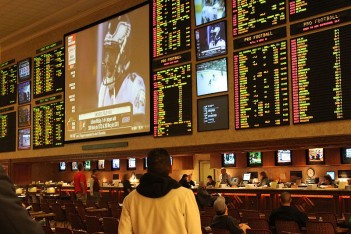 The Third Circuit Court of Appeals will rehear a potentially landmark case Wednesday brought by the NCAA, NFL, MLB, NBA and NHL claiming a New Jersey gambling law enacted in 2014 that repealed certain prohibitions on sports wagering in New Jersey violates federal law; specifically, the Professional and Amateur Sports Protection Act or “PAPSA” which was enacted in 1992 to prohibit states from authorizing sports gambling (Nevada received an exemption).

The 2014 Law is the latest attempt by New Jersey to legalize sports wagering as part of an effort to revive its struggling casino and racetrack industry, and this is not the first time PAPSA has stood in their way.  In 2012, New Jersey was blocked from implementing a law that specifically authorized sports wagering after Third Circuit three judge panel ruled that such a law directly violated PAPSA’s provision barring states from authorizing sports gambling.  In that opinion, however, the Third Circuit panel seemed to indicate that PAPSA did not prohibit a state from repealing an existing sports wagering ban, stating:

“[T]he lack of an affirmative prohibition of an activity does not mean it is affirmatively authorized by law.  The right to do that which is not prohibited derives not from the authority of the state but from the inherent rights of the people” (emphasis in original).

New Jersey lawmakers seized on this language and drafted the 2014 law to repeal the state’s existing ban on sports wagering only with respect to casinos, gambling houses and racetracks.  The same five leagues sued, again, to block the implementation of the 2014 law and a Third Circuit three judge panel ruled against New Jersey, again, concluding that the “selective” nature of the repeal in the 2014 law actually amounts to an authorization of sports wagering, in direct violation of PAPSA.

Because of the contraction in the 2012 ruling and the 2014 ruling, the Third Circuit has agreed to rehear the case, en banc, which means all of the judges will participate in the rehearing, as opposed to a standard three judge appellate panel.  The decision to hold a rehearing is significant for a couple of reasons, namely (a) it is extremely rare for a federal appeals court to grant a rehearing; (b) it vacates the original three-judge panel ruling; and (c) it’s arguable they would not have granted rehearing if they were going to hold up the original panel’s decision — all of which could be considered good news for New Jersey.

Although the case will be argued before the entire Third Circuit Wednesday morning, they aren’t likely to issue their opinion for upwards of six months.  If New Jersey does prevail, the NCAA and the four pro sports leagues will certainly appeal to the Supreme Court and will also seek an injunction to prevent sports wagering from occurring in New Jersey, pending a final ruling by the Supreme Court.  Finally, a favorable decision for New Jersey could result in a total transformation of the sports wagering industry throughout the United States as it could open the door to other states deciding implement legal sports wagering.