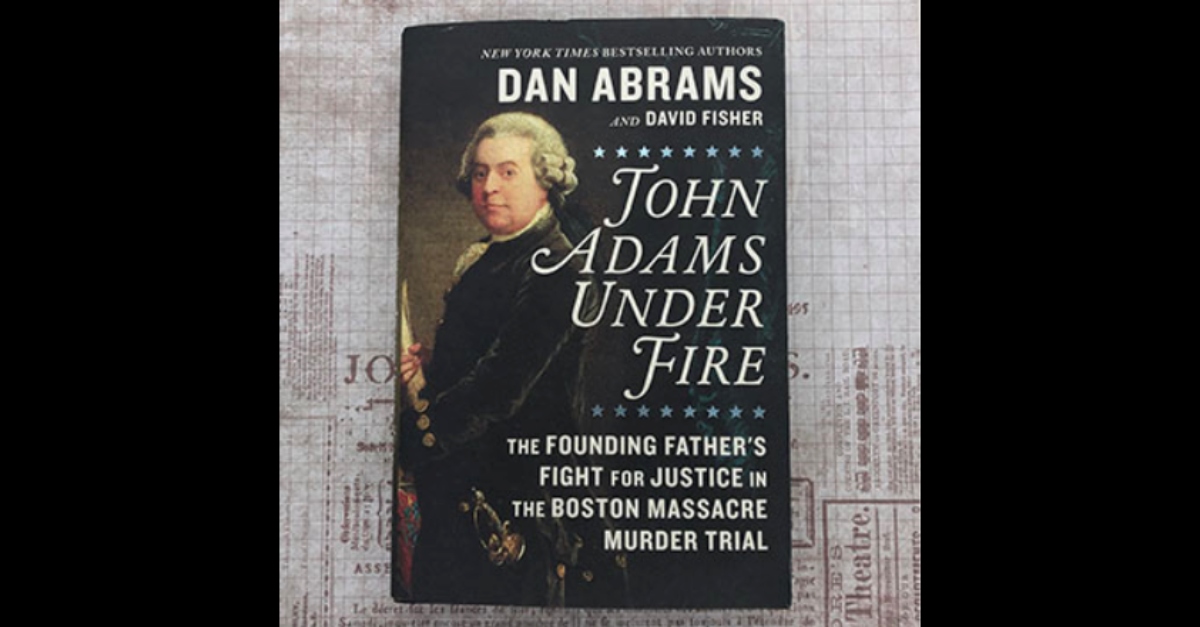 John Adams Under Fire tells one of the founding stories of the United States of America.

It’s 1770. 34-year-old John Adams is an up-and-coming attorney, and the most controversial criminal case of 1770 just landed on his desk.

The New York Times bestselling author of Lincoln’s Last Trial and host of LivePD Dan Abrams, and David Fisher bring you real life tale of how a future president defended British soldiers in the Boston Massacre Murder Trial. This book honors the 250th Anniversary of the incident.

British soldiers killed five civilians on the fateful night of March 5, 1770. The victims were Crispus Attucks, James Caldwell, Patrick Carr, Samuel Gray, and Samuel Maverick. This bloodshed escalated tensions between the British Empire and its colonies across the Atlantic Ocean.

“On that night the formation of American independence was born,” Adams said, looking back years later.

He was no stranger to criticizing the British, and yet when the empire’s soldiers were charged with murder, he stepped up to defend them. In the process, he created some of the foundations of what would become United States law.

Abrams and Fisher draw on the trial transcript for John Adams Under Fire. They use Adams’ own words to bring readers to colonial Boston. This was a city roiling with rebellion. British military forces and American colonists lived side by side, waiting for the spark that would start a war.