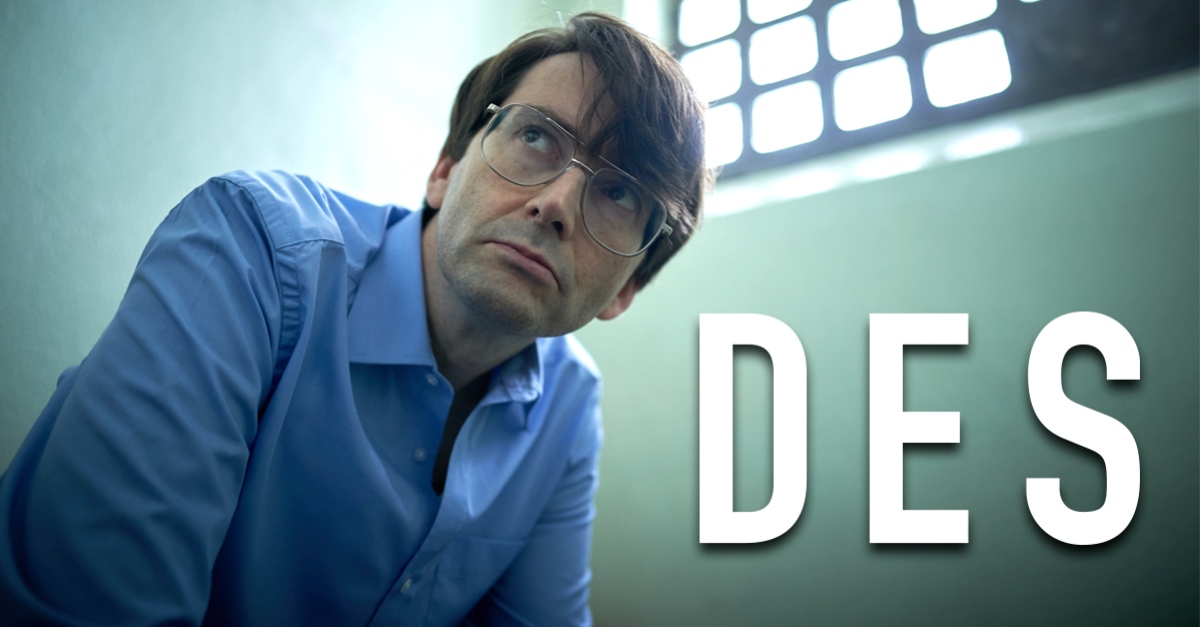 The new show from actor David Tennant explores the quest to identify all 15 victims of the “kindly killer” Dennis Nilsen. DES is available on DVD, Blu-Ray, and Digital starting Tuesday, March 16. It began streaming on Sundance Now on October 15, 2020.

Nilsen readily confessed to detectives in his 1983 arrest. In an astonishing admission of guilt, he told cops about all fifteen murders while in a police car outside his flat in North London. It hardly resulted in an open-and-shut case. This killer claimed not to remember any of the victims’ names.

The defendant, a local civil servant, preyed on boys and young men under the guise of kindness. The 15 were often homeless or living off the grid. Meeting them on the streets of London’s SoHo, Nilsen offered them food. He offered them a place to stay, bringing them to his flat. It was a trap. He carried on like this from 1978 until his fateful capture, becoming the most prolific, known serial killer in Britain at that time.

Now police faced a monumental challenge. They had to give names to the nameless. How could they solve the case with little information from the defendant, no apparent motive, and a lack of forensic evidence? It was the biggest manhunt in the history of the United Kingdom. This time it was not for the murderer. It was for the murdered.

As seen on the new, three-episode show, Detective Peter Jay (played by Daniel Mays) fought to get justice for as many victims as possible. Nilsen biographer Brian Masters (Jason Watkins) delved into the mind of the emotionally elusive murderer. Can we ever really understand the mind of a psychopathic killer? And, if we try, what price do we pay?