What are Alabama’s Republican Delegates Rules? 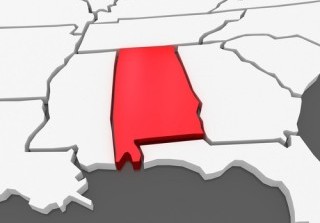 With the Republican National Convention approaching, the specter of a brokered convention looms like a mysterious cloud over the Presidential race. There’s been a lot of talk over not just who will have the most delegates beforehand, but if and how each state’s delegates could change sides. Here’s a rundown of the rules for Alabama, and how it impacts the overall situation.

How many delegates are there? 50 in total. 47 are bound to specific candidates, while three are unbound Super Delegates who are members of the Republican National Committee. The Super Delegates typically vote according to who won the primary, but technically, they don’t have to.

How many did each candidate win? Donald Trump won 36, Ted Cruz has 13, and Marco Rubio, who dropped out of the race, has one.

At what point can delegates switch candidates? In Alabama, delegates cannot change sides until their candidate releases them. Even Rubio’s candidate has to stay with him until he is released.

What effect could this have on the convention? Being bound until released by a candidate means that individual delegates cannot be persuaded unless their candidate throws in the towel. So as long as Trump and Cruz remain in the top two spots, it is highly unlikely that their delegates from Alabama would go anywhere. Should Rubio decide to release his delegate, he could do so at any point in the convention.