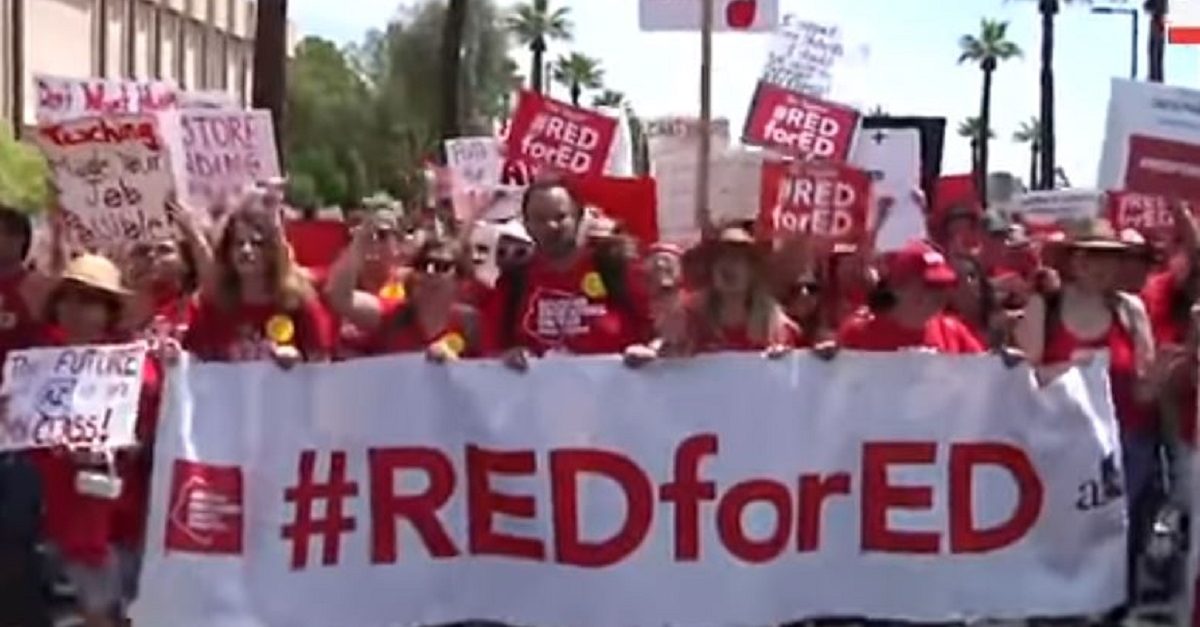 A new bill introduced in the Arizona legislature would punish teachers—possibly with firing—for broaching any “controversial issue” with their students that doesn’t have to do with what they are teaching. House Bill 2002, introduced by State Rep. Mark Finchem, calls for the state’s Board of Education “to provide for an educator code of ethics and professional responsibility,” with penalties for violations “that include termination of employment.”

The bill addresses concerns of “political indoctrination,” and says, “Education in a democracy is best served by teaching students how to think, not telling them what to think.” To that end, it aims to place a number of restrictions on the behavior of teachers who work at schools that receive tax money. This includes “engaging in political, ideological, or religious advocacy in their classrooms,” endorsing any candidate or nominee for public office, or any legislation, court decision, or executive action, or introducing in the classroom “any controversial issue that is not germane to the topic of the course or academic subject being taught.”

“Controversial issue” is defined as “an issue that is a point in a political party platform at the local, state or federal level.”

Rachel Johnson, a teacher representative for Arizona Educators United, thinks the bill is meant to attack her organization’s #RedForEd movement, which calls for greater teacher compensation.

“I don’t understand why he would come up with this bill,” she said about Finchem in comments to the Arizona Daily Star. “Any response to what teachers may say or may not say — I think they’re very threatened by us at this point.”

Finchem told the Arizona Republic that he believes #RedForEd t-shirts are a form of inappropriate political expression, but noted that the bill is “much bigger than #RedForEd,” and that he is aware of “outrage” from parents over political discussion in class.

The state legislature will make a decision on the bill in the new year.