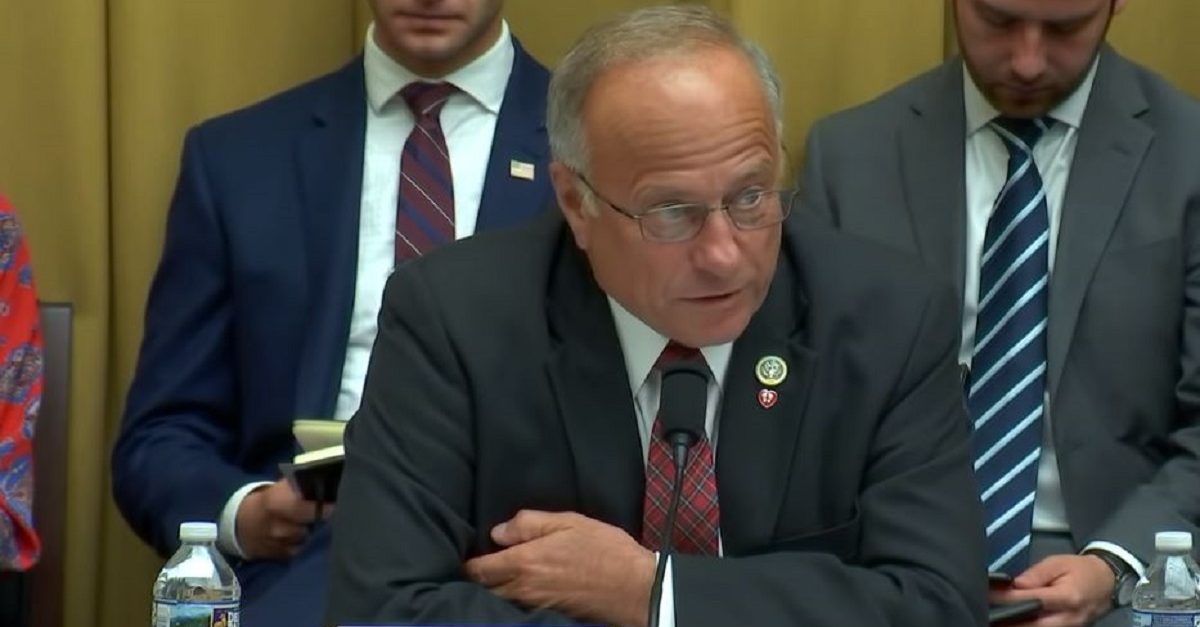 Just when you though Rep. Steve King (R-Iowa) had enough heat on him for controversial comments, he went ahead and made another one, this time directed at two liberal Supreme Court justices.

As noted by The Weekly Standard’s Adam Rubinstein, on Monday King was discussing how conservatives will continue to take over the high court, then joked that maybe with some luck, “Kagan and Sotomayor will elope to Cuba.”

Rep. Steve King just now in Hampton, Iowa, talking about the courts, says after the election maybe “we’ll have a 7-2 court” and maybe we’ll get lucky and “Kagan and Sotomayor will elope to Cuba.”

This comes after King drew criticism from his own side of the aisle. National Republican Congressional Committee (NRCC) chairman Rep. Steve Stivers (R-Ohio) posted a tweet last week that condemned King’s recent actions and remarks that have drawn concerns that he is a white nationalist.

Congressman Steve King’s recent comments, actions, and retweets are completely inappropriate. We must stand up against white supremacy and hate in all forms, and I strongly condemn this behavior.

Earlier this year, King received backlash after he retweeted a self-described “Nazi sympathizer.” He has also been called out for keeping a Confederate flag on his desk, even though Iowa was part of the Union during the Civil War. In August, he reportedly met with an Austrian party that has past ties to Nazis. In 2016, King made a comment in an MSNBC interview espousing the contributions of white people to society compared to other groups.

King’s joke about Justice Kagan and Sotomayor was not his only controversial move on Monday. He also took aim at the NRCC for supporting a gay Republican candidate.

“They sent money over to support a candidate in a primary in California who had a same-sex partner that they put all over glossy mailers,” King said, adding, “Man, that’s hard to write a check to those guys when they do that, so I’m hoping we get conservative leadership in the House.”

King has denied allegations of being a white nationalist, saying that attacks against him are “orchestrated by nasty, desperate, and dishonest fake news.”