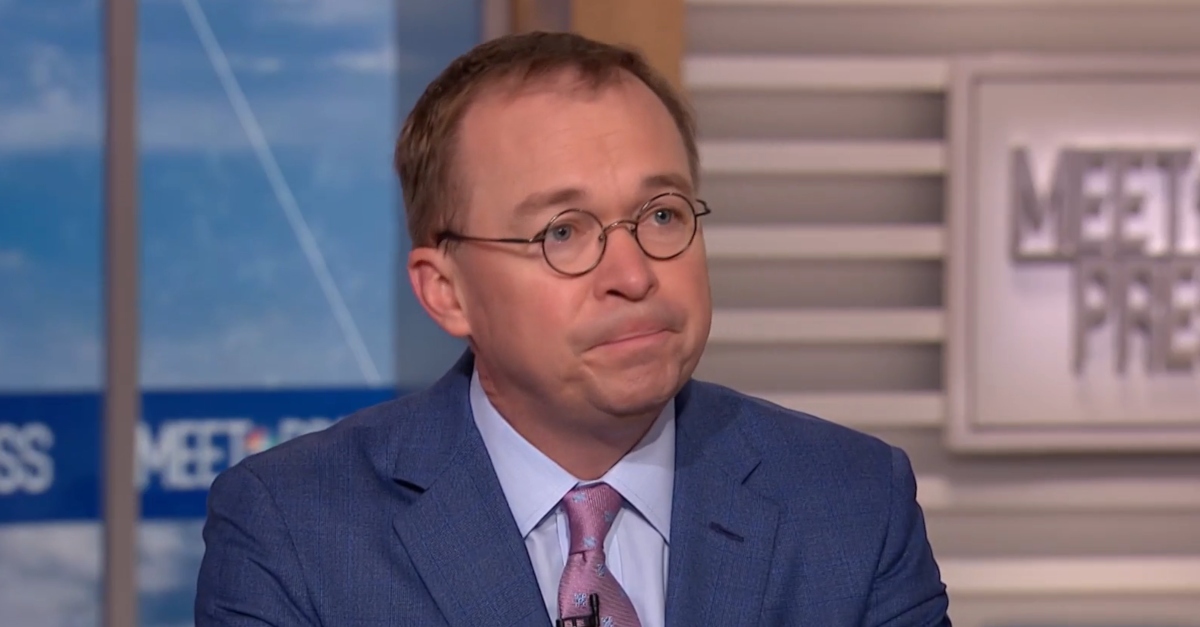 “There are things the government can do, and there’s things this government is doing, but we’re never going to protect everybody against everybody who is deranged, insane,” he said on Sunday’s episode of Meet the Press.

He all but said that the executive branch won’t push for new legislation or policy change, saying President Donald Trump believed in Second Amendment rights, and he construed the shooting as an exception among gunowners.

Host Chuck Todd pressed him on this logic, and said that we still have murder laws on the books even though few people kill.

“You have laws on the books that make murder illegal, and yet people still do it,” Mulvaney said. “Laws are not going to fix everything.”

The suspect has been identified as DeWayne Craddock. He was reportedly killed as a result of a shootout with cops. His motive remains publicly unknown. Officials claim he had given his letter of resignation on Friday hours before the shooting.

[Screengrab via Meet the Press]