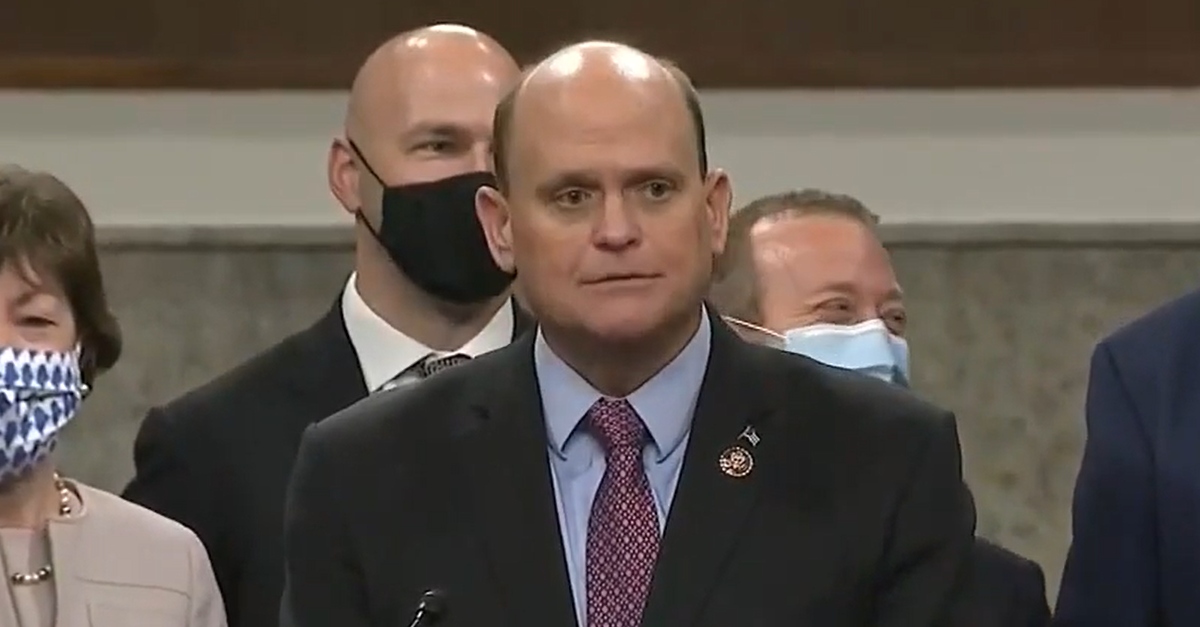 U.S. Rep. Tom Reed (R-New York, 23rd District) announced on Sunday he would not run for office in 2022 after a former lobbyist for Aflac said he drunkenly groped her. This would not only end his career as a lawmaker, but also his hopes for other office. He had announced in February that he was thinking about running against New York Governor Andrew Cuomo (D), who ended up also facing a barrage of sexual harassment claims.

Nicolette Davis said she was 25 when she was on a 2017 networking trip for Aflac, and was sitting next to Reed at an Irish pub in Minneapolis, according to The Washington Post. The congressman rubbed her back and leg, and unhooked her bra.

“A drunk congressman is rubbing my back,” she texted a friend and co-worker Jessica Strieter Elting. Davis later wrote, “HELP HELP.”

The situation de-escalated when she asked a person sitting to her right to help. This man got Reed out of the pub, according to the story.

The Post said it corroborated this account with a person who was there, but who spoke on anonymity because of career concerns.

Strieter Elting said she said Davis should tell supervisor Brad Knox. Knox told the outlet he asked Davis if she wanted to file a complaint with the House Ethics Committee. She said no.

“This account of my actions is not accurate,” he said.

He walked this back on Sunday. He said he had struggled with alcohol and entered treatment in 2017, but “this is in no way an excuse for anything I’ve done.”

He apologized to Davis.

“Even though I am only hearing this matter as stated by Ms. Davis in the article now, I hear her voice and will not dismiss her,” he said. “In reflection, my personal depiction of this event is irrelevant. Simply put, my behavior caused her pain, showed her disrespect and was unprofessional. I was wrong, I am sorry, and I take full responsibility. I further apologize to my wife and kids, my family, the people of the 23rd District, my colleagues, and those who have supported me for the harm this caused them.”

Davis, a Democrat who said she has volunteered for some campaigns and who reportedly has given money to Hillary Clinton‘s 2016 presidential campaign, said politics did not influence her decision to step forward. She said she would have spoken if Reed were a Democrat. What changed is that she is now a second lieutenant in the U.S. Army, and wanted to set an example for those who followed her.

“I need to always act in good conscience and set the right example for the soldiers I will lead, including younger females,” she said. “I hope it will allow people who have endured similar experiences to feel confident enough to say something.”