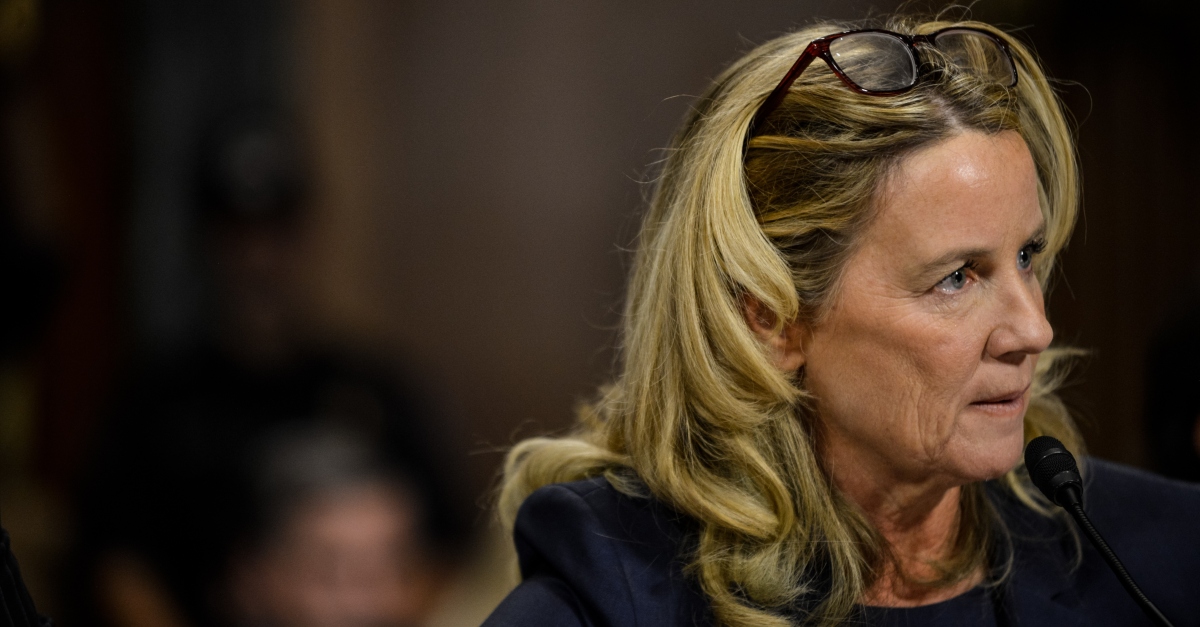 Dr. Christine Blasey Ford, the psychology professor who claimed that new Supreme Court Justice Brett Kavanaugh sexually assaulted her during a party in the early 1980s, has still been getting threats, according to her lawyers.

“Justice Kavanaugh ascended to the Supreme Court, but the threats to Dr. Ford continue,” her attorneys Debra Katz, Lisa Banks, and Michael Bromwich said in a statement to NPR.

Ford wrote last month that she had to move four times due to ongoing threats.

“The costs for security, housing, transportation and other related expenses are much higher than we anticipated and they do not show signs of letting up,” she said in a GoFundMe campaign created on her behalf.

Ford testified before the Senate Judiciary Committee in September. She claimed that Kavanaugh held her down during a party. Kavanaugh also appeared, and denied the claim in a famously combative back-and-forth with Democratic senators.

The judge ended up getting confirmed, along a mostly party line vote (West Virginia’s Joe Manchin was the only Democrat to support him). GOP Senators, for the most part, took an apparently softer tone in regard to Ford, but in the end, were not swayed by her testimony.

“I believe that she believes what she testified to,” Sen. Susan Collins (R-Maine) said on State of the Union in October, but added she doesn’t think that Kavanaugh was the assailant.

Ford’s lawyers say she’s not trying to make money from what happened.

“Dr. Ford’s current focus is solely on recovering from the experience and returning to her job responsibilities — not on writing a book,” her lawyers said.

The attorneys said unused funds raised on Ford’s behalf would go to groups supporting trauma survivors, but declined to say which ones their client had chosen.

“These funds have been used exclusively for necessary costs of physical security and housing occasioned by coming forward about her sexual assault by Brett Kavanaugh,” they said.