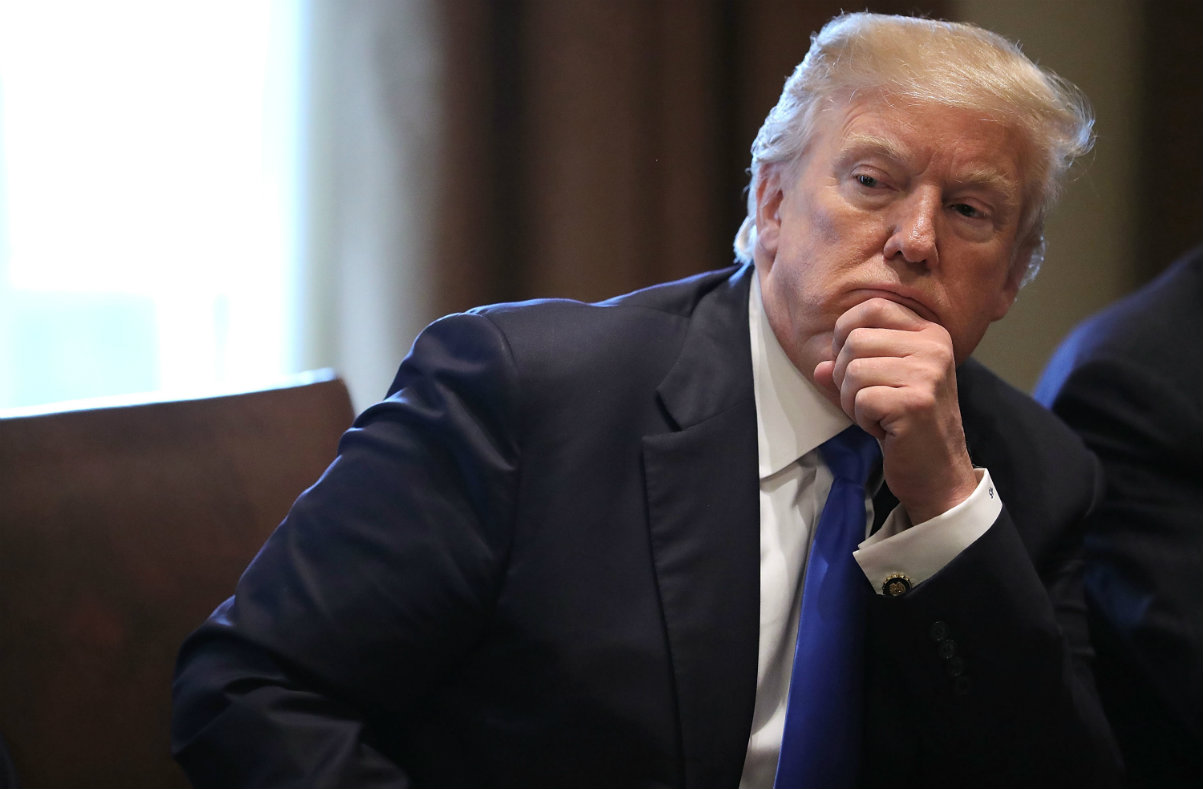 Who’s going to give back the young and beautiful lives (and others) that have been devastated and destroyed by the phony Russia Collusion Witch Hunt? They journeyed down to Washington, D.C., with stars in their eyes and wanting to help our nation…They went back home in tatters!

The president did not name names, or make clear if he meant criminal defendants, or just those in the orbit of the Russia probe. Former National Security Adviser Michael Flynn, 59, pleaded guilty last year in lying to the FBI about his conversations with the Russian ambassador during the presidential transition. Foreign policy campaign adviser George Papadopoulos, 30, admittedly lied to the feds about his conversation with a professor over “dirt” on Hillary Clinton.

Former campaign member Richard Gates, 46, pleaded guilty in making false statements, and conspiracy against the United States, but that was in connection to his work for the Ukrainian government alongside co-defendant Paul Manafort, 69, not alleged collusion between Russia and the Trump campaign. Alex van der Zwaan, a 33-year-old Dutch attorney who admittedly lied to investigators about his contacts with Gates and others, pleaded guilty in February. Manafort is continuing to fight charges against him. 13 Russian nationals and three businesses have also been indicted in the Moscow probe, though one of the companies has put up stiff resistance in court. A California business man, 28-year-old Richard Pinedo, pleaded guilty to identity theft for selling bank accounts to foreign actors. His indictment said nothing about him having anything to do with the Trump campaign.

It’s unclear which of these individuals the presidents would believe to be young, beautiful, or other.

Young and beautiful lives … Stars in their eyes … Tatters. pic.twitter.com/uFt5VaGIxp

America’s favorite new soap, THE YOUNG AND BEAUTIFUL (AND OTHERS). https://t.co/Wcd7XZT4Xd

The young and beautiful lives (and others) is an absolute all-time great Trump tweets. Certainly in top 5 territory.

Others stood bitterly compared the pitying tone of the president’s tweet to his harsh approach toward undocumented immigrants.

Unaccompanied children: “They’re not so innocent.”
Adults who broke the law on his behalf: “Young and beautiful lives…with stars in their eyes and wanting to help our nation.” pic.twitter.com/P9L484VRnX

A few pundits wondered aloud if Trump was thinking about former White House Director of Communications Hope Hicks. The “Trump whisperer” stepped down in March after years of working for the president.

Infants forcibly ripped from the arms of their desperate parents at the border: “not so innocent” and part of a necessary “tough deterrent.” https://t.co/6ZAhxEFLX5

Is he talking about Hope Hicks? https://t.co/oF31zZ6FK1

Hope Hicks. Cory Lewandowski. Rob Porter. These are the young beautiful lives that were lost. May we say their names aloud so their memory lives forever in our hearts. https://t.co/2g3cYJ03yi