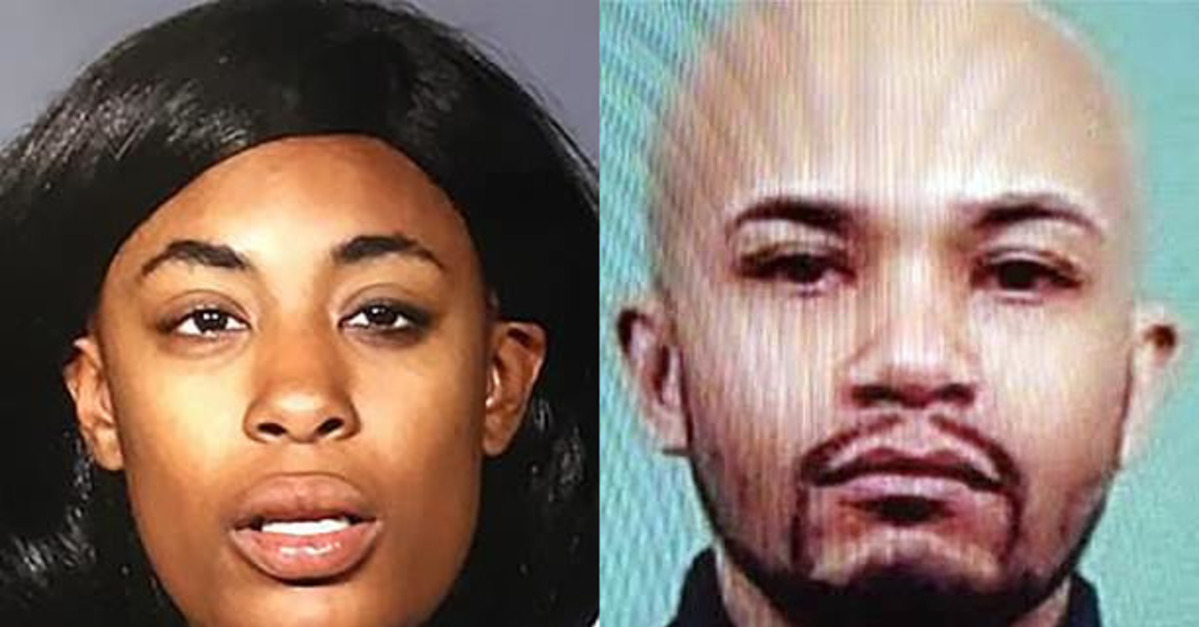 Lawton is a sex worker and Sheppard is a cop. According to Lawton, he’s purchased her services before.

On Thursday, however, Lawton was arraigned for allegedly stealing the NYPD cop’s Jeep and gun. Sheppard had apparently left his sidearm inside the sport utility vehicle as he dashed off to an ATM to get Lawton her money for services about to be performed, the New York Daily News reports.

Sheppard picked Lawton up just after midnight last Tuesday. He was allegedly driving the sex worker to a hotel in East New York when he realized he didn’t have the cash to pay for the encounter. But while the 13-year NYPD veteran was entering his pin code, Lawton allegedly took control of the cop’s idling Jeep Wrangler and sped away.

When the would-be and allegedly would-be-repeat client returned to where he’d left them, both Lawton and the Jeep were gone. His service pistol was also inside the automobile at the time and it vanished, too.

Assistant District Attorney Tziyonah Langsam said, “[Sheppard] left the keys in the ignition. When the complainant returned to the vehicle, the defendant and the vehicle were no longer there.”

A “trick” is another word for the client of a sex worker. When a sex worker “turns tricks,” as the popular and mostly misapprehended statement goes, they’re simply seeing clients.

Lawton and the SUV were discovered in Far Rockaway, a distant and all-but-water-locked area of Brooklyn early Wednesday morning. According to the NYPD, a second woman was with Lawton at the time she was apprehended. Police also claim they found a bag of methamphetamine in the Jeep.

The alleged car thief was then taken to a hospital after she told police she was pregnant.

Lawton was charged with grand larceny and drug possession. She is currently on probation until 2023 for a stolen property charge in another county. Lawton is also accused of violating the terms of her probation.

Paul Giovanniello is an attorney for Lawton. He says his client has mental health and substance abuse issues–and insisted that the full story of the Sheppard-Lawton interaction wasn’t being told by the police.

In comments to the Daily News, Giovanniello said,”We’re not here to litigate this case. I’ll leave that to the grand jury.”

According to NYPD Commissioner James O’Neill, Sheppard has been suspended for 30 days without pay and faces disciplinary charges over the incident.

At the arraignment, Lawton was eventually ordered held on $25,000 bail by Judge Abena Darkeh.

As for Officer Sheppard’s NYPD-issued service pistol? It was nowhere to be found.