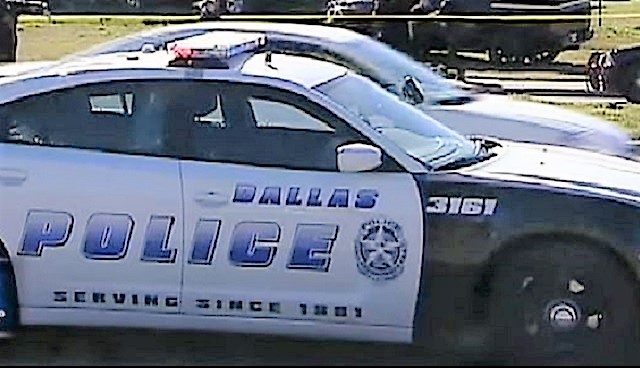 This week, Dallas Police Chief U. Renee Hall told Dallas City Council members that millennials “want all days off and to be the chief in six months.”

Hall continued her anti-millennial pitch by inserting an age-telling article before referring to the generational cohort that stands to inherit the compounded failures of Baby Boomers and late capitalism. She said:

We have nights, weekends and holidays, and those are some of the things that are not necessarily attractive to the millennials.

Hall was aided in her despair by Dallas Fire-Rescue Chief David Coatney, who acknowledged that even the firefighting agency has had trouble competing with other municipal departments that offer better pay and benefits.

Another problem, according to Coatney, is that 20-somethings tend to job-hop fairly frequently these days.

For her part, Hall aims to hire 250 new members of the Dallas Police Department (“DPD) by next September. So far, she’s got 35 sign-ups for next month’s academy class.

Law&Crime reached out to North Texas millennials for their thoughts on the issue.

Dallas resident Brandon Fournier, 32, said: “I didn’t know they were having a hard time holding onto recruits, but I’m not surprised to hear it. I do think millennials are more aware and less tolerant of police brutality than previous generations, which could account for less of them being willing to sign up.”

Fort Worth resident Joe Trevino, 36, whose brother works for the DPD, disagreed with Hall’s anti-millennial slant as well. He said:

I honestly think that’s just an excuse. It starts with a few things in my opinion. One, your pay and veteran officers [retiring] definitely are a big factor when any of the surrounding police departments pay better. Second, it seems there are a lot of questionable leadership problems. Third, it seems that a lot of the surrounding cities are investing their money back into their cities and building up the areas’ economic standing and improving the living conditions–and that definitely has an effect on work conditions.

Dallas City Councilmember Adam McGough added to the disappointment by referencing Dallas’ neighbor–and rival for cultural primacy over the North Texas Metroplex–Fort Worth.

McGough said, “This is a huge issue right now. We’ve got to get our numbers up. I know Fort Worth’s not struggling like we are.”