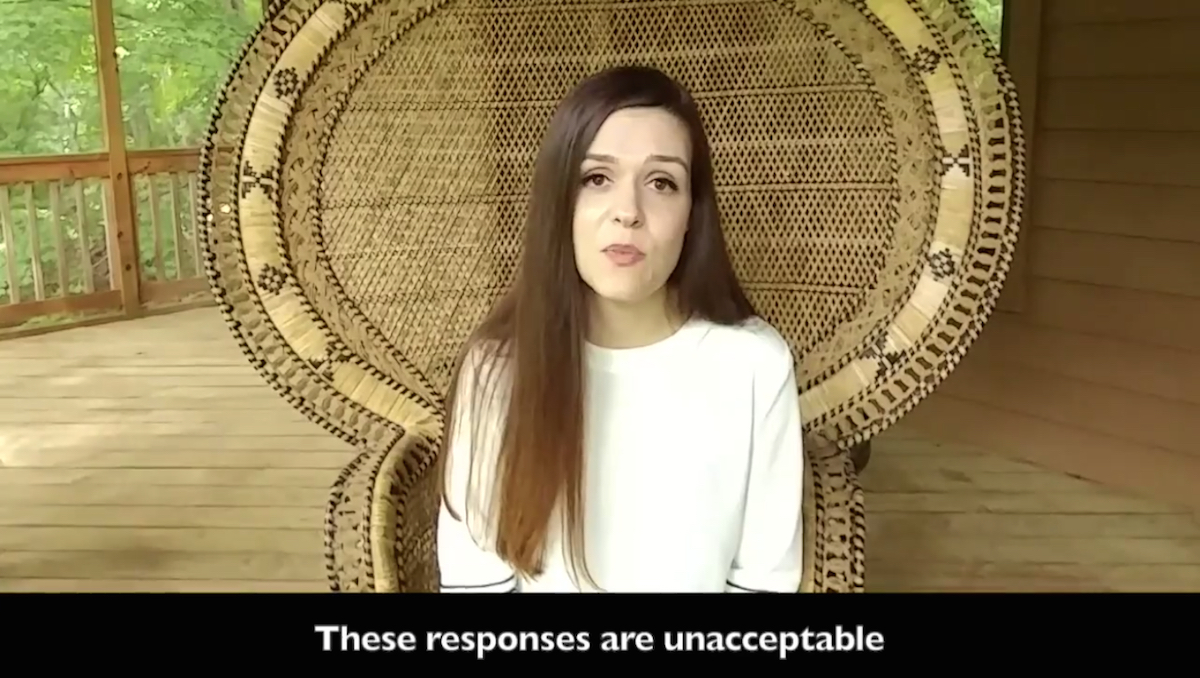 A woman in North Carolina was apologized to by local police after she reported being roofied but was instead told to return to the club where she was drugged.

On May 12, 31-year-old Leah McGuirk was told that police wouldn’t take her report unless she went back to the bar in question, Rooftop 210, and called 911, according to the Charlotte Observer.

Rather than doing that, McGuirk posted about her experience on Facebook. In a May 25 post that has since achieved some measure of virality, she wrote:

So I just went to the [Charlotte-Mecklenburg Police Department] to report being roofied two weeks ago, and the officer treated me like I was the criminal and asked me why I waited so long to report it. I told him I was traumatized. He wouldn’t let me report the crime there. I was told I would have to go to the scene of the crime and call 911, and go to the bar to show the police where the crime happened. This doesn’t seem legal or correct to me. Has anyone heard of such a thing?

McGuirk later posted a video recounting the incident and the Charlotte-Mecklenburg Police Department’s (CMPD) controversially tone-deaf and untoward response. Atop her video post, McGuirk provided various contact information for the CMPD and Rooftop 210. She also posted various updates regarding her story and others’ alleging similar incidents at Charlotte-area bars and the similarly lackluster response from the CMPD.

In one of those later posts, she noted, “Also, there’s another bar where two girls told me they were roofied at, Kandy Bar… The police butchered one girl’s report, and wrote down incorrect information. The officer didn’t even note that she had been drugged on the report- the whole reason for the girl to file a report in the first place!”

After days of negative press coverage, the Charlotte-Mecklenburg Police Department held a press conference where they announced the officer involved was being investigated. The department also offered McGuirk an official apology.