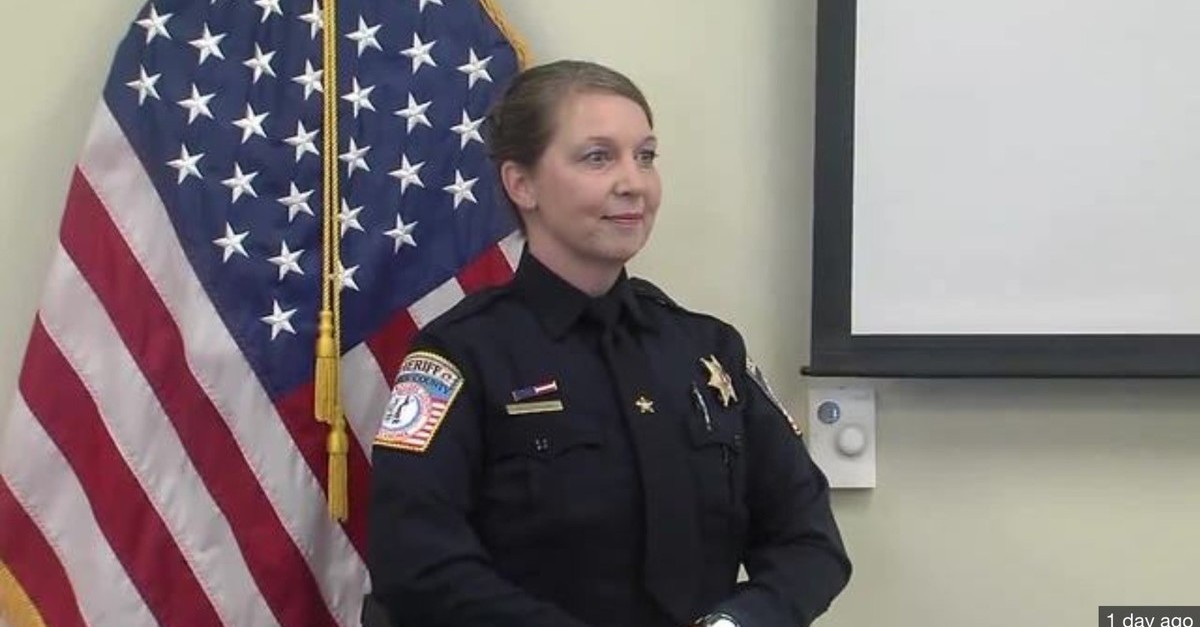 The Oklahoma police officer who shot and killed unarmed black motorist Terence Crutcher in 2016 is now teaching fellow police officers how to “survive” after shooting people in the line of duty. And you better believe this move is being heavily criticized.

Betty Shelby was charged with manslaughter over Crutcher’s death by Tulsa County District Attorney Steve Kunzweiler. A jury acquitted her just eight months later. Shelby was then reassigned to a desk job with the Tulsa Police Department but eventually took another job with the Rogers County Sheriff’s Department. Part of her new duties include teaching the class in question.

The controverial class is titled, “Surviving the Aftermath of a Critical Incident.’ In comments to local ABC affiliate KTUL, Shelby described the purpose of her class:

I have a class that I teach to officers to give them the tools to survive such events, and it’s a way of surviving financially, how to survive legally, emotionally and physically … Our life is not the same. It will never be the same again. We have our new normal and that new normal has so many different aspects to it and it’s what we live with.

In that same KTUL interview, Shelby also complained about the way she was being treated after initially returning to work.

“When I returned to work at TPD, I was put in isolation,” Shelby said. “I was put back into a place completely isolated from the officers. I was told that it was for my safety.”

She said she knew people there felt like she belonged in jail. That’s why, when the opportunity to join a different department came up, Shelby leaped at the opportunity and decided to teach the class because of what she refers to as “The Ferguson Effect…When a police officer is victimized by anti-police groups and tried in the court of public opinion.”

The Tulsa World reports that State Representative Regina Goodwin of Tulsa led a protest against the class which starts Tuesday.

“We’re saying that you need to get another teacher, Goodwin said, standing with dozens of protesters outside the county courthouse.”Folks are talking about there’s a scab on the wound. There’s no scab here because there’s been no healing.” Goodwin continued, saying, “We feel that she created the incident. Yet she gets to skip to the head of the class after she failed the test, and she gets to become the teacher…I think the words are real pretty, but the situation is very ugly.”

Rev. Chris Moore of Fellowship Congregational United Church of Christ in Tulsa also assailed the selection of Shelby to lead the class. He said:

Training for law enforcement is desperately needed, but if you do tone-deaf things like this, getting a former cop acquitted in a high-profile, controversial verdict to teach the course on surviving a critical incident, an incident which many in the community feel she created with her own actions, then no amount of training is possibly going to rebuild broken relationships between law enforcement and portions of our community.

Moore continued, noting, “If we’re really serious about healing wounds–if that is more than just a marketing campaign–then we best get serious about the business of true reconciliation. Truth and reconciliation, for you cannot have one without the other. ”

While local leaders mostly took issue with Shelby heading the training, national criminal justice reform organization the Advancement Project blasted the focus on officers’ well-being instead of prevention. In a tweet slamming the course itself, the group wrote: