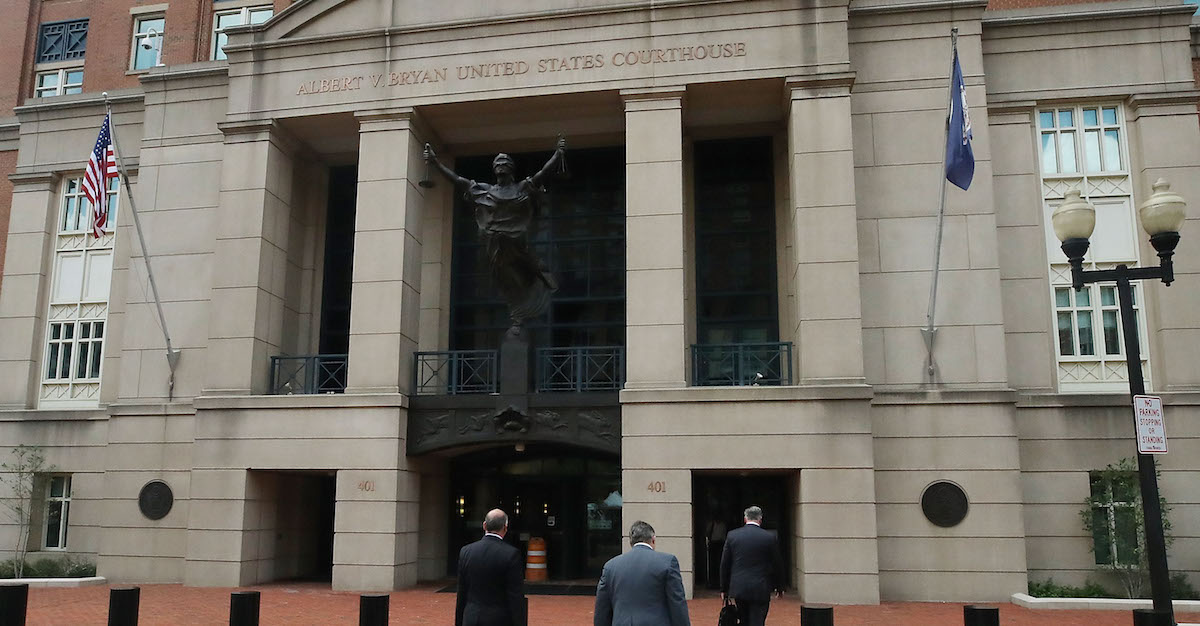 A late-day rush back to the Albert V. Bryan U.S. Courthouse led to another round of waiting as jurors signaled they wished to end their second day of deliberations early in Robert Mueller‘s long and winding case against Paul Manafort.

Several members of the press waited with semi-baited breath after a note from the jury was announced via email by Mueller spokesperson Peter Carr. “The court’s chambers has notified that the jury has a submitted a note to the court,” the terse release noted.

By 2:45 most everyone was in place–except for the defense. That problem was solved in short order. The prosecution–joking and laughing and smiling–took their spots by 2:43; Manafort’s team was there by 2:47 and the defendant himself walked in just moments after that.

One member of the press held open the second courtroom door for defense attorney Richard Westling, insisting, “No, no no, after you.” To which Westling replied, “That’s actually one of the kinder comments I’ve heard lately.”

Judge T.S. Ellis III entered to a great hush. He quickly read out the note from the jury and told counsel they wouldn’t need to respond.

“The jury would like to finish at 5 p.m. today,” Ellis said, because, “one of them has an event,” they would like to attend. The judge signaled his own assent to the request and then noted that jurors would be recalled at 4:50 p.m. in order to officially dismiss them and ascertain their preferred start time on Monday morning, when deliberations would almost certainly resume.