Yes, We Now Have to Litigate Whether Periods are Just for Women | Law & Crime
Opinion

Yes, We Now Have to Litigate Whether Periods are Just for Women 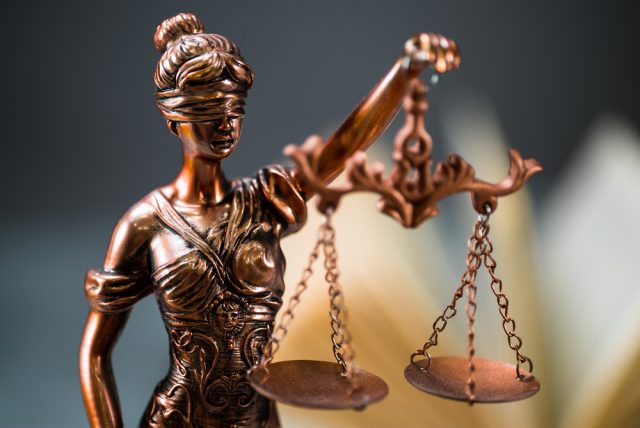 Brace yourselves. This case centers around a legal issue so ridiculous that it’s literally enraging to imagine anyone having to draft documents and file lawsuits. Apparently, under federal law, it’s unclear whether or not menstrual periods are “female.”

Here’s what happened: Alisha Coleman is a 911 operator in Fort Benning, Georgia.   She is also pre-menopausal (which, for those of you unfamiliar with uteruses, means that she doesn’t get a regularly-scheduled monthly period). Like many pre-menopausal women, Ms. Coleman had to deal with irregular and unpredictable sudden-onset menstrual periods, which sometimes involved heavy bleeding—a condition she was forced to take the uncomfortable step of discussing with her employer. I know. At this point, you’re thinking, “that kind of sucks for this poor woman,” – which I’m sure it did, but stay tuned, because this is about to get way worse.

While at work one day, Ms. Coleman experienced a sudden-onset period, which resulted in accidentally leaking menstrual fluid onto her office chair. She cleaned the chair, changed her clothes, and notified her employer. The employer’s reaction? The Human Resource Director gave Ms. Coleman a disciplinary write up, and warned her “that she would be fired if she ever soiled another chair from sudden onset menstrual flow.”

And again, it gets worse. Seven months later, Ms. Coleman had another sudden-onset period. That time, she got up to use the bathroom and accidentally leaked menstrual fluid onto the carpet. And that time, she was fired.

Don’t waste your time fretting over how embarrassed this woman must have been, or over how utterly awful an employer would need to be to terminate a person’s employment because that person bled too much. Instead, save your emotion for the sheer absurdity of what’s at issue in Alisha Coleman’s Title VII lawsuit.

You see, Title VII prohibits employers from discriminating against a person, because of their sex. While I can hardly imagine a case of gender discrimination being more clear, the District Court sided with Ms. Coleman’s employer. Heavy and sudden periods, it found, doesn’t amount to “sex”; on that basis, Alisha Coleman’s claim was dismissed.

A little background on Title VII: When it was drafted, it used the word “sex” to describe what we now generally refer to as “gender.” Basically, women can’t be discriminated against because they are women, and men can’t be discriminated against because they are men. In the 1970s, the Supreme Court decided Geduldig v. Aiello, an equal protection case about pregnant women being denied insurance benefits. SCOTUS ruled that pregnancy discrimination wasn’t covered under Title VII, since not all women were pregnant. Congress disagreed with SCOTUS’ take on gender, and handled the matter by drafting an amendment to Title VII called The Pregnancy Discrimination Act (“PDA”). The PDA clarified that sex-based discrimination also includes (but is not limited to) discrimination “on the basis of pregnancy, childbirth, or related medical conditions.”

Taken together, the intent of Title VII and the PDA are clear. If we’re talking about women, then Title VII protects them from discrimination based on everything female, from vaginas to pregnancy, ovaries to lactation. There are lots of things that are gender-neutral in 2017 – but periods aren’t one of them. If menstruation doesn’t count as something that is “gender-based,” then we’re in serious trouble.

Remember—this is not a case in which the court found that the defendant actually fired Ms. Coleman for some other reason, or that she’d somehow been at fault in some way. The District Court dismissed the case as a matter of law before the trial even happened. And the Court’s logic was almost too bizarre to be believed. It ruled that Ms. Coleman’s case was fatally flawed by her failure to allege that her male counterparts at work wouldn’t have been fired for the same reason. That’s right. According to the Court, we can’t just infer that menstruation is female; we’d have to show that if a man menstruated too much, that he’d have been able to keep his job.

The ACLU has taken up Ms. Coleman’s case, and issued the following statement of Andrea Young, ACLU of Georgia executive director:

“Employers have no business policing women’s bodies or their menstrual cycles. Firing a woman for getting her period at work is offensive and an insult to every woman in the workplace. A heavy period is something nearly all women will experience, especially as they approach menopause, and Alisha was shamed, demeaned and fired for it. That’s wrong and illegal under federal law. We’re fighting back.”

I’m hoping, though, that the Eleventh Circuit’s somewhat old-fashioned stance on gender ironically serves Alisha Coleman. Those same judges who are suspicious of the term “gender identity,” or who refuse to grant protection to LGBT people are exactly the ones I’d expect to use the phrase “your woman time.” Perhaps the archaic view – that periods are women’s problems alone, to be dealt with as secretly as possible, away from even the earshot of men – will bring the court to the right decision in this case.