Why Harvey Weinstein Might Have Trouble Getting a Fair Trial 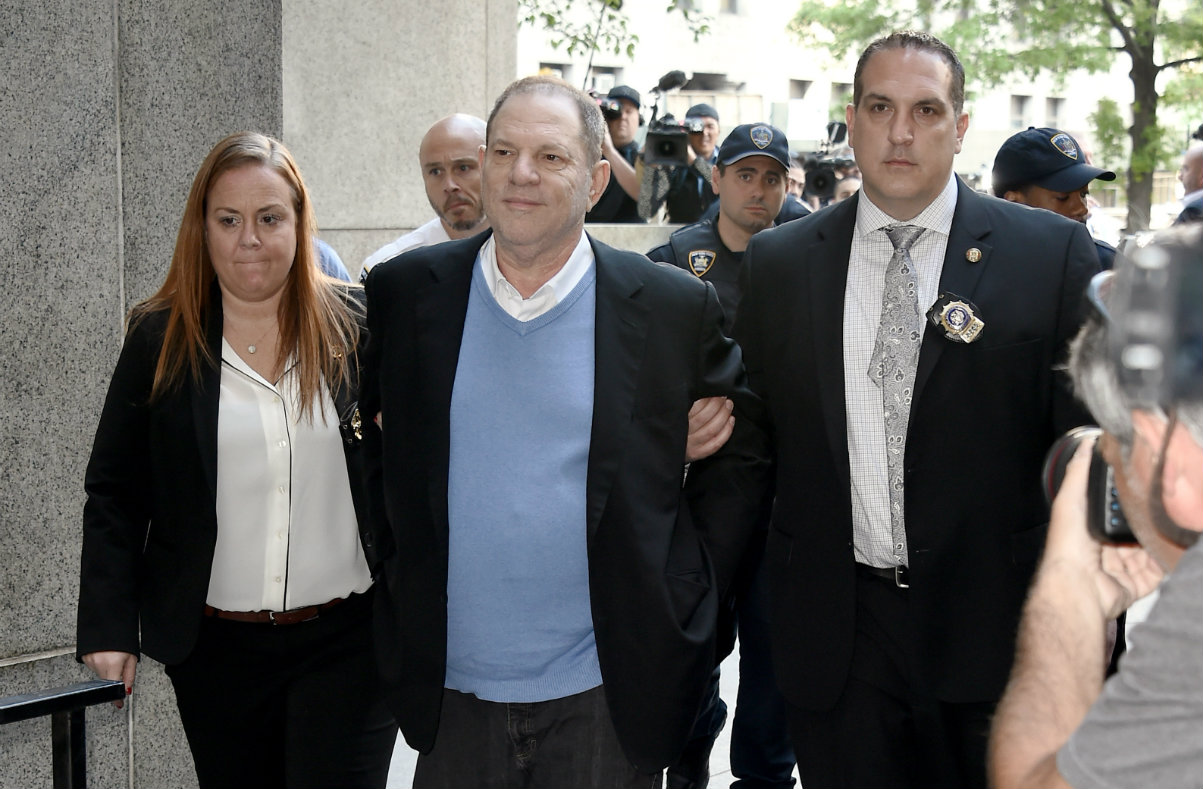 Harvey Weinstein has just been indicted for sexual assaults against two women. He has pleaded not guilty and plans to contest his guilt. Many months will be consumed by motions before a trial is scheduled.

Weinstein, like Bill Cosby, deserves no sympathy. Indeed, besides the fact that the Weinstein spectacle inspired this piece, this is not about him at all. There is a far broader issue: whether it is possible for any defendant to receive a fair trial if a prosecutor is allowed to parade before a jury a litany of other similar crimes allegedly committed by the defendant and then ask a jury to be fair and impartial. No, it’s not possible.

What is almost certain to happen if and when Weinstein goes to trial is that the prosecution – as in the recent Cosby trial – will seek to convict him based not only on the sexual assaults for which he has been indicted, but for a large assortment of other unrelated sexual crimes against numerous other women that were not charged in the indictment but which the court may admit as proof of his guilt.

Indeed, news reports allege that Weinstein raped or sexually harassed more than eighty other women, including many recognizable Hollywood film stars, including Selma Hayek, Gwyneth Paltrow, and Rose McGowan. Weinstein has admitted that he caused a lot of pain but has also described many of the allegations against him as patently false.

There are various reasons why none of these criminal acts were charged by the New York County District Attorney. Perhaps there was insufficient proof; perhaps certain victims were unwilling to testify; perhaps the illicit conduct occurred outside New York County; and perhaps the statute of limitations for prosecuting these crimes had run.

But one thing is crystal clear: the ability of any prosecutor to prove a defendant’s guilt based not on the actual charges but on other uncharged criminal acts runs counter to one of the most fundamental premises in our criminal justice system, namely, that a defendant should be tried only for what he did, and not because of his criminal record, bad reputation, or sordid character. But that’s exactly what a prosecutor is doing by seeking a conviction through proof of uncharged criminal or wrongful conduct. By introducing uncharged and unproven acts to show that Weinstein is a nefarious sexual predator and therefore should be punished, prosecutors are able to stack the deck against any defendant with a criminal background.

Prosecutors well know that getting this proof before a jury taps into the deep human tendency to punish someone not necessarily because he committed the crimes for which he is charged, but because he is an evil person who should be condemned now that he’s been caught. And there is probably no other sexual predator in memory with a reputation so ugly and vilified as Harvey Weinstein.

In the real world – outside the courtroom – making judgments about other people based on their bad reputation makes complete sense. Each of us evaluates someone’s character based on their having engaged in similar conduct in the past, whether it is bullying, lying, cheating, drinking, or race-baiting. Much of the public likely has concluded that Weinstein is guilty based on public disclosures not only of the criminal charges but based on everything that’s been written about his conduct. And many of those persons who will be selected as jurors undoubtedly have read or heard about these allegations and may not be able to erase them, however hard they try.

We know that this type of proof heavily favors the prosecution. Empirical studies with mock juries have shown that when a defendant’s past criminal acts are known and the prosecution’s case has weaknesses, the defendant’s chances of being convicted are doubled.

But we don’t need empirical studies to prove the point; we need only to look at the Cosby conviction in his second trial. To be sure, the dramatic upsurge of the #MeToo movement certainly was a factor. But probably the most consequential change between the first trial, in which the jury deadlocked, and the second was the judge’s allowing five women to testify that Cosby did the same thing to them – drugging and molesting them – that he did to Andrea Constand in his home near Philadelphia.

But the many other uncharged sexual crimes attributed to Weinstein are hardly distinctive; they are typical of any serial sexual predator. The only probative value of such evidence is to show that Weinstein is the kind of person who would intimidate, victimize, and assault vulnerable women. But that is not a proper legal purpose to admit this evidence. Even in the Cosby trial, proof that Cosby drugged other women had at least some colorable relevance of his modus operandi to molest his victims.

Nevertheless, if, as has been reported in the media, Weinstein claims that the women consented to his sexual acts, we expect the court to allow the prosecutor to prove, as in the Cosby trial, that several other women who did not consent were similarly assaulted. And if the judge allows the proof, it will be next to impossible for even the most responsible jury to find Weinstein not guilty.