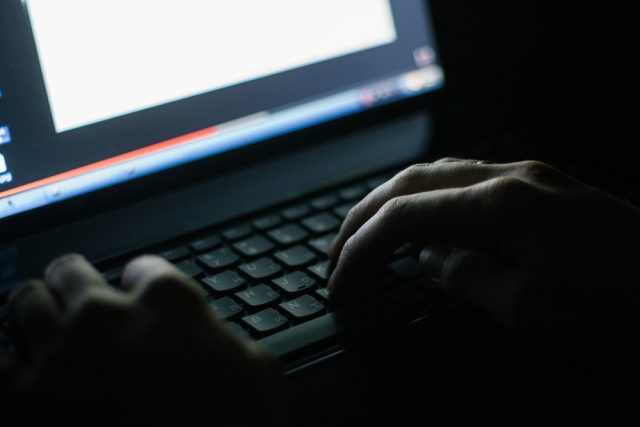 Remember how we were all, “well that could have been worse” when President Donald Trump nominated Neil Gorsuch to the Supreme Court? Well, just look to Trump’s nominee for the Sixth Circuit, John K. Bush. Bush is a Harvard Law School grad and partner at Bingham Greenebaum Doll (which is fine), but he’s also a super-conservative blogger (which is less fine, at least for a judge).

Bush uses the pen name “G. Morris” in his 400+ posts on his wife’s blog Elephants in the Bluegrass. In those posts, Bush calls for the repeal and replacement of the Affordable Care Act, opposes public financing of political campaigns, and wrote that the two greatest tragedies in the United States were slavery and abortion. And he hates the landmark defamation case, Times v. Sullivan. Oh, and he also called U.S. Sen. Ted Cruz “a sore loser.” No wonder Trump likes him.

Other fun Bush-as-Morris tidbits include references to “the mindless message of Obama’s supporters,” and a statement that we should “call Senator Barack Obama the new Monica Lewinksy.”

Bush is the co-chair of his firm’s litigation section and is a prominent figure in his local Federalist Society. His writing is well-crafted, and occasionally, even well thought-out—and I invite him to stay squarely in front of his laptop. Bush is an ardent Trump supporter, and an even more ardent strict-constructionist. In some cases, Bush may even stand out as a solid conservative intellectual. And that’s all well and good. Just not for a federal judge.

First, there’s the issue with Bush’s having used a pseudonym in his blogging. He disclosed his online identity only after he was nominated, when he was legally required to do so in a Senate Judiciary questionnaire. So that’s a little sketchy.

But here’s the real problem: this guy doesn’t look like he has any intention of being neutral. He’s diametrically opposed to anything that could be deemed “liberal.” Reminder, guys. This isn’t how judges are supposed to think. They can certainly have their own opinions, but it’s highly inappropriate for a federal judge to become a zealot the minute he sheds his robes.

During Justice Gorsuch’s confirmation hearing, he was asked time and time again about hot-button political issues. Each time, Gorsuch deftly deflected the questions, always returning to his promise to approach each case on its own merits and without prejudgment. Sixth Circuit judges owe no lesser duty to the bench or the Constitution. Could we picture Neil Gorsuch, or even Antonin Scalia admitting to having a hyperconservative alter-ego in the blogosphere? What about Ruth Ginsburg or Elena Kagan? Yeah, no. Bush isn’t that wise Facebook friend of yours who raises thought-provoking points; he’s more like the one who posts awkwardly-photo-shopped Clinton memes in all caps that uses “you’re” instead of “your.” There’s a place for tunnel-visioned political ideologues –but that place isn’t on the bench.