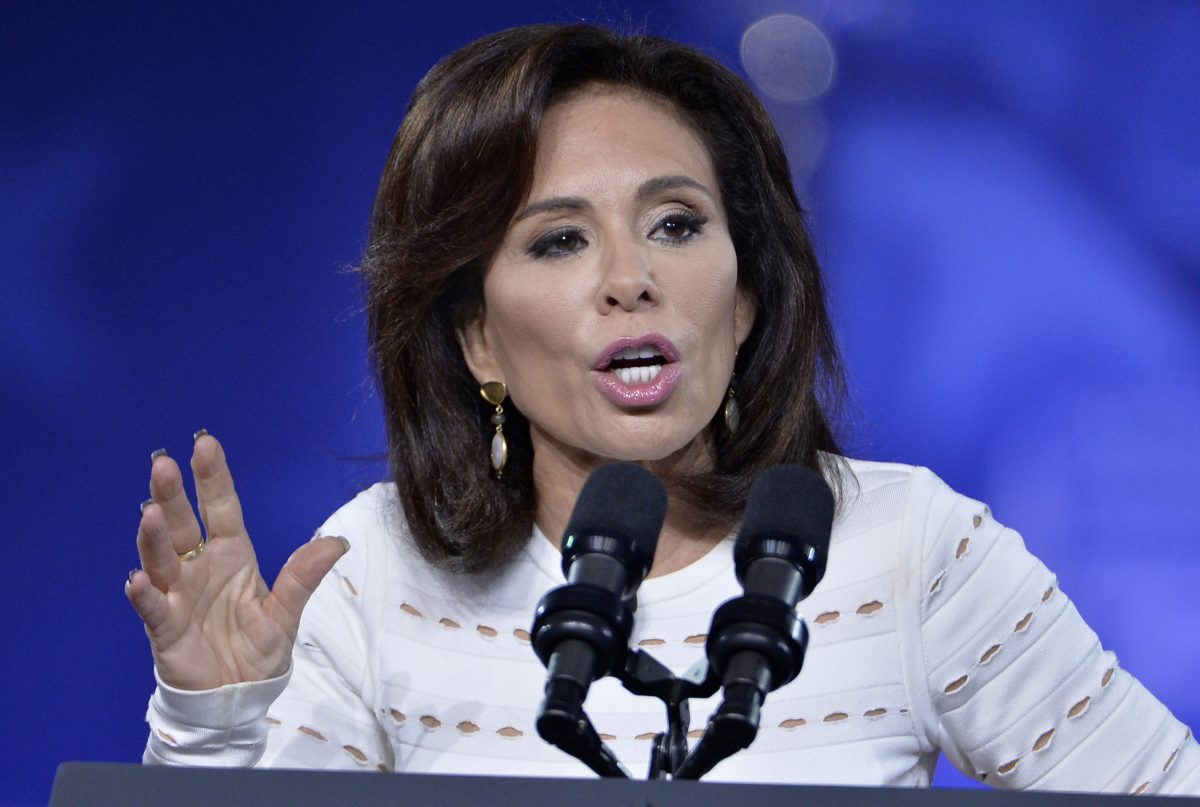 If you thought Donald Trump’s forcing Jeff Sessions to interview Jeanine Pirro for the Deputy Attorney General job was as ridiculous as nepotism could get, Maggie Haberman is here to share this hold-my-beer moment carried out by Trump’s aides:

Pirro interviewed to be the DAG. Sessions resisted. When he resisted, Trump advisors told him if he didn’t give her a hearing, Trump might end up giving her SCOTUS https://t.co/wI8My3hMiY

Yes, seriously. If what Haberman says is true, Trump’s people got the attorney general to consider Pirro for the #2 position by threatening that failure to do so might result in her being appointed to the Supreme Court. To be fair, though, it’s a pretty great threat; Sessions sure wouldn’t be the only person who’d go to lengths to ensure Pirro stays far away from the nation’s high bench.

Pirro at DOJ would be a Saturday-Night-Massacre level crisis. https://t.co/5IcpoYn0vi

It’s hardly surprising that Trump and Pirro are aching to work together; one would be hard-pressed to think of a duo more suited for one another.

Pirro has enjoyed a high-profile career as an intermittently successful, but consistently self-serving politician. She served as a county court judge for two years, and then as Westchester County District Attorney for a decade, during which she used the position to hone her cable news skills. Later, she ran for lieutenant governor of New York, but withdrew the day before the election on grounds that her husband’s business connections would make it too difficult for her to hold public office. Speaking of her husband – he was convicted of a litany of financial crimes right smack in the middle of Pirro’s tenure as Westchester DA.

Pirro’s next move was to wage a sure-to-fail senate campaign against incumbent Hillary Clinton,. The next year, Pirro tried her hand at the New York State Attorney General’s race, running against now-governor Andrew Cuomo, and losing 58%–39%. Pirro’s highly-visible career culminated her current position at Fox News, in which she delivers unhinged nightly rants, half-baked conspiracy theories, and blindly pro-Trump homilies.

Pirro has long been a favorite on Fox – and a special favorite of our president’s. The two have been longtime friends, and Pirro hasn’t been quiet about her interest in the position as top- DOJ official. She’s known for bragging about the possibility of her getting senior government-level work, and Pirro’s Twitter bio, written in Trump-ese, lauds herself to be “a highly respected District Attorney” and “renowned champion of the underdog.”

Under any other administration, Pirro — anything but a serious jurist — would be laughed out of a confirmation hearing for any high-level position. Now, though, who knows?