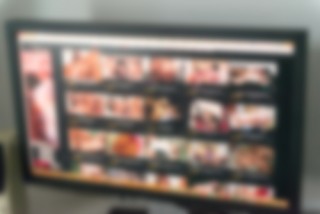 A little background on “party platforms”:

Political “party platforms” are lengthy documents outlining the key principles and ideologies of one particular party. Every four years, shortly before each convention, the DNC and the RNC choose committee members who debate and draft their official party platforms. Party delegates then vote to support or amend platform drafts until a final version is adopted. In a fun little carpentry metaphor, the individual topics included in each “platform” (on which the party will stand), are called “planks.”

I don’t disagree with Forrester’s concern for young people, but the amendment misses the mark, big time.

Compare the old language from the GOP’s former platform: We urge active prosecution against child pornography, which is closely linked to the horrors of human trafficking. Current laws on all forms of pornography and obscenity need to be vigorously enforced.

“Pornography, with his harmful effects, especially on children, has become a public health crisis that is destroying the life of millions. We encourage states to continue to fight this public menace and pledge our commitment to children’s safety and well being,” the amendment stated.

First, the conflation of “pornography” with “child pornography.” Children who are used in pornography and sex-trade are obviously victims deserving the fullest protection our government can offer. No question there. In fact, I’d like to see a pledge to vigorously enforce all crimes against children – not just sex crimes. But equating “internet pornography” with “child pornography,” is the kind of stretch that only makes sense to those who swore same-sex marriage would pave the way for people to start marrying their pets. Declaring that all pornography is “child pornography” has the convenient effect of hitting several hot-button birds with the same political stone; stay tuned, because we’re pretty close to all things sexual becoming child-protective issues.

Second, and more sinister, is the use of the term “public health crisis.” Conservative politicians simply cannot resist using “public health” to justify everything from homophobia to censorship to abortion laws. And this anti-porn plank is a foreshadowing of the inane legal arguments that are bound to follow. Republicans (and anyone else paying attention to Constitutional history) know that when individual states justify controversial legislation as “necessary to ensure public health and safety,” courts are hesitant to trample on state autonomy. Calling something a “public health crisis” places it on sacred ground; here, it’s not even clear what exactly constitutes this crisis, but I suspect it we’ll soon see some sweeping censoring laws designed to help. Worse yet, I expect everything from Match.com to Pinterest will be characterized as “internet pornography” when Republicans find it convenient to do so.

I’m no champion of the pornography industry. It’s multi-billion dollar business that indefensibly victimizes the powerless. The internet makes obscene material accessible to children at a level that is deeply troubling to all reasonable people, especially parents. Responsible regulation of this industry is unequivocally important. And if the GOP platform said that, I’d be writing a very different article.