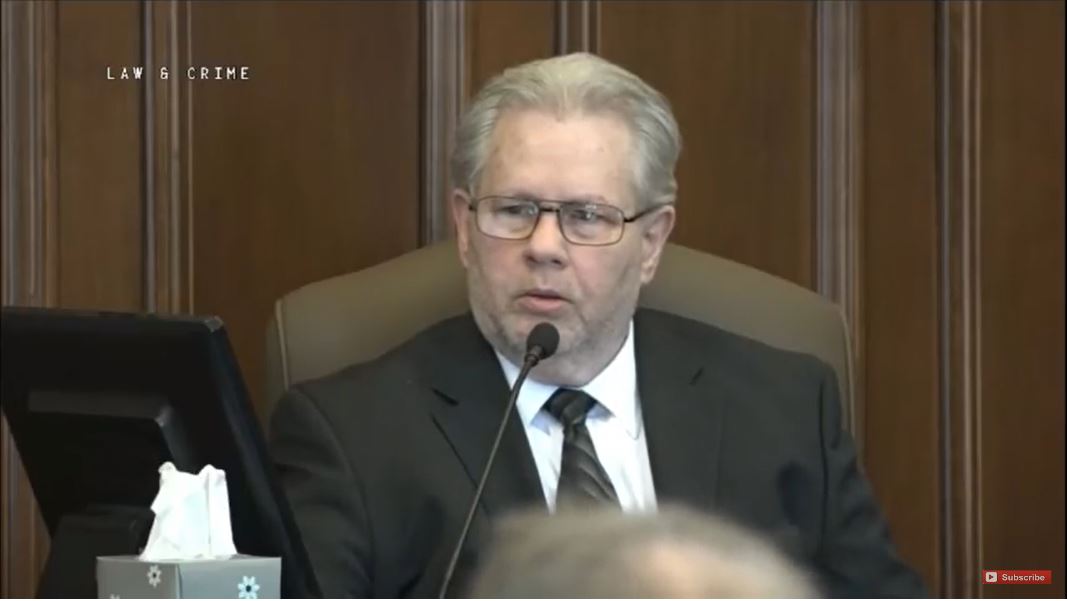 Ohio murder defendant William Knight was convicted Tuesday of murder and felonious assault with a firearm in the death of an unarmed man. The case carried racial undertones. Knight is white. Johnson was black.

Knight, 64, admitted to shooting the victim, Keith Johnson, 24, as the victim was riding a stolen dirt bike. It was unclear whether Johnson knew the bike he was on was stolen. Knight, 64, originally faced two types of murder charges and two types of felonious assault charges.

The bike had been stolen from Knight’s son-in-law a year earlier.  The son-in-law, Knight’s daughter, and Knight later discovered the bike for sale online. Knight’s son-in-law posed as an interested buyer, contacted the seller, and set up a meeting for a short time later that evening. They also called the police. A flurry of calls from Knight’s son-in-law to the police department suggested the family was becoming impatient with the low priority police response to the stolen property call. The family members together decided to go forward with the purported sale appointment without police officers present. William Knight brought a gun. He had obtained a concealed carry permit only a few months earlier.

Testimony revealed that Johnson was sitting on the bike just before the shooting. Knight’s son-in-law had his hands on one of the handle bars. The engine on the bike was revving dangerously, and the bike suddenly took off with Johnson on it. As the bike sped away, Johnson, who was said to have been experienced in handling bikes, laid the bike down on the ground, possibly in an attempt to gain control, according to the testimony of some witnesses. Others said the bike struck the rear wheel area of a nearby car and fell to the ground. The bike spun around and popped back up. Knight fired two shots, striking and killing Johnson. Knight told 911 operators he fired because he feared Johnson was coming back around to harm his family. Prosecutors elicited testimony that Johnson likely lost control of the bike. The defense argued Johnson was a skilled bike handler who did not lose control of the bike and who was deliberately turning to come back at the defendant and his family from some distance away.

At trial, Knight took the stand in his own defense. He admitted he didn’t know where his daughter was standing and that his son-in-law deliberately walked into the motorcycle’s presumed return path at the time he fired his gun.

Ohio law allows lethal force in cases of self-defense and in cases of the defense of others where protection is needed for those “in imminent danger of death or serious bodily harm.” The imminent nature of any threat posed by Johnson was critical to this case. Jurors presumably found that Johnson’s act of turning on the bike was not an imminent threat to Knight or his family members. Though the state shoulders the burden of convicting a suspect beyond a reasonable doubt, a defendant who wishes to argue self-defense or the defense of others must prove, by preponderance of the evidence, that the shooting was justified.