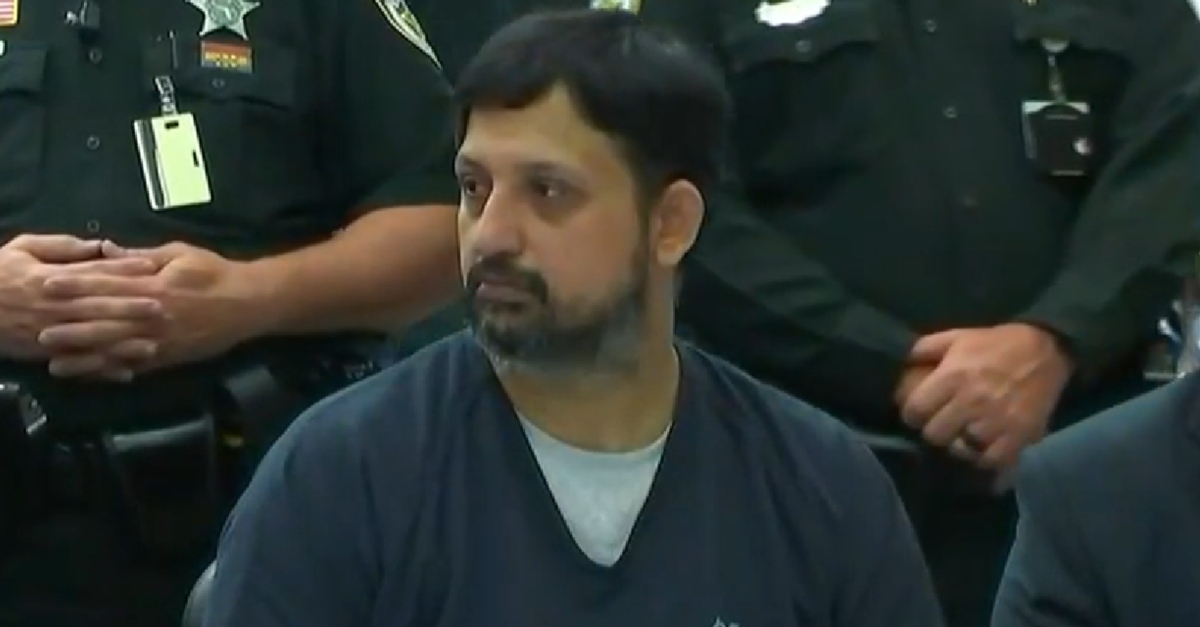 Former Florida cop Nouman Raja was sentenced on Thursday to 25 years in prison for the Oct. 18, 2015 shooting death of drummer Corey Jones.

In March, jurors found Raja guilty of manslaughter while armed with a firearm, and attempted first-degree murder. The judge sentenced him concurrently to 25 years in prison on both counts. Time served will be applied to the sentence.

Prosecutors said the defendant, then an officer with the Palm Beach Gardens Police Department, unnecessarily escalated an early morning confrontation with Jones. The victim was stranded because of car problems after a show, and didn’t want to leave his vehicle out of fear of his drum set getting stolen, authorities said.

Raja at the time was on the lookout because of a spate of auto burglaries in the area. He came across Jones. Prosecutors claimed, however, that Raja defendant never identified himself as a cop. He was in plain clothes, didn’t display his badge and his vehicle was unmarked, they said.

Prosecutors said that Raja, a firearms instructor, ignored his training and orders in approaching Jones. The defendant opened fire as the victim was fleeing, authorities said. Raja admitted that he shot Jones, but his attorneys argued at trial that this was a case of self-defense. Jones owned a handgun, but prosecutors said the weapon’s safety was on, and there’s no evidence the victim was acting combative. The state also said that the defendant lied to investigators about what happened.

The defendant’s wife Karine Raja asked the judge to consider mitigating circumstances, and said her husband faced a “split-second” decision. She said that her husband was a better parent than she would ever be.

Jones’s uncle Marc J. Johnson asked the judge to sentence Nouman Raja to life in prison without the possibility of parole, arguing that the defendant’s law enforcement experience should weigh against him.