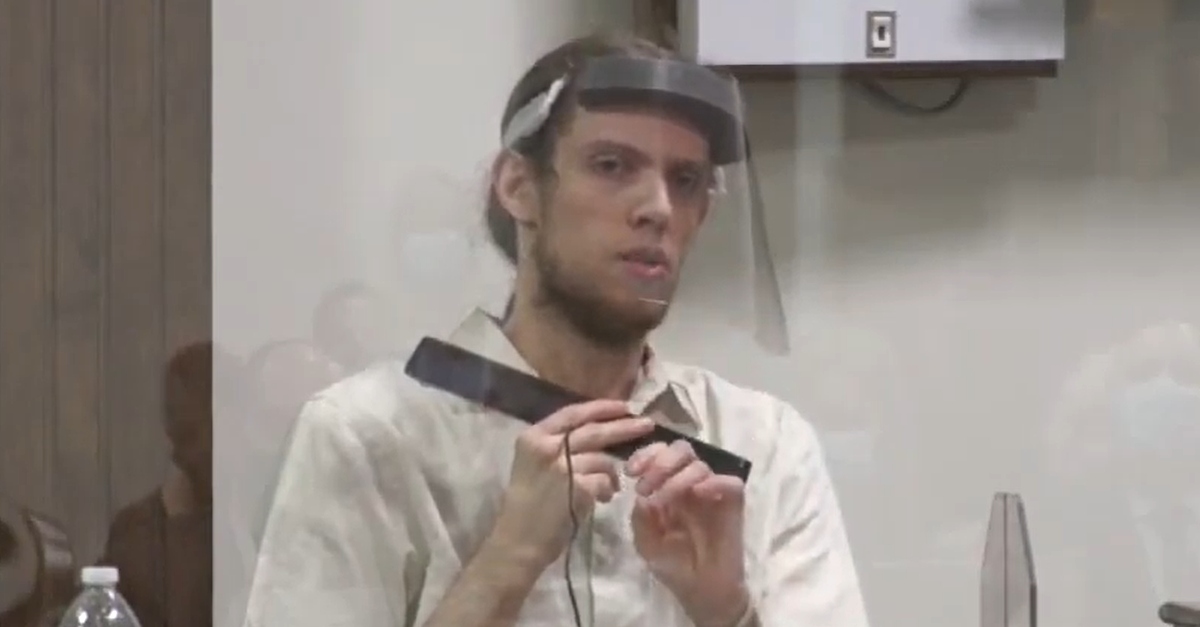 Wisconsin man Jacob Cayer, 30, was found guilty in the June 7, 2016 murders of his ex-girlfriend Sabrina Teague, 23, and her mother Heesun “Sunny” Teague, 64. He was convicted of all charges, including first-degree intentional homicide, burglary, and bail jumping.

Prosecutors said that, in a fit of rage, Cayer brutally killed the women at the Teague home, and tried to slay Sabrina’s then-boyfriend Joel Kennedy. The defendant confessed to investigators, they said. Cayer’s attorney attempted to suggest in closing arguments that there was a lack of evidence to convict.

Cayer’s mental state played a big role in the case, with the trial getting delayed six times over concerns about his competency to confront the claims. He ended up pleading not guilty, and not guilty by reason of insanity or mental defect. In other words, the guilt phase of the trial would occur in separate sections. This was the first one.

#JacobCayer – The jury will first have to determine if Cayer committed the murders/crimes. If guilty, then 2nd phase we’ll hear from mental health experts and others for jury to determine if he is not guilty due to mental disease or defect. @LawCrimeNetwork

Both sides agreed these deaths were murders. The question was whether the state had the right defendant. In opening statements, Brown County District Attorney David Lasee described the killing as a “horror movie.” In closing arguments, Deputy District Attorney Dana Johnson told jurors this was clearly a homicide. For example, Heesun Teague sustained fractures to multiple parts of her body including her skull. Causes of death were stab wounds, compression of the neck, and blunt force trauma.

#JacobCayer – Recap – Wisconsin man on trial for double murder. Cayer is accused of killing his ex-girlfriend, Sabrina Teague and her mother Sunny Teague by stabbing them to death. Sabrina’s current boyfriend survived the attack and testified this morning. pic.twitter.com/89TNoTThsP

The state’s depiction of events was that Cayer went to the Teague home, killed Sunny, then ambushed Sabrina and Kennedy when they arrived. They repeatedly dismissed any suggestion that Kennedy, or another person, might have done it. He had sustained a stab wound through his arm and chest, Johnson said.

#JacobCayer – Arguments without jury present – Prosecutor says the defendant believes victim Sabrina accused him of sexual assault. He said whether or not that actually happened, if Cayer believes it that goes to motive. pic.twitter.com/BwAzIXdnXk

The defendant insisted in his testimony that he did commit the acts.

#JacobCayer on the stand watching the video of himself in the hospital using a pen to describe stabbing Sabrina Teague. He claims he was describing how someone would have stabbed her, not him. @LawCrimeNetwork pic.twitter.com/ZafXcqhALH

Defense lawyer Anthony Cotton told lawyers that even Kennedy’s testimony said Cayer never threatened the Teagues, and that Sabrina never brought up her ex-boyfriend in the six or seven months she dated Kennedy. There was some sort of incident at Walmart where she and Cayer crossed paths, but there was nothing violent, he said. Kennedy admitted to providing some inconsistent testimony, and the last thing he searched before the murders was “famous last words,” the defense said.

Johnson asserted that the defendant didn’t look like someone actively running away from the scene, no gloves were used, and there was no motive to kill Sunny, according to the attorney. None of Heesun Teague’s blood was found on him, said the defense. A lot of things were taken, but not everything was tested, he said. The lack of Sunny’s DNA on Cayer was significant, Johnson said. He suggested that guilty people would be trying to hide evidence, but Cayer immediately asked investigators to look at everything. There was no signed confession, he said.

Lee rebutted, saying there was a “mountain of evidence.” He suggested that Cayer washed himself off after killing Heesun, and before killing Sabrina. Cayer lacked the time to wash off after killing Sabrina because Kennedy survived to call 911, which explained why the daughter’s DNA was on the defendant but the mother’s was not, the D.A. said. Police arrived to find both showers had been turned on, Johnson said.